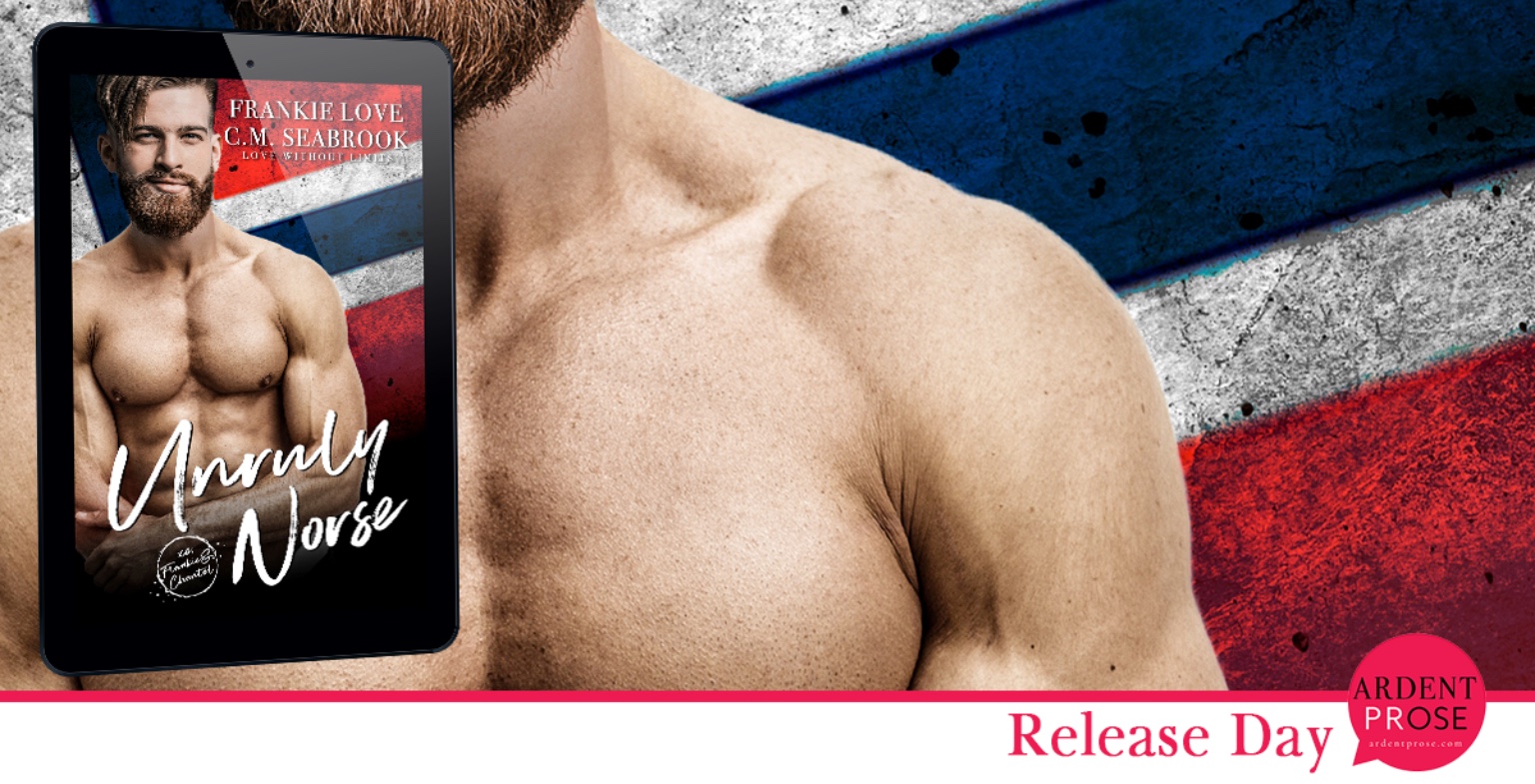 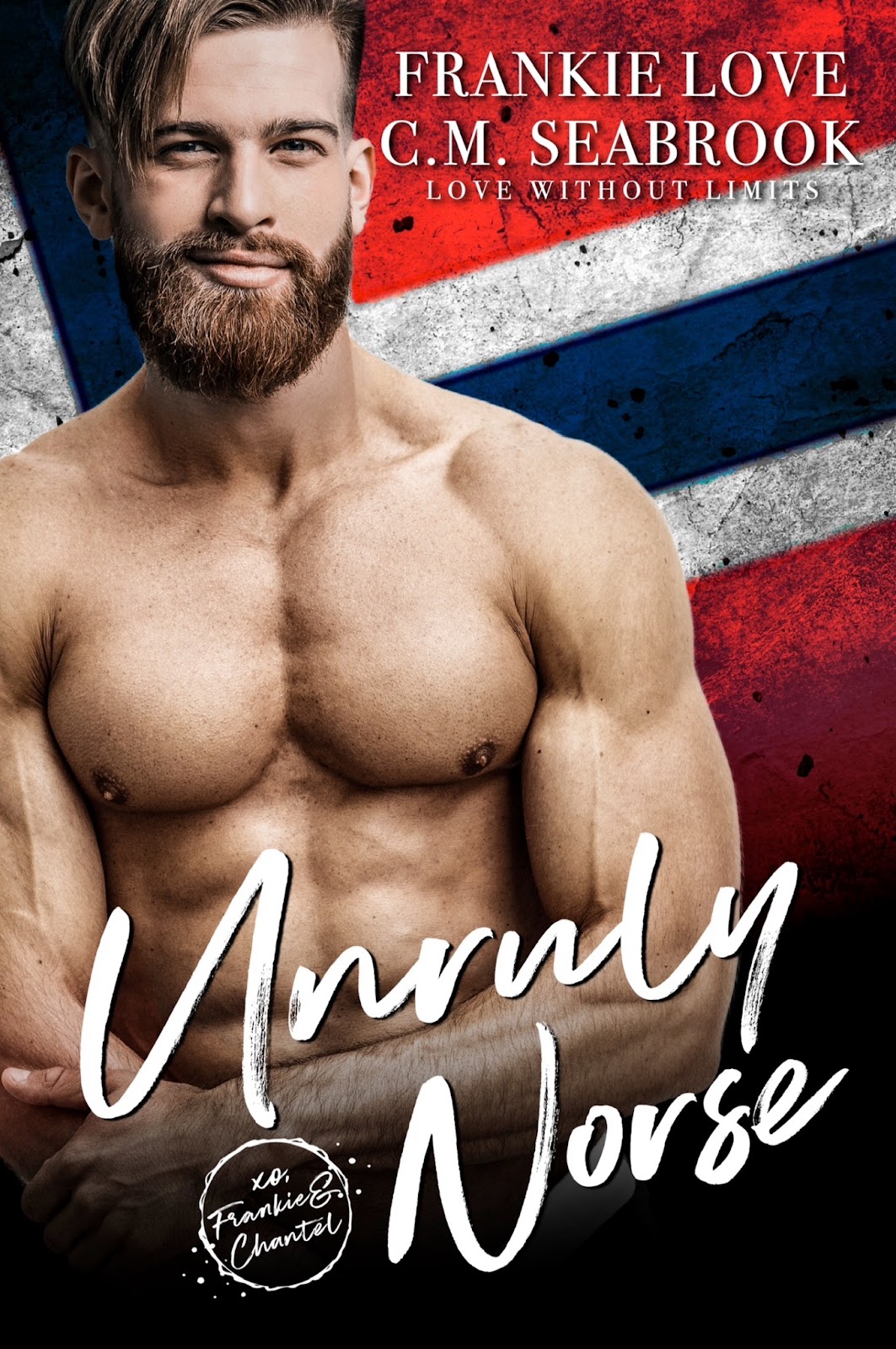 I'm a Nordic fisherman with a simple life.

But when my sister dies in a tragic accident, I'm suddenly the guardian of three children who sorely miss their mother.

My fishing fleet won't run itself, so I hire help for my niece and nephews.

Sofie is no ordinary nanny - she's beautiful inside and out.

And when she's in my arms, I never want to let go.

But Sofie has a life that's bigger than a small coastal village.

And I'll have to prove to her that I'm more than a fling - I'm her forever.

Turns out we have a soft spot for fjords, fisherman, and Norse gods!

Well, Erik's not a god, exactly.

But with that hair, those stormy eyes, and that mountain of a body we're calling him Thor.


“Astrid, you need to eat.” I sit down at the kitchen table beside my niece and push her plate closer to her, but the six-year-old just stares blankly at the old raggedy doll she clutches to her chest.

She’s barely said any words since my sister and brother-in-law were killed by a drunk driver six weeks ago. The girl has grown more and more sullen, drawing deeper into her sorrow each day.

Unlike the two unruly boys that run around the kitchen, tormenting each other, and causing as much havoc as they can, Astrid has internalized her pain. And I have no idea what I’m supposed to do.

Finn, my eight-year-old nephew, holds a candy bar above his brother’s head, taunting him. “You can’t have it because you’re too little.”

“Finn, Lars, go outside,” I order, running a palm over my beard, and wondering how I’m going to survive this. I should be out on the water with my men, bringing in a haul of cod, not looking after my sister’s children. But one selfish asshole changed all of our lives forever.

“Give it to me,” Lars shouts before using all of his weight to tackle his older brother.

The four-year-old is all Johansen, sturdy and blond, with eyes like mine and Nora’s, the color of the sky just before a storm rolls in. And I have no doubt he’ll match my six-foot-four build when he’s older.

Finn, on the other hand, is built more like his father, slim, and tall, with dark hair, and clear blue eyes that are constantly looking for trouble.

The boys roll on the ground, and I grab the two of them, pulling them apart before any punches are thrown. God, what would Nora do right now? Or Daniel? He’d have these two under control with one stern look.

I’d wondered what my sister saw in the American when she’d first brought him home, but the man had quickly become one of my closest friends. And together we’d grown our company, bringing economic growth and prosperity to the small fishing village forty miles south of Oslo. And while we grew our fleet, Nora had built a home.

A family that any man would be jealous of.

Anyone but me. I’d been content with my life at sea. Sure, one day I figured I’d find a good woman and settle down. But I’d never imagined I’d be twenty-six and taking on the responsibilities of three young children.

Children that are still squirming in my arms, trying to strike out at each other.

“Outside, now,” I say, putting them down. I break the candy bar in half and give each of the boys a piece, then point toward the door. “And take Odin with you.”

The hound’s ears perk up at the sound of his name, and he follows my nephews out the front door, wagging his tail.

I can see them through the large kitchen window as they race across the yard, Odin following behind, crisis temporarily averted.

Leaning on the counter, I take a deep breath.

Everything will be okay. But even as I think it, I’m not sure if it will be.

The woman from the nanny placement services arrives tomorrow. And I’m hoping that things will be able to get back to normal, or whatever my new normal will look like.

It was Daniel’s mother who’d recommended the agency. After the accident, she’d come to Norway to help with the children, but she’d only stayed a few weeks before returning to the States.

There’d been some talk about her taking the kids back to Seattle with her. Part of me wondered if it would be for the best, because honestly, what do I know about raising kids?

But I know my sister would want her children to be raised here-in the home she built, surrounded by the green hills and open sea. She may have married an American, but her heart always belonged to Norway.

So I’d done as her will had asked, and moved into their house, taking over the responsibilities of mother and father.

“I want my mamma,” Astrid says so softly I barely hear her.

With a sigh, I turn and place a hand on top of her head, willing myself to be what she needs. Knowing I’m far from it. “I know, sweetheart. I wish she was here too.” I crouch down so I’m eye level with her. “But even though she’s not here, I know she wouldn’t want you to get sick. And if you don’t eat, you will. So will you please take a bite for me?”

Fine wisps of blonde hair fall over her face, and there are tears in her eyes when she finally looks at me. “Okay, Onkel Erik.” She takes a slice of the bread from her plate and takes a small bite before putting it back.

“Good girl.” I kiss the top of her head before standing. It’s a small victory.

The boys are still in the front, and I groan when I see Lars. He’s covered head to toe in mud, and from what I can tell he’s got fists full of it and is chasing Finn. The phone rings before I can yell out at him.

“We need you down at the harbor,” Filip says on the other end. “One of the boats is having engine problems.”

“Then call the mechanic. I can’t make it in today.”

Filip sighs. “The men need to see you, Erik. I know you’re dealing with a lot right now, but there’s been talk—”

“What kind of talk?”

He hesitates before answering. “You’re a good man, Erik. But we all know that you’re a better fisherman than a businessman. Daniel kept the books—”

“You can tell whoever’s been talking that they don’t need to worry. They’ll get their paychecks on time.” A car has pulled up the driveway, and I frown. I’m not expecting anyone.

I glance at the calendar and curse under my breath. How did I lose a whole day? Not only that, I was supposed to be at the airport three hours ago to pick up the woman the agency sent.

“Dritt,” I mutter more loudly, causing Astrid to raise her brows at me. “I’ll call you back,” I say before ending the call. “Astrid, get your shoes on, we need to go.”

She slips off the chair. “Go where?”

“To the airport. We have to—” Through the window, I see what happens next in slow motion. But no matter how fast I move, I know I can’t stop it from happening.

Both Lars and Finn are hidden behind a bush, and I see the trouble in their eyes, and the mud in their hands. When the back door of the car opens, a pretty woman steps out.

Strawberry blonde hair whips in the wind, crystal clear blue eyes scan the yard. She’s tall and lean and has an elegance to her that takes my breath away. And she’s about to have mud slung at her.

I push open the screen door, yelling at my nephews as mud balls are flung through the air. The first one hits her arm, and I’m halfway out the door yelling at the boys when the second one lands square on her cheek.

She sucks in a breath, those blue eyes going wide with shock. Her delicate hand reaches up and wipes away the mud from her cheek, then her gaze locks on mine and I see her step back, her hand on the door handle of the taxi.

“Vær så snill,” I say, storming toward her. “What?” she asks, her voice soft and smooth. Like she needs someone to hold onto her, to keep her here. That person is me.

“Please,” I say in English. “Don’t go.” I contacted the agency because I needed help this summer.

But one look at her tells me I need a hell of a lot more than help.

So in love with these authors and this series heck all of their books. But I have to say this series I will drop what I am reading and read this one instead. Hes a Nordic Fisherman who is so alpha it will make your heart beat out of chest, but his kind and gentle and you will fall in love with him. She's the beauty queen that knocks him on his behind. When he hires her to look after his niece and nephews he is blow away but how she is. Now the two of them have to navigate through life all while he is trying to keep his fisherman business afloat with out his best friend/business partner/brother-in-law. Can these two have it all and make sure the children stay out of trouble? Or will he fire her on the spot?


Frankie Love writes filthy-sweet stories about bad boys and mountain men. As a thirty-something mom who is ridiculously in love with her own bearded hottie, she believes in
love-at-first-sight and happily-ever-afters. She also believes in the power of a quickie.

You can find her at FRANKIELOVE.NET or on FB.
Frankie also writes under the pen names CHARLIE HART.