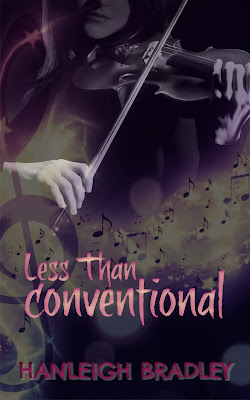 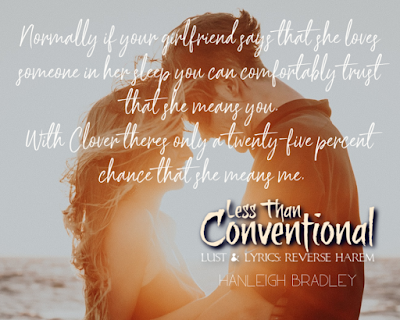 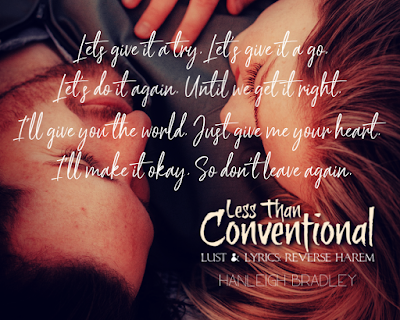 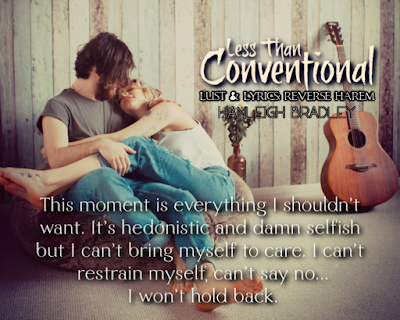 It might not be conventional, it might not even be normal, but it's exactly what Clover wants.
She refuses to choose. She doesn't want just one. She wants them all.
But when her parents and the band's fans find out about her unconventional relationship, what will and her four celebrity boyfriends do?
Can their love win against the hate or will it all fall apart?


About The Lust & Lyrics Series

Lust & Lyrics is a Contemporary Rock Band RH Romance.
Clover & Creed are twins. Their parents are rock stars and expect them to follow in their footsteps. Creed obediently starts a pop band, Saving Creed, while Clover goes travelling.
to come early when Creed has a car crash. Her crazy mother puts a wig on her head, bandages up her boobs and throws her onto the stage at the London o2.
be able to keep her identity a or will she fall in love with her four band mates? 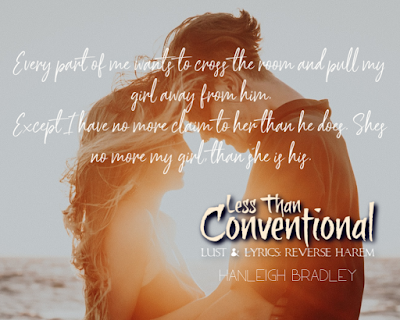 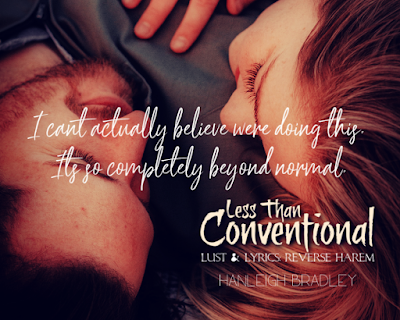 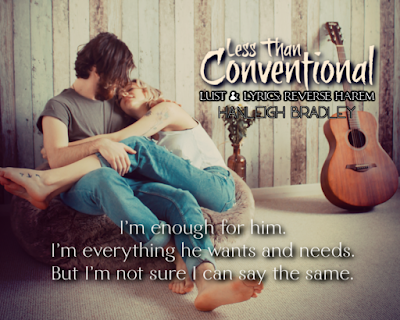 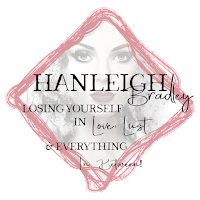 Hanleigh is a British author. She was born in Scotland but has lived near enough her whole life in the South of England, although she recently moved to the Midlands. Hanleigh loves reading books more than anything in the world; it’s reading them or writing them, Hanleigh just can’t get enough.

She relishes in the way authors can create whole worlds with the words they put in their books. She wishes that being an author really was magic, just like Once Upon A Time. Hanleigh absolutely adores Romantic fiction. She first fell in love with literature as a small child reading . She then fell in love with romance as a genre when she first read Pride Prejudice by Jane Austen.

Hanleigh is about as English as it’s possible to be, which is highly ironic as she isn’t English at all. She sometimes wishes she could live inside the world that she can create inside her mind, but since that isn’t possible she puts pen to paper and shares that world with this world instead.

Losing Yourself In Love, Lust & Everything In Between.