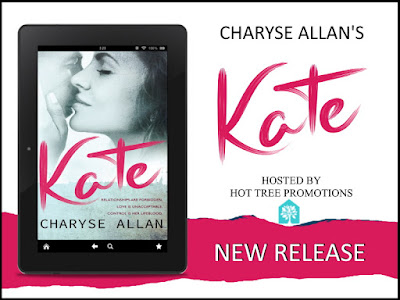 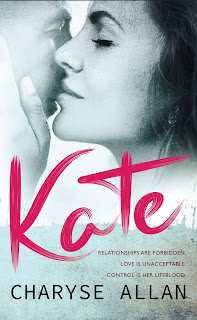 After escaping her past, Kate builds her life around a single purpose: staying hidden. But when the unexpected threatens to unravel her tightly kept secrets, her will to remain alone falters.

Kate ran, planning to leave behind a shell of a life, giving herself strict rules to live by in order to keep the past hidden. But these rules have her trading one prison for another.

Then Kai sneaks into her life, shoving through her shields, getting her to break every one of her rules. An unexpected surprise threatens to unravel her secrets and strip away the control she fought so hard for. But she embraces it, diving into the unknown with Kai.

When her past catches up with her, she battles to keep those she has come to love protected, refusing to relent the strength she found within. But when stuck in a place she never wants to return to and with no chance of escape, she fears losing everything she's allowed herself to cherish.

I thumped to the ground on the other side of the fence, steadying myself just before I toppled over. The familiar damp, mucky scent of the creek hit me right before I got to it. My pace didn’t slow even after I ran over the worn log that was my bridge to get across the creek, which was still part of our property, only outside the fence. Then I was off for the highway, leaving the luxurious plantation behind me. No more would I follow their rules. No more would I dress up for Mother’s popularity contests. No more would I allow them to decide my fate.
My fate would be my own.
Delia was parked at the edge of our property in her station wagon Volvo, just as she had promised. The Rankin’s Movin’ On assaulted my eardrums when I opened the door. My heart squeezed in my chest, tears pricking at my eyes. But I shoved all fear away when I climbed in that front seat. Delia had a lit cigarette held out toward me the second I had the door shut.
“Ready, sha?” she asked as I took a long drag of that Joe, nerves and excitement thrumming through my veins.
“Damn right, I’m ready!”
We screamed in excitement when she squealed away from my life trap. “I got an entire album made up for this getaway.” She wagged her dark brows at me, her springy brown hair bouncing as she wiggled to the beat of the song.
We danced and sang, even while tension grew in my chest as the border of the state came closer and closer.
Her gaze jumped between my eyes and lips, eyes and lips. My blood boiled. I was going to devour her. But I gritted my teeth to keep from doing so. I’d already gone to her over and over, made every move. It was about time she did the moving.
And she did.
Leaning over the armrest, she brushed her soft lips over mine. The sharp breath I sucked in couldn’t be stopped. Blood rushed through my veins, my pulse pounding in my ears. I wanted to gobble her up but again stayed my hand. She pulled back slightly, and I bit my cheek to keep from grabbing that braid and crushing my mouth back to hers.
“Oh, and I forgot to add, no more being a jackass,” she murmured against my lips, and my heart sang.
I fucking adored her.
I chuckled darkly, muttering, “Now that’s one thing I cannot abide,” before snaking that braid around my hand and brushing my lips against hers. 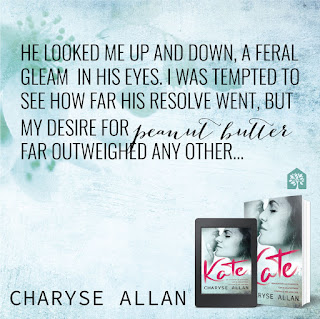 Charyse Allan is an avid reader but didn’t become one until high school. This is also when she realized her passion for writing; however, it wasn’t until a couple of years into her marriage that she tried her hand at writing a novel.

She grew up in Arizona, dancing at her mom’s studio and riding horses at her dad’s house. She’s a jack of many trades, having been a pastry chef, line cook, server and secretary, but is now living her dream as a writer.

She published her first novel in 2014 and has published four others since. She is working toward her BA in Professional Writing through GCU. Now married to her best friend/high school sweetheart, they live in the sweltering heat of Arizona raising their four kiddos and three Goldens. She still enjoys baking the occasional dessert for close friends and family. She's a bookaholic and chocoholic; her vices keep her sane, but YAH keeps her patient.