THREE DAYS TO BRIDGEWATER! Their Wanted Bride by Raisa Greywood is live on September 17th. 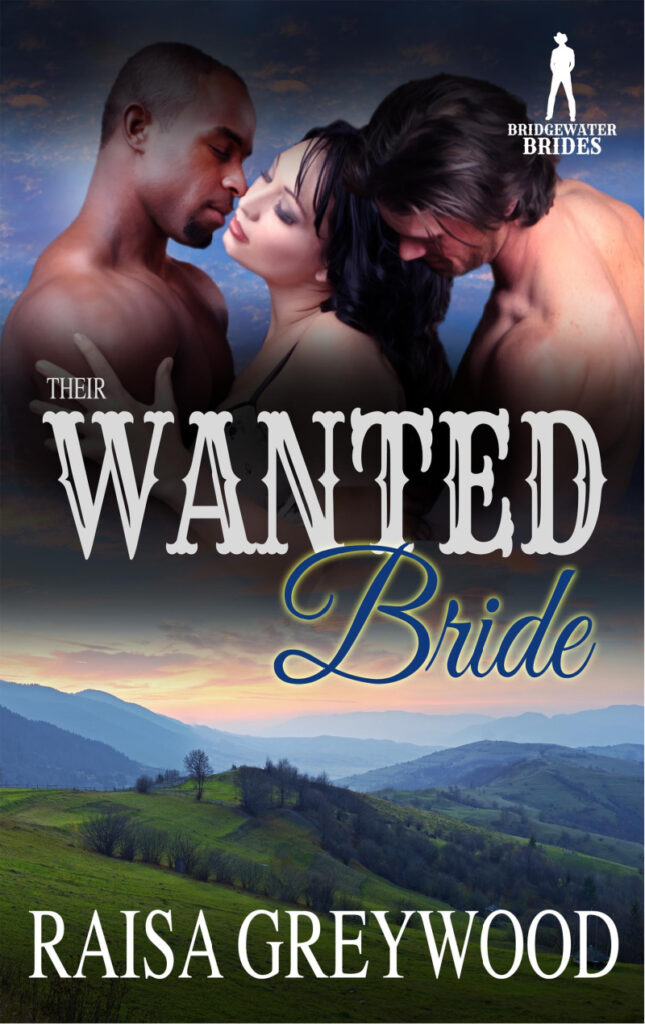 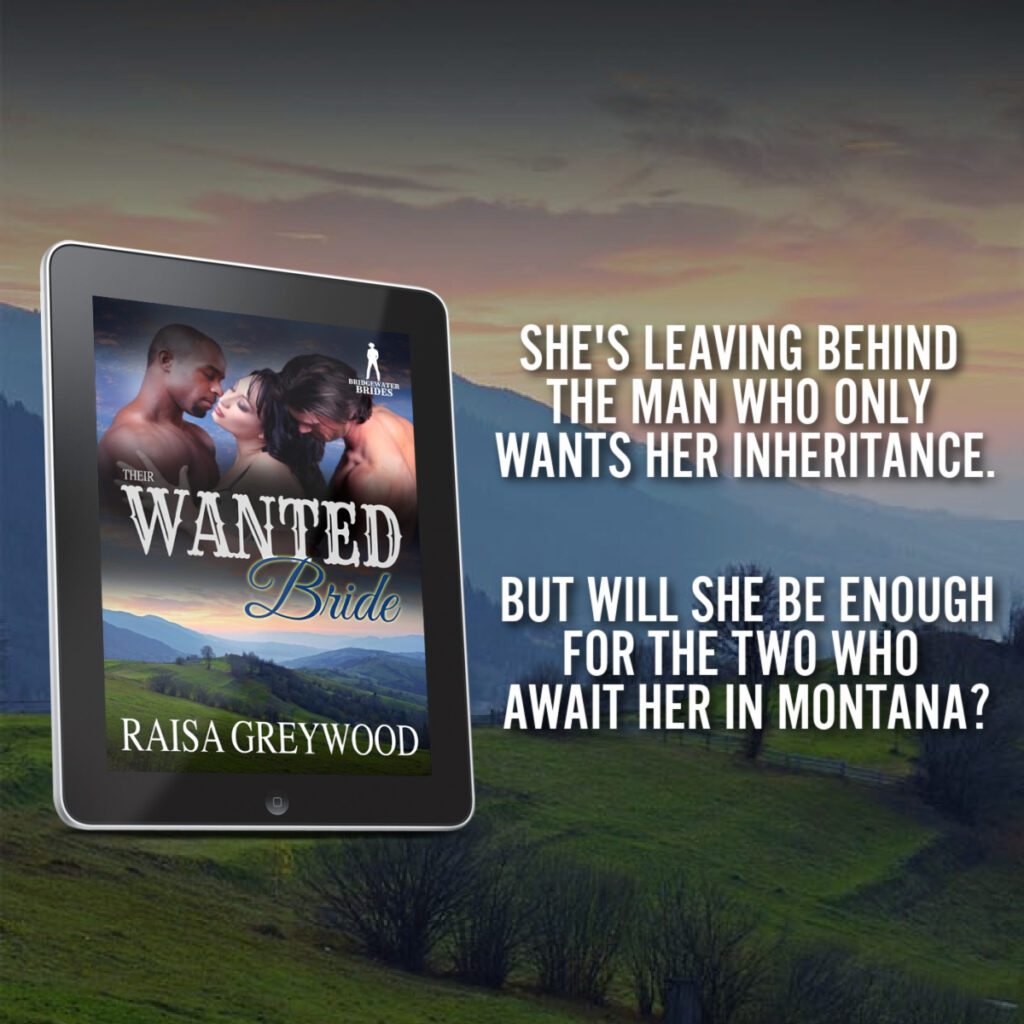 BLURB:
When two brawny cowboys seek a mail-order bride, they get more than they bargained for.
Desperate to escape the ruthless clutches of a man who wants her only for her inheritance, the lovely and daring Madelaine O’Connor flees on the first train west. Her hopes for safety and love rest far away in the hands of a stranger in the Montana Territory. She soon discovers she's bound to not one man, but two. These are Bridgewater men, who together, will claim Maddy in the most intimate of ways.
But everything isn't as perfect as it seems, for trouble follows the wanted bride all the way from Kentucky. Can they survive the threat to their love... and their lives? 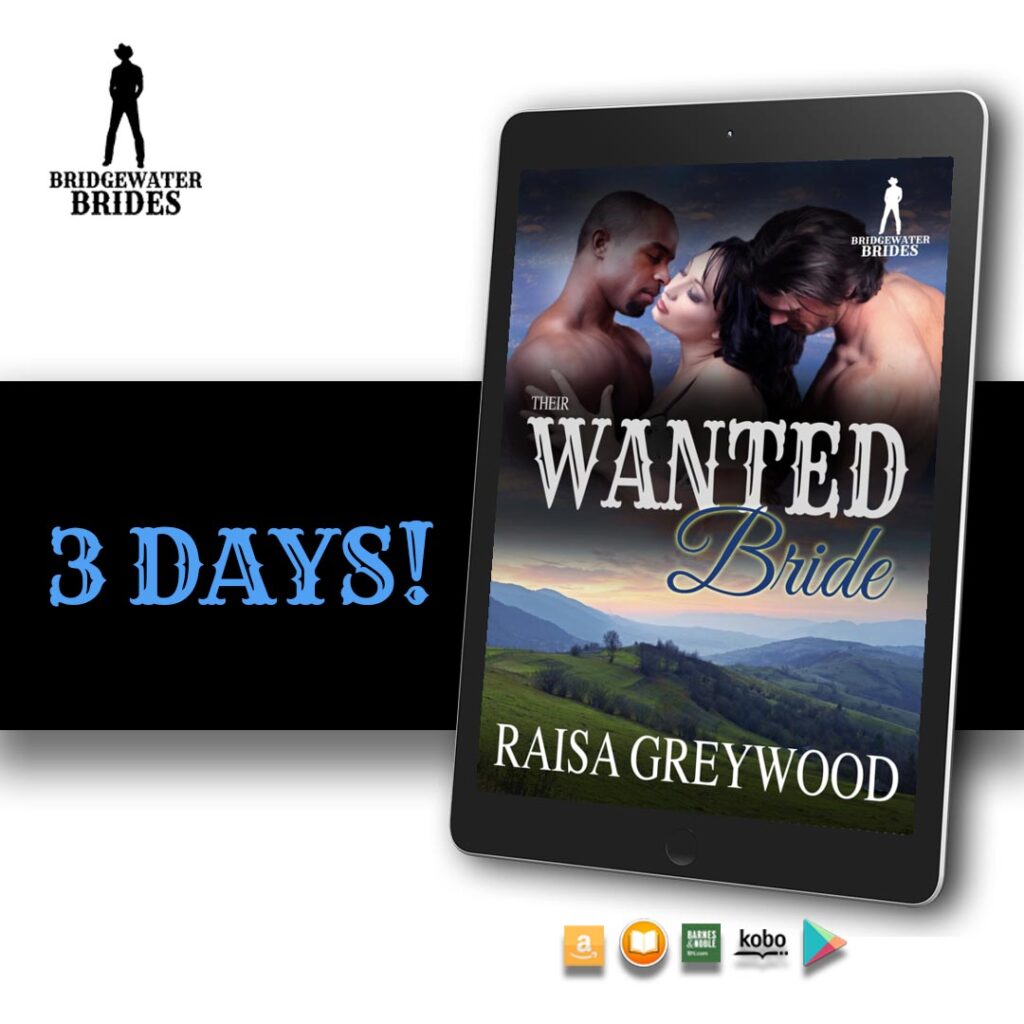 About Raisa
Author of filthy smut, empty nester, and cat snuggler, Raisa grew up in traveling all over the world with a military family, but finally settled down and married the love of her life. After nearly a quarter century together, she and her husband are still very much in love. They even hold hands in public! They share the house they bought as newlyweds with a pair of irascible cats and a big red rescue horse.
She’s worked as a teacher, an actuary (her husband called her a bookie – which isn’t too far from the truth), mother, scout leader, and is now enjoying semi-retirement.
Find Raisa Everywhere: Amazon → https://amzn.to/31lvwMy BookBub → http://bit.ly/31f56w4 Facebook → http://bit.ly/2MHsYTL Goodreads → http://bit.ly/31i84Qn Instagram → http://bit.ly/2MWdBaj Twitter → http://bit.ly/2OWAWeB Website → https://raisagreywood.com