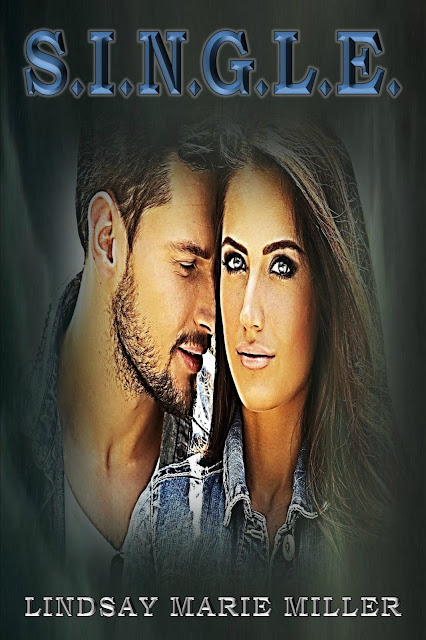 Jessica Jacobs is a twenty-two-year-old finance major at the University of Washington, whose brief encounters with blind dating have left her a single, cynical woman. When her best friend, Sara, gets dumped by the love of her life on Valentine’s Day, Jessie proposes a pact boycotting all men for the rest of the semester.

But then Jessie meets Graham, a gorgeous, yet respectable gentleman with the body of a Greek god and a heart of gold. Torn between her commitment to the pact and an undeniable attraction towards Graham, Jessie remains guarded and distant, which only makes Graham want her more. As fate intervenes time and time again, Jessie must embrace the inner fear surrounding her heart or risk losing the only man who would never break it. 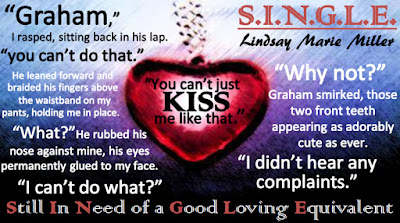 
Feeling a stich in my side, I slowed to a stop and unzipped my jacket. With my hands on my hips, I took several deep breaths, embracing the sharp burn in my lungs. I loved this time of year, when the snow was at its last days. I enjoyed the cold white sheets of ice, because I knew that they would be gone in no time. Just like everything else.

“Hey, girl!” An SUV full of guys pulled up beside me, the one in the passenger’s seat sticking his head out the window. “What’s your name?” he asked, looking me up and down.

Ignoring him, I turned on my heel and kept walking. But the SUV stayed at my side, slowly skimming the edge of the sidewalk. Warmth flooded my body, along with a mix of fear and unease.

“Hey!” the driver shouted, leaning over the console. “We’re talking to you! Come here!”

They must have been students, like me and Sara. The neighborhood wasn’t far from campus and we knew a handful of people at school who had rented houses here before, out of a dislike for dorms and apartments. If these guys went to UW, I hoped that today would be our first and last encounter.

“Maybe she needs to warm up,” the passenger suggested. “Here, Ice Queen! Have some coffee.” He threw a Starbucks cup out the window at me, despite the fact that the container wasn’t empty.

As I braced myself, steaming hot coffee burst through the lid and splattered all over me. I staggered back and collided with another runner, as we both fell to the ground.

“Yes!” the guys in the SUV cheered. They took off, speeding through the neighborhood, as the passenger stuck his head out the window and rejoiced in celebration.

“Jerks,” the stranger beside me muttered.

Sitting back on my elbow, I looked over at the one thing I hated the most in this world right now. The one thing that had to be here at this moment. A Guy.

“Let me help you up,” he offered, extending his hand for me to take. When we were both on our feet again, he looked at me and smiled. It was the best smile I had ever seen.

Dressed in jogging pants and a sweatshirt, he was the embodiment of everything I had been searching for and now sworn off for good. Tall. Lean. Attractive. His short, curly hair was the darkest shade of brunette, yet not quite black. His eyes were soft and light, his irises somewhere in between blue and gray. My mouth watered at the sight of his chiseled cheekbones, strong jawline, and the slight stubble on his face.

He was my dream guy, but I had given up on dreaming a long time ago. So I did what I had to do. I ran.

“Hey, wait,” he pleaded, grabbing my arm. “Are you okay? I’m sorry about those guys. Don’t worry about them. They’re just jerks.”

I nodded, then looked down at the coffee stains on my clothes. These would be fun to get out, especially since our washing machine was a gadget sent straight from hell.

With my head down, I stepped back and walked away from him. 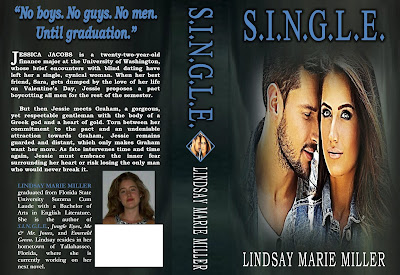 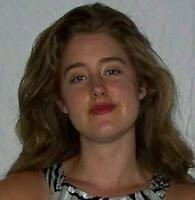 Lindsay is the author of S.I.N.G.L.E., Jungle Eyes, Me & Mr. Jones, and Emerald Green. An incurable romantic at heart, she enjoys writing about strong heroines and the honorable gentleman who claim their hearts, often utilizing elements of suspense, adventure, or even comedy. While the context of her writing is diverse, one factor always remains at the center of every novel: Love. 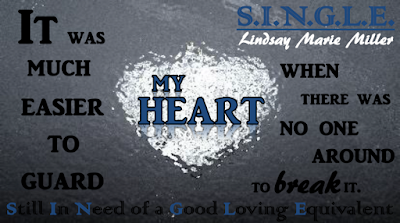