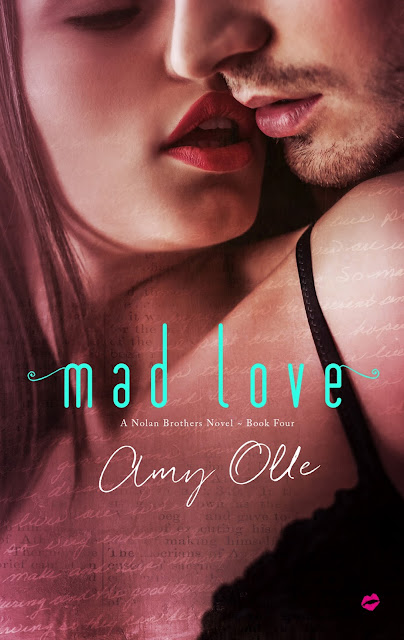 BLURB:
Prue Lockhart has loved Leo Nolan for as long as she can remember. From the first moment she saw him, through the years he spent fighting overseas, until he returned home, broken and beautiful.


He was always meant to be hers.


He just hasn’t realized it yet.


For the past four years, Leo hasn’t cared enough to want anything from this world, except whiskey—or vodka, or bourbon, or beer. Until he meets her, and suddenly, she’s all he’s ever wanted. But after a murky night together, he wakes up to discover the woman in his bed isn’t merely a pretty girl he picked up at the bar.


And she’s in trouble.


But as the failed mission four years ago proves, Leo can’t be the one to help Prue. No matter how delicious the madness that keeps pulling him to her. 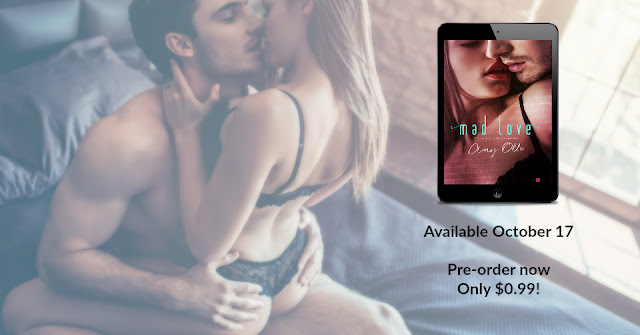 
Prue stared at the man standing in her bedroom, wondering where the guy she’d brought home last night had gone.
Sober now, and alert, a hardness clung to him as a cold, inscrutable mask. No passion simmered in his green eyes.
“What’s your name?” He bit out the words.
She wanted to lie, though she didn’t know why. “You know my name.”
“I want to hear you say it.”
“It’s Prue.”
His shock gave way to something else, something darker. The hairs lifted on her arms.
“Prue what?”
“Leo, why are you—?”
“Your last name,” he snapped. “What. Is. It?”
“L-Lockhart.”
A nasty curse shot from him.
Alarm drove her to her feet. “Leo, what is going on?”
The words died in her throat when his gaze raked boldly over her body, zeroing in on all the places her flimsy sleepshirt didn’t provide cover. Her heart performed a series of perilous flips.
“You’re Owen’s kid sister?”
She blinked at him. “You know I am.”
“What are you talking about? I have no idea who you are.”
“Of course, you do. We’ve met before. Several times.” She spoke around the sand filling her mouth.
“When?”
“When you came home with Owen on your first leave, and at your graduation—”
“That was ten years ago.” He drove a hand through his hair and tugged at the ends.
“It was eight.”
“How in the hell am I supposed to remember something that happened eight years ago? Hell, I don’t even remember what happened last night.” 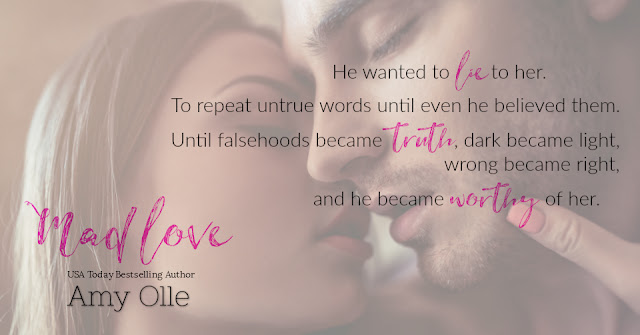 
“I don’t want to hurt you,” he said thickly.
“You can’t.” A smile found its way to her lips. “But if it makes you feel better, we’ll use a safe word.”
His brows slammed together. “What now?”
“You know, like they do in the sex clubs. A safe word. Like banana or Oklahoma.”
His rusty laugh carried on the night air. “Holy shit, this is the most fucked-up conversation I’ve ever had sober.”
Her laughter mingled with his. “Have I managed to convince you yet?”
“I don’t know what’s happening. I just keep hearing the word sex and everything else is a drone.”
“Okay, then hear this: Leo, I want you. For sex, not marriage. Maybe friendship, but that’s probably a slippery slope. When this is over, we’ll go our separate ways, as if we never met. What do you think?”
He snagged the zipper of her sweatshirt and tugged her to him. “I think I’m in trouble.” 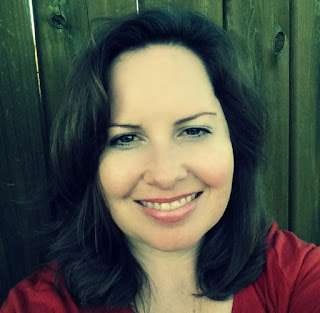 BIO:
Amy Olle is a USA Today Bestselling Author of sexy contemporary romances filled with charmingly flawed characters and cozy settings. Her debut novel, Beautiful Ruin, is the first book in a series about five Irish-born brothers sent as children to live with family on a remote island in northern Michigan. She is delighted to put her Psychology degrees to good use writing romance.