up AGAINST the WALL Release 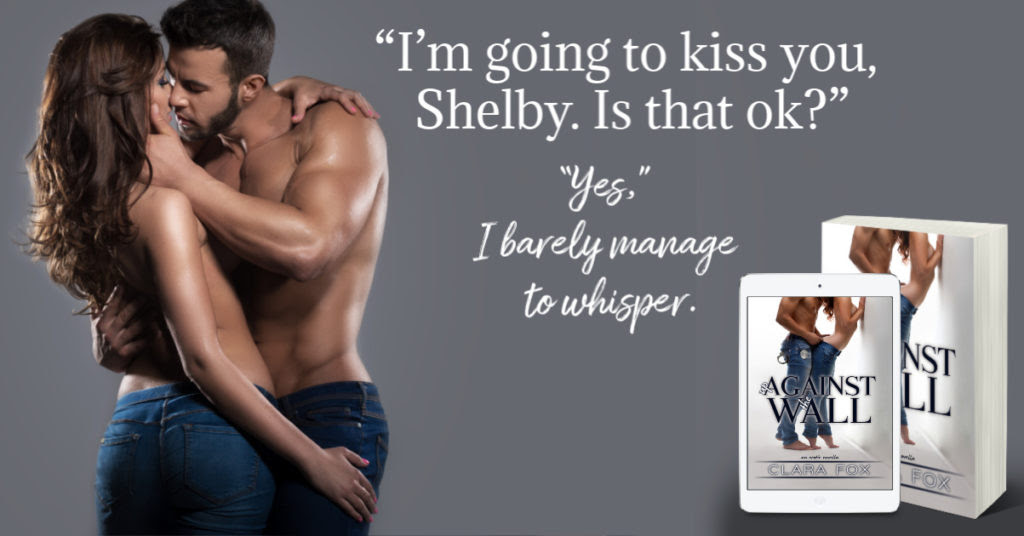 When two unexpected worlds collide see how hot and heavy things get up against the wall.
Read Up Against the Wall by Clara Fox NOW!! 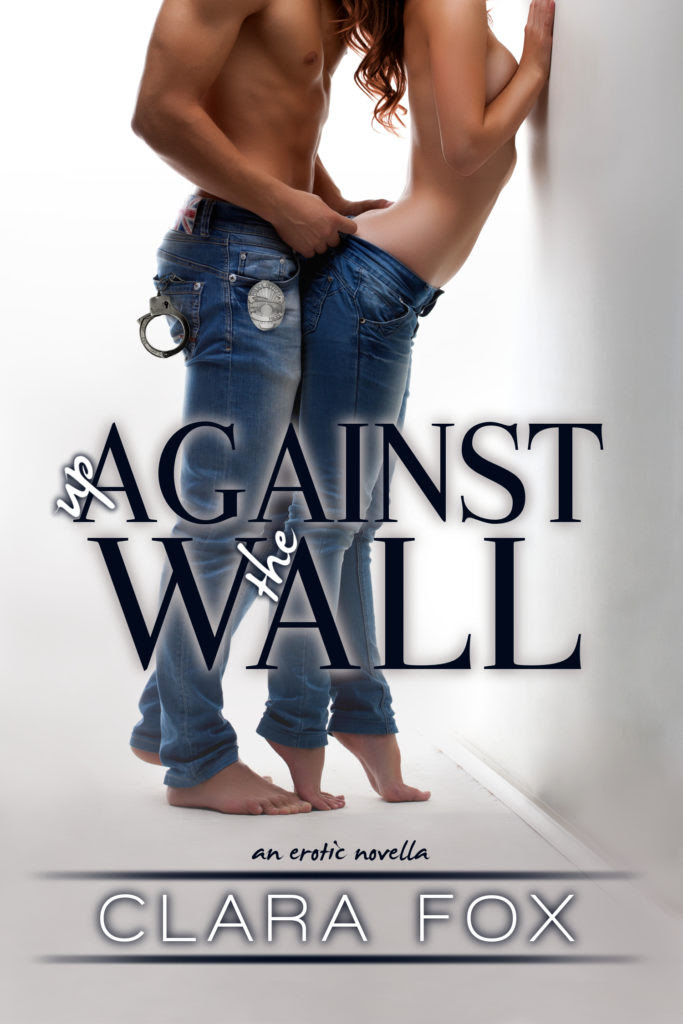 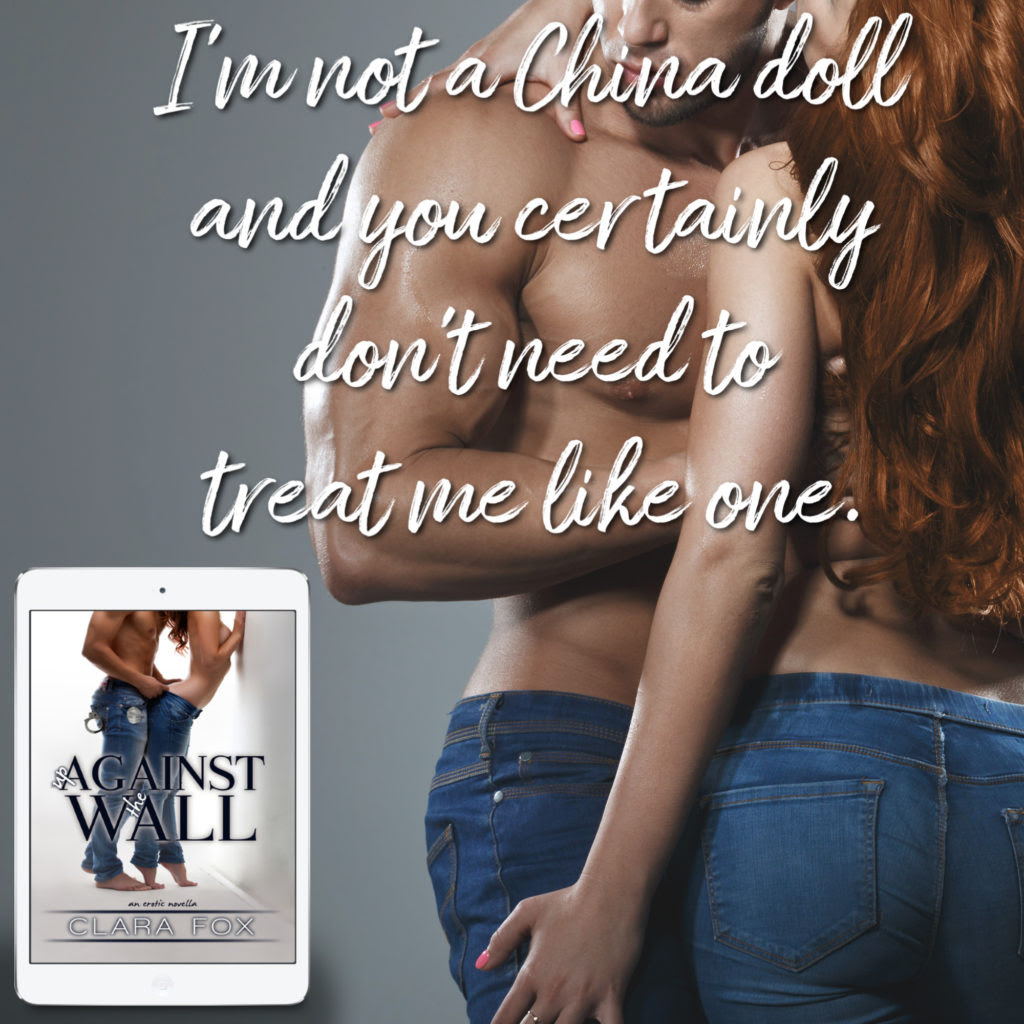 Amazon Reviewer
BLURB
Shelby McBride is a 26 year old Medical Quality Assurance Professional and sometimes working 90 hours a week isn’t enough to keep her occupied. Devin Bridges, a 27 year old Police Officer who picks up every extra shift available, often working 7 days a week. Two workaholics brought together by a very unconventional circumstance and find out they’re drawn together by much more than the experience. They have much more in common than they could’ve ever realized. When these two unexpected worlds collide see how hot and heavy things get up against the wall. 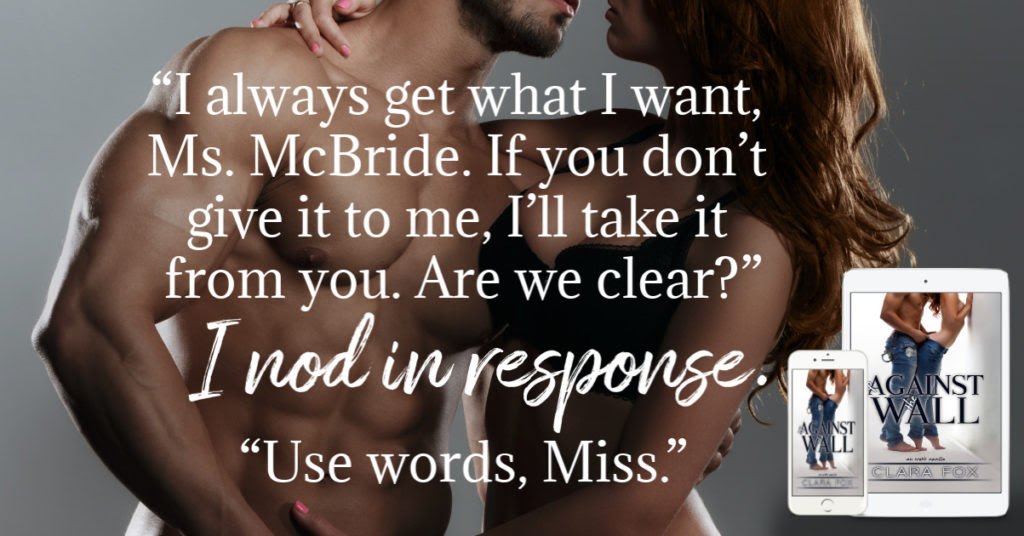 Review:
A chance encounter has Shelby and Devin meeting. They both are really hard workers, but when someone try's to hurt Shelby, Devin is there to save her. Now they both can't stop thinking about each other. Chemistry is evident, but these two are in for the long haul. As Shelby's nightmares continue she turns to Devin and he try's to help. This is a quick read that will leave you wanting more and begging for it.

About Clara Fox
Clara Fox lives in the Washington, D.C. area, affectionately known as Northern Virginia (or NoVA). She’s married to a man who loves hockey and sports as much as she does. She reads close to 3 books a week, even when writing (it’s the only way she can escape and get quiet with two young kids at home). She joins the normal full time working force during the day and plays writer on her laptop at night. Dual life…she isn’t a Gemini for nothing. 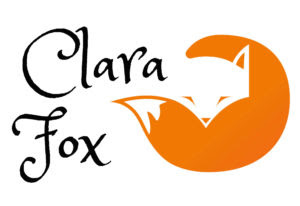