Showing posts from December, 2020
Show all

Are you ready to return to Corinne Michaels’ Salvation series world?!?   THE SALVATION SOCIETY is a collection of books written by various authors, filled with Navy SEALs, strong heroines, CIA operatives, plus so much more!!! Check out who will be featured in the fourth set of FIVE books releasing on January 10th! This set will feature: Fractured by Dani René Ruined by Annabelle Anders Absolution by Leaona Luxx Scorched by M.A. Lee Trouble by Angela Nicole Want to keep up with new books coming? Sign up for the Live Alert ➜ geni.us/JoinSSociety Hang out with us! ➜ geni.us/SSHangout       Fractured by Dani René Add to Goodreads: https://www.goodreads.com/book/show/53464611-fractured Salvation Society Author Page: https://www.thesalvationsociety.com/books/author/dani-rene Ruined by Annabelle Anders Add to Goodreads: https://www.goodreads.com/book/show/56161602-ruined Salvation Society Author Page: https://www.thesalvationsociety.com/bo
Post a Comment
Read more

A Killer's Heart by May Gordon is available now for $.99 or FREE on Kindle Unlimited! One-Click: AMAZON US:  https://amzn.to/3n8LXXH AMAZON UK:  http://amzn.to/3rGr0H2 AMAZON CA:  https://amzn.to/3aTrLGx AMAZON AU:  http://amzn.to/3o4T0BN Add it to your TBR on Goodreads:   http://bit.ly/AKillersHeartTBR The boogeyman. Known and feared in every deep dark corner of the underworld to the most lethal Crime kings. Smith is an assassin for hire, killing the worst of the worst for the monsters in the world. It's all he's ever known, and all he's known for. That is till his newest targets enter his sniper scope.  Poppy doesn't know how she ended up single and pregnant. Her baby's father a man she wants nothing to do with after a brief mistake. For now, she's focused on her career and raising her child to the best of her abilities. What she didn't know is that it won't be so easy with a sizeable bounty on her head.  For once in his life, Smith feels some
Post a Comment
Read more

Title: Daimon Series: Untamed Sons MC #3 Author: Jessica Ames Genre: MC Romance Release Date: January 22, 2021 BLURB Daimon  As Treasurer of the Untamed Sons MC, I don't have time to deal with a bratty kid. Briella is nineteen. I'm thirty-one. I'm too old for her tantrums, but I'm sure there's something more to her acting out than a late teenage rebellion. When I look in her eyes, I see her demons glaring back at me, and I want to know who put them there. I shouldn't be thinking about her at all, but I'm willing to stand against my club brothers and break vows I've made to keep her, but first I have to uncover what she's hiding.  Briella  I've got darkness in my past that I can no longer keep buried. When Daimon finds out the truth, he's going to drop me and run. I shouldn't be falling for my brother's best friend, but I can't stop my feelings from growing. I want him. No, I need him. He's becoming my everyt
Post a Comment
Read more

Title: The Mountain Man's Runaway Bride Series: Matrimony Alaska #2 Author: L. Nicole Genre: Contemporary New Adult Romance Release Date: December 30, 2020 BLURB Running away from her wedding seemed like the perfect option, until the best man decides to chase her.  When Ash Grayson agreed to stand in as best man at his friend’s wedding, he was only doing it to get a glimpse at the single women in the crowd. He never thought that the one catching his eye would be the bride to be. Dixie Sutton was beautiful—long flowing black hair, huge doe eyes, with curves a man could drive for miles. And those are just a few of the things that Ash likes. Ash’s friend might be mad as hell when Dixie stops the wedding, but Ash? He’s determined to chase down the runaway bride and make sure she stays in Alaska with a ring on her finger. His ring. Welcome back to the town of Matrimony, Alaska. A town full of Mountain Men looking for the women of their dreams. I'm bringing yo
Post a Comment
Read more

HOW TO CATCH A STAR Cover Reveal 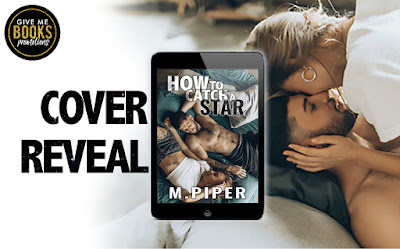 Title: How to Catch a Star Author: M. Piper Genre: Contemporary Romance Cover Design: Inked Imprints Release Date: March 12, 2021 BLURB I had learned a lot in my life. Being a foster kid and jumping from household to household, I knew more about surviving than any other human my age. I could disassemble and reassemble a motorcycle in a matter of a couple of weeks. I had experience in carpentry, cooking, cleaning, and any other odd job one could do while growing up. I thought I knew it all and had done it all. Meeting Brooklyn, however, taught me the one thing I never truly had.  Love.  She brought feelings into my life that I couldn't explain if I tried the rest of my life. The word love never meant much to me, but with her, it felt natural. Real.  I didn't know love, and I wasn't prepared for what it brought along with it.  Love brought jealousy.  Love brought worry.  Love brought a side of me I wasn’t prepared for.  Brooklyn brought a lot of unexpected ch
Post a Comment
Read more 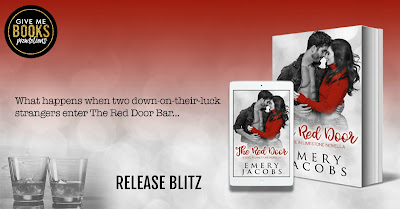 Title: The Red Door Series: Love in Limestone Novella #1 Author: Emery Jacobs Genre: Small Town Contemporary Romance Release Date: December 30, 2020 BLURB There's a bar on the outskirts of Limestone, Louisiana that serves an unusual type of whiskey. Some call it magic. Others claim it’s a scam. Yet rumors of its mystical properties keep people coming in from far and wide.  Luck.  Wealth.  Happiness.  Health.  These wonders can be found by those who believe... and take a shot.  Ten o’clock in the morning, New Year’s Day. Two down-on-their-luck strangers enter The Red Door Bar. Both are searching for a miracle. What they find when they reach the bottom of that glass will eventually change their lives forever.  ADD TO GOODREADS PURCHASE LINKS 99c for a limited time! AMAZON US / UK / CA / AU Free in Kindle Unlimited AUTHOR BIO Emery grew up in Southern Arkansas and has lived most of her adult life in Northern Louisiana. She spends her days w
Post a Comment
Read more

Title: Filthy Sex Series:  Filthy Feckers #3;  The Five Points’ Mob Collection #4 Author: Serena Akeroyd Genre: Dark Mafia Romance Cover Design: TE Black Release Date: January 28, 2021 BLURB He was the last man I should turn to.  A forbidden taboo that no woman wanted to cross.  Worse still, he’s no one’s idea of a white knight.  But this pawn has no alternative.  I’m locked in a war that’s not of my making, and I’m tied to a destiny I have no say in.  For someone like me, Brennan O’Donnelly represents something intangible— safety.  A single promise unlocks options I didn’t dare dream of possessing...  A future.  A family .  He’s hard. He’s dangerous. He’s filthy.  Yet, somehow, he’s exactly what I crave.  Now I just need to make him see me for what I am—his Queen.  If he’ll have me. ADD TO GOODREADS PRE-ORDER LINKS AMAZON US / UK / CA / AU EXCERPT He tipped my head to the side, his fingertips drawing the nerve endings to life. A shiver rushed through
Post a Comment
Read more
More posts