Showing posts from June, 2022
Show all

Behind These Eyes Release 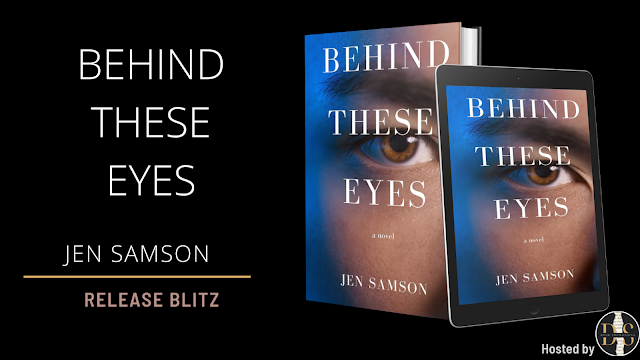 ★✩★ NEW RELEASE ★✩★ Behind These Eyes  A Slow Burn | Coming Out | College MM Romance Goodreads: https://www.goodreads.com/book/show/61212675/ By Jen Samson Hosted by DS Book Promotions AMAZON  US  https://www.amazon.com/dp/B09XKX6NQX/ UK  https://www.amazon.co.uk/dp/B09XKX6NQX/ CA  https://www.amazon.ca/dp/B09XKX6NQX/ AU  https://www.amazon.com.au/dp/B09XKX6NQX/ Available on Kindle Unlimited "If this is a sin, then I’ll burn in hell for all eternity. I’ll never deny you, not in this life and not in the next." Blurb: When Chase Batton's wild ways land him six months away from failing to graduate from college, he is forced into a remedial program with the university's academic star, Jaxon Lee. Either that or answer to the heads of the third richest family in the world: his parents. The latter is no choice at all. Jaxon is distant and cold, and unimpressed by Chase's social and economic rank. On the other hand, Chase couldn't be bothered by the opinions of th
Post a Comment
Read more 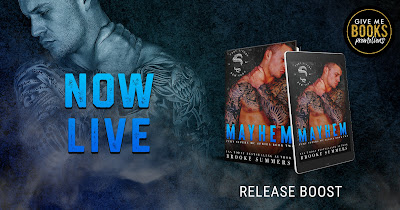 Title: Mayhem Series: Fury Vipers MC #2 Author: Brooke Summers Genre: MC Romance Release Date: June 23, 2022 BLURB She’s the only woman he’s ever loved. He’s the only man she’ll ever want. When the woman he loves is hurt due to his actions… Mayhem is born. Joining the Fury Vipers MC was supposed to be a new beginning with the woman he loved, but it turned into something much worse He’s fighting a war with his inner demons. He’s determined to win and be with his woman. She wants the life she’s always dreamed of. He wants her safe… Effiemia Ryan knew that Benjamin was the man she’d spend the rest of her life with at a young age. But those dreams of hers vanished the day he joined the club. Her world comes crashing down when he walks away. But safety is never assured and for Effie, it’s not Mayhem’s enemies that want her dead… it’s her own. Can they survive the horrors to come? ADD TO GOODREADS PURCHASE LINKS AMAZON  US  /  UK  /  CA  /  AU Free in Kindle Unlimit
Post a Comment
Read more

Title: Infernium Series: Nightshade #2 Author: Keri Lake Genre: Dark Gothic Paranormal Romance Release Date: June 30, 2022 BLURB Pain is an abyss. How naive of me to think I’d already reached the very depths of it when fate shook my world with a crushing blow. It turns out, there are fathomless levels of pain, like a winding labyrinth of doors leading to shadowy figures and long-forgotten secrets. The kind of inescapable descent into madness that twists nightmares into reality. What lies at the end of this obscure path I have yet to discover, but where it begins, is a place called Infernium. An asylum, feared by those in Nightshade and untrodden by the angels who’ve forsaken its many lost souls. Some say it’s the gateway to hell. Others believe it’s where you go when the last flicker of hope dies out. For me, it’s where I’ve damned myself for eternity–my penance for a crime against the heavens, and home to the demons that claw at my mind. Yet, not even they stand a chance
Post a Comment
Read more 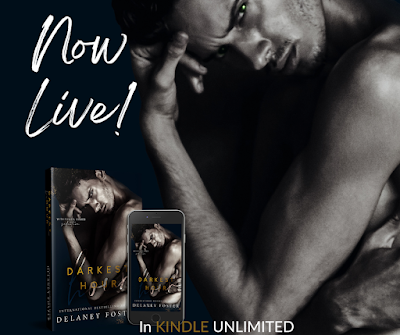 Release Date: June 30    She was a beloved princess. I was a heartless bastard. I was supposed to save her.   I wanted to ruin her. My need for her was sick. Twisted.   It came from a dark and dangerous place.   But I wasn’t the only one with sadistic desires.   The Brotherhood had plans of its own- a game they wanted to play.   They wanted to break me, break her, break us.   I dared them to try. This is not a love story.   You've been warned.   This is a dark secret society romance with possible triggers. PLEASE SEE CONTENT WARNING. Darkest Hour is book three in The Obsidian Brotherhood series. While all books   may   be read as standalones, there is an interconnecting storyline. It is highly recommended you read them in order. Grab Your Copy Here ! Free in KU   Meet Delaney Foster Hi, I'm Delaney, and I write love stories. I love all things romance, a good glass of wine, and Saturdays at the baseball park. I do believe leggings are pants and that there's a just a little
Post a Comment
Read more 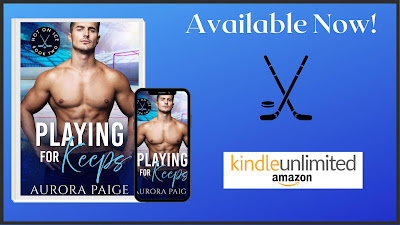 Title: Playing for Keeps Series: Hot on Ice #2 Author: Aurora Paige Genre: Contemporary Sports Romance Release Date: June 30, 2022 BLURB She’s a fierce, award-winning investigative journalist who stops at nothing to uncover the truth. He’s the alpha and captain of the hottest hockey team in the league who always gets what he wants. Unfortunately, they’re playing for opposite teams--and only one of them can win. Katherine Mendoza I live and breathe investigative journalism and will do whatever it takes to uncover the truth. When I get a lead to the story about the local casino in the area, I can’t pass it over to someone else. This one hits home--and it’s personal. I’m not giving up until I get vengeance for my brother’s death, even if I need to put my desire and feelings aside for one of the casino’s owners, Brandon Owens. Brandon Owens When I’m not playing hockey or with women, you can find me at my casino. It’s not all mine yet but will be soon. I own half, but after
Post a Comment
Read more

Title: Lady Boss Series: Itty-Bitty Delights #7 Author: Alex Grayson Genre: Small Town Boss/Employee  Romance Release Date: June 30, 2022 BL URB Second to my family, my career comes first. My job is my life, and that’s the way I like it. But then I took on an intern. A sexy intern who screws with my carefully structured life. At every turn, he’s there, making his presence known. Not that he needs to. Since the moment he walked into my office, my thoughts have been consumed by him. I’m tempted to take him up on his many offers of pleasure, but then I remember I’m twelve years older than him. Oh, and he was also the boy I used to babysit when I was a teen. The most I can ever be to him is his lady boss. Or is it? Lady Boss is a novella and can be read in 2 or 3 hours. ADD TO GOODREADS PURCHASE LINKS AMAZON  US  /  UK  /  CA  /  AU B&N  /  KOBO  /  APPLE BOOKS ALSO AVAILABLE AMAZON  US  /  UK  /  CA  /  AU B&N  /  KOBO  /  APPLE BOOKS COMING SOON Releasing
Post a Comment
Read more

Title: Hollywood Humbug A Christmas Anthology Genre: Holiday Romance Cover Design: Clover Book Designs -  Elle Christensen Release Date: December 6, 2022 BL URB Get ready for sexy snowball fights and enough steam to melt your snowman in this collection of all new holiday stories. Everyone loves a Heartwarming Christmas Movie… Snowball fights in the fresh fallen snow, steaming mugs of cocoa, you've seen the movies. Boy meets a girl, they work together on a festival or the tree lighting, sometimes things get a little steamy…and love wins in the end, no matter how impossible it might seem. But when the president of Heart and Soul Studios calls this particular cast and crew in for one last movie before Christmas, it's humbug all the way. They’d rather do Scrooge impressions than holiday romances. Despite their grumpy moods and bad attitudes, Christmas magic still happens. ADD TO GOODREADS ADD TO BOOKBUB PRE-ORDER LINKS Only 99c! AMAZON US / UK / CA / AU
Post a Comment
Read more
More posts