Showing posts from September, 2022
Show all

Title: Tag Series: Knights Corruption  MC Series- Loredo #1 Author: S. Nelson Genre: MC Romance Release Date: September 30, 2022 BLURB A chance encounter with two members from a local MC changed my life, but not in a good way. At least, not at first. After being tortured because of who my biological father was, a man I’d only met a handful of times, the president of the club gave me two choices. Either end up in the ground or become a prospect for the Knights Corruption. My decision was a no brainer. Over time, I found my place, solidifying a bond with the men I never thought possible. I fought alongside them in a war against a rival club, teetering between life and death multiple times, but I wouldn’t change a thing because belonging to the KCMC allowed me to meet the love of my life. I’d do anything for her, including following her to Texas for her job. The move was temporary, and while we were there, I’d integrate with our Laredo charter. But as always, life was full
Post a Comment
Read more

Boss to the Rescue Release 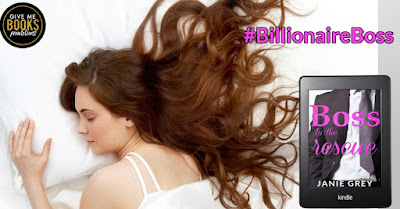 Title:  Boss to the Rescue Series: Billionaire Boss #2 Author: Janie Grey Genre: Contemporary Billionaire Romance Release Date: September 30, 2022 BL URB That time you need to make a brilliant first impression for a competitive internship, but accidentally arrive late and with an armful of soggy kittens…only to find that your new boss, Ed Malden - who needs to adore the crap out of you if you’re to secure your dream job - is not only one of New Zealand’s hottest billionaire heartthrobs, but he is *majorly* allergic to cats. The sneezing begins. The glares / orders / bosshole attitude / intolerable demands follow. And while the other interns (the punctual ones without wet cats) are given achievable tasks with which to prove themselves worthy of the one covetable position available… I’m given an unthinkable challenge to overcome. I *need* this job, but property mogul Ed clearly doesn’t want me on his team. It could be worse, I suppose. I could end up spending time with th
Post a Comment
Read more

What would you do with a Scrooge? Scrooging Christmas, a charming and romantic opposites attract holiday romance from author Sarah Ready is coming October 18th, and we have your first look! Professional holiday decorator Natalie Fiorre loves tinsel, gingerbread, and the magic of Christmas. She believes there isn’t anything in the world that a dash of Christmas Spirit can’t fix—until she meets Gabe. Perpetual Scrooge Gabe Cavanaugh loathes candy canes, jingle bells, and all things merry and bright. He believes Christmas is the worst time of year. So when Miss Christmas and Mr. Scrooge meet, sparks fly. When Gabe threatens to evict Natalie and her neighbors on Christmas she does what any right-minded Christmas-lover would do... Natalie has two days to stop the evictions and help Gabe discover the magic of Christmas, but a lot can go wrong in two days, and in Romeo, the soul mate capital, there’s another kind of magic in the air. A delightfu
Post a Comment
Read more 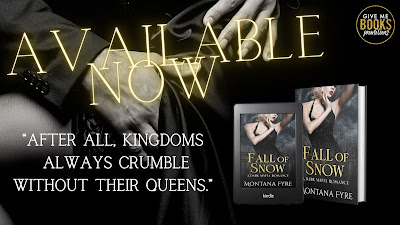 Title:  Fall of Snow Series: Frost Industries #3 Author: Montana Fyre Genre: Dark Mafia Romance Release Date: September 30, 2022 BLURB I’ve always been the disappointing Saint James. The expendable one even. Each of my siblings forged a role in the family, but I never did, and all the public see when they look at me is a disgrace. It’s not that I haven’t earned that title, because I have, and for the last few years I’ve been playing the wild child just so I have a role at all. But when I find myself in the hands of our enemy, a man who has been a shadow in my life for the last ten years, a constant presence I could feel, but could never see, I’m thrust into a different role. Elijah thinks I’m going to be his queen. He thinks I’m going to stand by his side despite him being my family’s mortal enemy. Can I fall in love with the devil? Or am I destined for a life of misery beside a cruel psychopath? Content Warning: This book contains violence, elements of BDSM, gun play, kidnapping, d
Post a Comment
Read more

Title: The Cheshire Cat Series:  Wonderland Series #1 Author:  Jennifer Bene Genre:  Dark Captive Romance Release Date:  November 14, 2022 BLURB He says if I'm a good girl that someday I'll get to go home, but bad girls get tied to their beds until they learn their lesson. I'm trapped in this beautiful prison, a lonely island of stone walls and barred windows where he says he wants to help me, heal me... But I'm not broken. I'm not supposed to say that though. Just like I'm not supposed to see things that aren't there. That's the lesson he wants me to learn, and his special therapy sessions are where he forces me to accept his 'truth.' He makes me say it again and again. The cat isn't real. Mr. Cat is not real. He's only in my head. But the doctor is real. He's my captor, and the men who stand guard in his temple to sanity are determined to keep me here no matter how much I beg to escape. They punish me with pain, reward me w
Post a Comment
Read more

Perfect Scandal, Mason Creek Book #30 (standalone) by Molly McLain is available now! One-Click : https://amzn.to/3x1dpy0 Goodreads: https://bit.ly/3qfFvC9 Start the Mason Creek Series on #KU and pre-order the upcoming titles: https://amzn.to/3hBpC4j She's forbidden fruit, and he's everything she's looking for, no matter what her brother says. Tessa McMurray is hellbent on proving that her brothers don't control her. Setting her sights on her family's ranch foreman is risky. But she knows what she wants. Dean Langston loves his job, and he refuses to do anything to jeopardize his position. After all, the McMurray brothers are not only his bosses, they're his friends. When their outgoing and breathtakingly beautiful little sister starts charming her way into his life, he does everything he can to resist her. But one weekend in Vegas changes everything... Suddenly, Tessa and Dean are hiding more than their attraction to each other from the McMurray family. Ca
Post a Comment
Read more 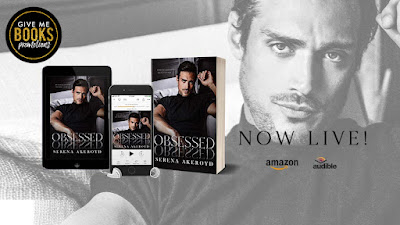 Title: Obsessed Author: Serena Akeroyd Genre: Professor/Student Dark Bully Romance Release Date: September 29, 2022 BLURB Phoebe Whitehouse is not just my student— she's my obsession . I eat, sleep, and breathe her. One day, she slips up and I have my in. At long last, I can own her. She's mine to punish and to pleasure. I don't care if I lose my job as a tenured professor over her. I don't care if I destroy my life or hers. I'm obsessed and she doesn't know it yet, but I'm never letting her go. As this is a dark taboo bully romance, please take into consideration the following trigger warnings: Stalking, dub con, infant death by SIDS, death of a parental figure, alcohol abuse and child neglect. Obsessed was previously published as The Professor but it has been heavily edited and extended. ADD TO GOODREADS PURCHASE LINKS AMAZON  US  /  UK  /  CA  /  AU UNIVERSAL Free in Kindle Unlimited ALSO AVAILABLE IN AUDIO NARRATED BY  JOE ARDEN
Post a Comment
Read more
More posts