Showing posts from December, 2018
Show all

✓ Best friend's little sister ✓ Sizzling romance ✓Prequel available now! Juicy Rebound by Toni Aleo is releasing on JANUARY 29th! Pre-order today! Amazon -- https://amzn.to/2SqHAbA Apple -- https://apple.co/2VgfCRW Nook -- http://bit.ly/2TgmTz7 Kobo -- http://bit.ly/2Q89F5M Chandler Moon’s career as a defensemen for the IceCats is on fire. However, his marriage has gone up in flames…literally. He’s resigned himself to the single life and being the best dog dad he can be, but he still holds out hope that one day he’ll find “The One.” So, imagine his surprise when he runs into “The One Who Got Away.” Amelia Justice. His best friend’s baby sister. AKA: “The One Who Is Totally Off-Limits” Amelia is broken. The punches that life, and her ex-husband, have thrown at her have her down for the count. She’s cut herself off from her family and friends as she works to rebuild her self-esteem and her spirit. Hidden away in a small town, she never expects to reconnect with “T
Post a Comment
Read more

A broken cyborg. A dying elf. Can they save each other before it’s too late? As the first cyborg ever created, the Ardak's experiments left Simban broken and without hope. Barely able to control his body or his speech, he sets off into the wilderness to avoid the first post-invasion winter solstice celebration. But when he finds a dying elf, he realizes that he might have found a kindred spirit, and her time is running out. Irielle fled to the mountains to avoid the Ardaks. Plagued by flashbacks of when she was captured as their prisoner and a horrible pain in her chest that's growing worse, the only thing she has left to do is die alone in the icy snow. But when a certain cyborg finds her, she suddenly has reason to hope. Until the Ardaks make an unexpected appearance. Can these two broken beings heal each other? Join Simban and Irielle in a race against time and the Ardaks to find out. Buy Simban Today Amazon US I Amazon UK I iBooks I Nook I Kobo About Immortal
Post a Comment
Read more

Right Where I Want You Release 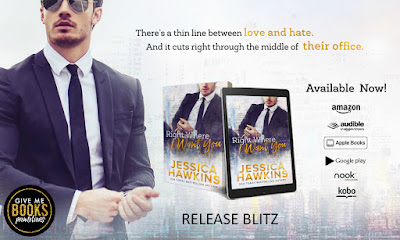 Title: Right Where I Want You Author: Jessica Hawkins Genre: Contemporary Romance Release Date: December 28, 2018 Blurb There’s a thin line between love and hate . . . and it cuts right through the middle of their office. Bad boys? They run right over good girls like Georgina Keller. But after a confidence-shattering breakup, she’s determined not to let anyone at her new workplace push her around—least of all the brooding creative director, a “bad boy of publishing” who’s made it clear she’s enemy #1. Sebastian Quinn's taste for fast cars, late nights, and beautiful women may have gotten him to the top of a leading New York magazine, but the reputation that made him is suddenly threatening to end his career. Georgina can help  Modern Man  shed its bad reputation, but in order to do that, she’ll have to start at the top—and no amount of rakish charm or inconvenient attraction will distract her. Because if Sebastian gets her right
Post a Comment
Read more

Decker is Here He protected me from danger and became my biggest threat. He’s my defender. My savior. A brutally determined man with a cocky smirk and an equally cocky attitude. Broad. Strong. Focused. He seduces me with his flirtation. Warms me with his care. But he’s hiding something. There are ulterior motives beyond his concern for my security. A thirst for more than my safe keeping. I can’t fall for him. Can’t be tempted by his touch. Not when he can’t be trusted. But questioning my protector means I’ve now become his target. From bestselling author, Eden Summers, comes another seductively thrilling standalone destined to leave you breathless. Download on Amazon Add to your Goodreads TBR Meet Eden Summers... Eden Summers is a bestselling author of contemporary romance with a side of sizzle and sarcasm. She lives in Australia with a young family who are well aware she's circling the drain of insanity. Eden can
Post a Comment
Read more

It's just business, nothing personal. Until you have to work with your ex. Nothing Personal, an all-new standalone romantic comedy by New York Times Bestselling author Karina Halle is live! Nova Lane is having the worst week possible. Her latest relationship ended while on her much-needed vacation, then upon her first day back at work, she learns that her beloved boss has quit – and despite having worked so hard for it, she's not being considered for his position. Who is being considered for the position is none other than Kessler Rocha. Her ex-coworker and ex-lover, Kessler’s the man who broke her heart five years earlier and the reason she moved thousands of miles away, switched jobs, and created numerous voodoo dolls in Kessler’s (very burly, very handsome) liking. Yup. Worst week ever . New in town and on her turf, Kessler promises he’s not the same man he was – and considering he’s now a single father to a precocious toddler, he’s telling the truth. Bu
Post a Comment
Read more 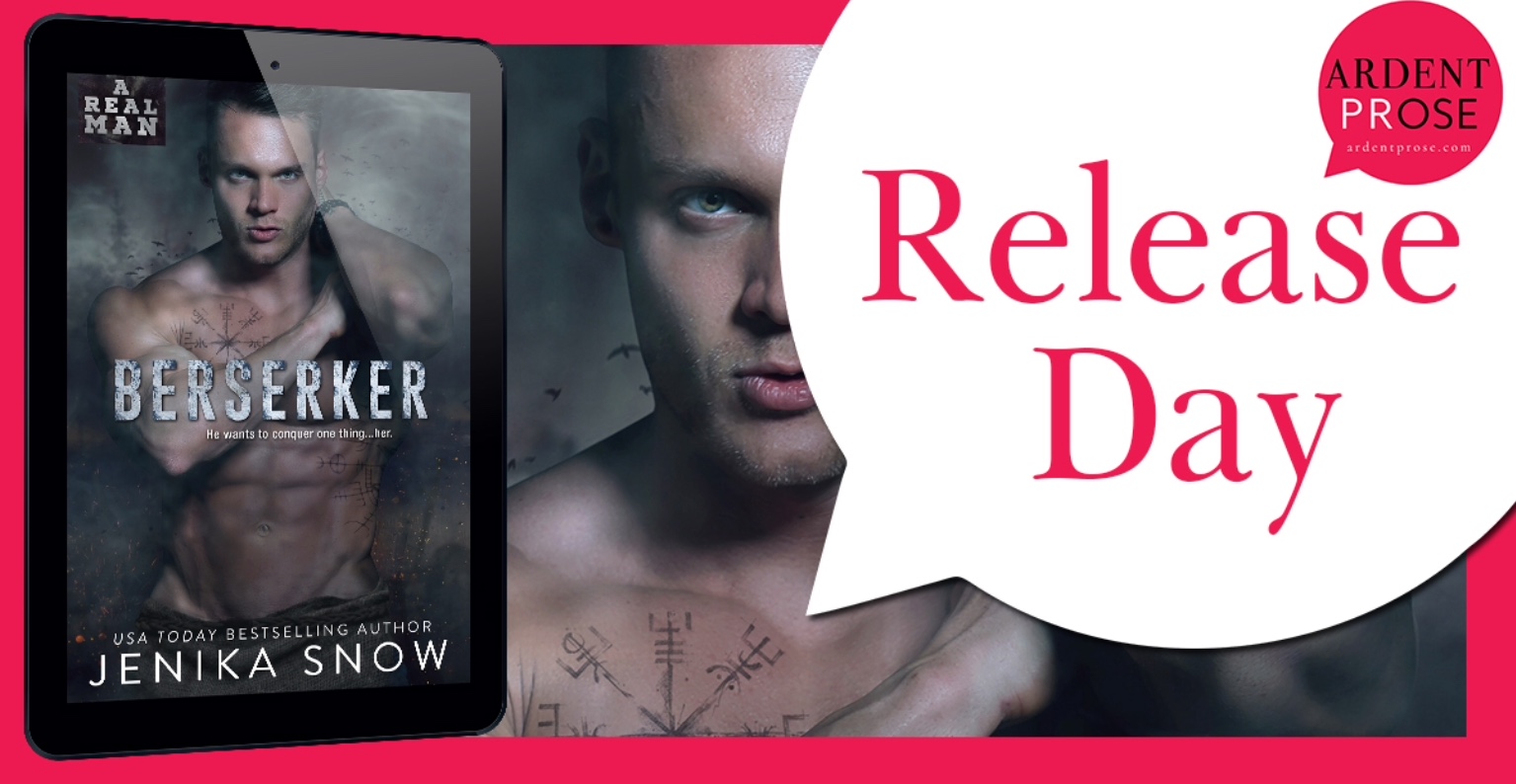 Amazon Greta Berserkers. They were known to be the fiercest of all Norse warriors, charging into battle in a wild frenzy, no protection except the weapon they held in their hand. Said to have the spirit of a wild animal inside of them, they were feared … revered. And I had fallen in love with one. Calder I was a wanderer, a free spirit. I was paid to track and hunt, to kill. It’s what I did, how I survived. And I loved every minute of it. But I found myself going to the same village because of one person … Greta. I shouldn’t want her. She’s far too innocent for the likes of me. I’m more animal, more feral than the fiercest of Vikings. But I can’t stop myself from being drawn to her. And then she’s taken from me before I can claim her. I’ll find her and bring her back. But that’s not all I’ll do. Once Greta is back in my arms, I’m making her mine and never letting her go. War
Post a Comment
Read more 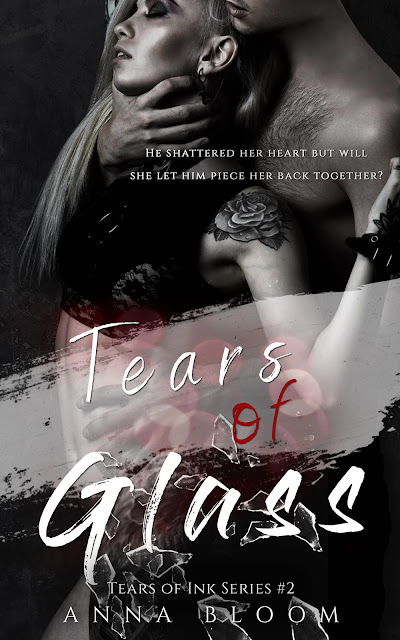 Book: Tears of Glass (Tears of Ink Series #2) Author: Anna Bloom Releases: 3rd January Genre: contemporary romance Add to your TBR Synopsis She had one rule: never sleep with someone twice. Then Faith Hitchin met Elijah Fairclough and the baroness’ son with the heart of an artist scorched her rule out of existence. Until he shattered her heart. Burned and hurting Faith battles to regain control of the protective barriers she keeps around her heart. But when two souls meet with the passion and Fire of artist and muse, walking away may not be an option. When Faith’s last rule smashes and takes them both down with it, there may be tears of glass neither of them can survive. Meet the Author A book hoarder and coffee addict by heart Anna Bloom loves to write extraordinary stories about real love. Based south of London with her husband, three children and a dog with a beard, Anna likes to connect with readers, fan girl over her fa
Post a Comment
Read more

In this lifetime there is one person who will own you, who will know you, who will understand you like no one else could possibly understand you. That person for me is Carrie. I didn't want to love her. I didn't want to need her. But now that she's my world, no one is going to take her from me. Yet the minute I propose, that's exactly what the universe tries to do. It tries to take her from me. My father and the many enemies my life as my father's son has created wants to take her from me. They'll be sorry they tired. She's mine. All Mine. And everyone, including Carrie, is going to know. CONTINUING REID AND CARRIE'S STORY! Read the beginning of their story in Dirty Rich Obsession - AVAILABLE NOW! iBooks → https://apple.co/2MswOTm Amazon → http://mybook.to/DROAM Nook → http://bit.ly/2vYtGUU DIRTY RICH OBSESSION IS AVAILABLE NOW!! iBooks → https://apple.co/2xyZjrI Amazon → http://mybook.to/DRO BN → http://b
Post a Comment
Read more
More posts