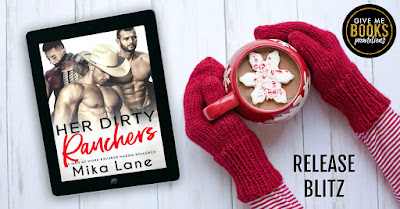 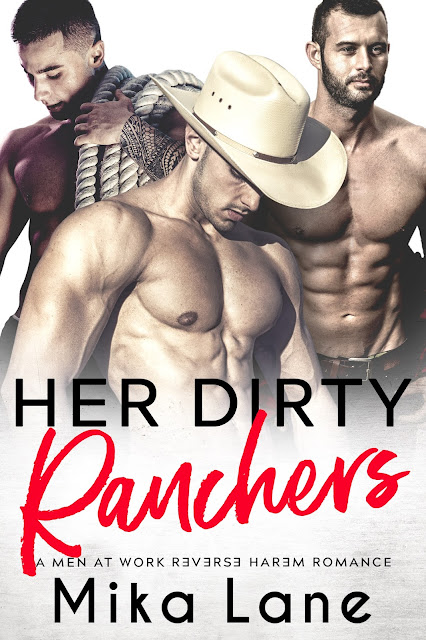 Title: Her Dirty Ranchers
Series: Men at Work Reverse Harem Romance #6
Author: Mika Lane
Genre: Contemporary Reverse Harem Romance
Release Date: December 16, 2020
BLURB
The dudes at Flood Creek Ranch are the three hunkiest cowboys around.
One is my brother’s best friend.
Another, my ex-high school sweetheart.
And the last but certainly not least, is my father’s biggest enemy.
All three promise to show me… the ropes.
While taking me out me for one wild… ride.
And teaching me a thing or two about getting up when the cock… crows.
I grew up at Flood Creek, but left the dusty godforsaken place first chance I got.
And now that the big city has gotten the better of me, I’m running back with my tail between my legs.
Yup, I got chewed up and spit out.
The sexy new owners at Flood Creek Ranch? They’re kind enough to let me stay. But they made it clear my ride won’t be free.
The Men at Work Series:
1) Her Dirty Rockers
2) Her Dirty Teachers
3) Her Dirty Doctors
4) Her Dirty Bodyguards
5) Her Dirty Bartenders
6) Her Dirty Ranchers 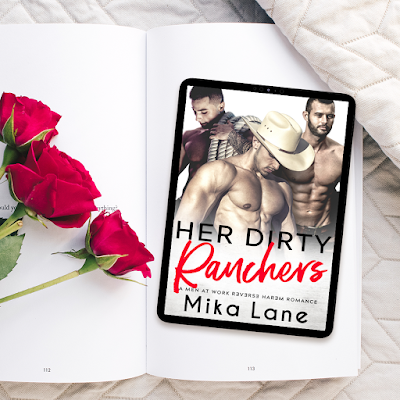 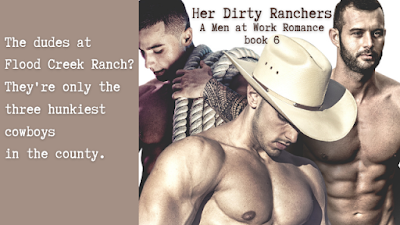 EXCERPT
“What are you doing? You have no business being here.”
Well, shit. Ruby still wasn’t up to speed on all the changes that had taken place at her parents’ former ranch.
And there she was, finally out of bed—freshly fucked, sober, and mad as a cut snake. And cute as hell.
She might be back in Flood Creek, but she sure as hell had brought a lot of the big city with her. She was wearing what I was pretty sure were called yoga pants, and I had to say I’d never seen a chubby teenager turn into something quite so freaking gorgeous. Not that I’d cared about that in high school. I’d been madly in love with her.
Not only was her baby fat gone but so was her frizzy hair. Now smooth and sleek, it looked like something right out of a fashion magazine, cut above her shoulders and swinging around her head.
“Well, good mornin’, Ruby Lee. How’d you sleep?”
I gave her my best shit-eating grin. Because I could.
Her chest turned a pretty pink color, which spread up her neck, and by the time it reached her face, was nearly a shade of strangled purple.
She’d better check her blood pressure.
She sniffed. “I slept fine, thank you.”
I pointed. “How’s the head? You got any pounding going on?”
She lifted her chin. “I’m… okay. I found some fifteen-year-old aspirin in my bathroom medicine closet.”
I burst out laughing at that one. Sounded like something my mom did, keep shit around the house for fucking ever.
“Let me know if I can call poison control for you,” I laughed.
But she didn’t.
“Get your feet off my father’s desk,” she said, hands on hips.
Cripes. Hadn’t this woman pretty much begged me to fuck her not ten hours ago?
“It’s not your father’s. You know that.”
She pursed her lips. She was hot by any measure, but now that she was mad, she was killing me. I adjusted myself in my blue jeans because I couldn’t stand the torture any longer.
Good old Ruby Lee Whitaker. My first love, who’d dumped my ass as soon as I no longer served her any purpose. I was over it. Really.
But that didn’t mean I wasn’t going to torment her all I could.
“You’re being awfully grouchy for someone who was begging to be fucked just a few hours ago.”
Her eyes widened, and I could swear her face grew even more purple as she looked around to make sure no one else was in hearing proximity.
This was fun. And she deserved every bit of shit I could throw her way.
“I… that’s not true. That’s not how it happened. At all,” she stammered.
For someone who’d been in New York for a time, she sure wasn’t as tough as I thought she’d be. She was losing her shit faster than I could fuck with her.
Almost took the fun out of it.
Almost.
Yeah, I could be a dick that way.
She shook her head as if to clear her thoughts. “Why are you here, with your feet up on Roman’s desk?” she demanded.
“For a homeless person, you’re pretty damn rude,” I said, moving my feet. “And for your information, I’m Roman’s business partner. I own this ranch with him. So this desk is theoretically mine too.”
She gasped. Apparently, Roman hadn’t filled her in on everything she’d missed. 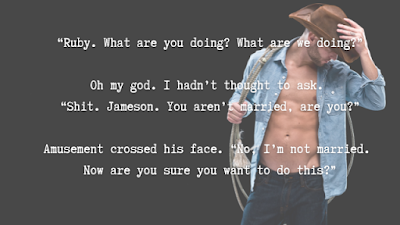 Review:
Ruby goes home to surprise her parents on the ranch she grew up on, but the joke is on her and so is the surprise when not only does she not find her parents, but the man that is a rival to them. She doesn't understand what is going on and not only is the rival living in the house and is hot, but so is her brothers best friend, and the one man who has always had her heart. Ruby and Jameson have a history, but she can't help but feel something for Cam and Roman. Jameson, Cam, and Roman run the ranch and at some point had grown there, now that Ruby is back none of them are about to let her go. Sometimes though plans don't work out. Can the guys save Ruby and keep her? Can Ruby have the one thing she has been craving?
ALSO AVAILABLE 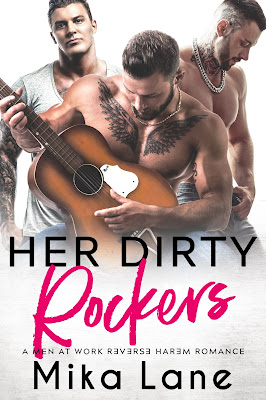 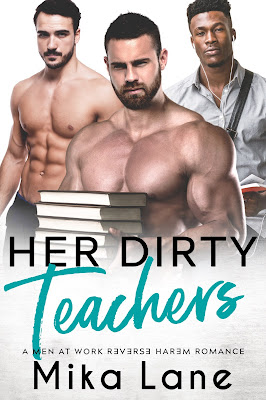 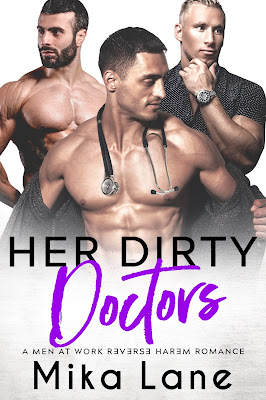 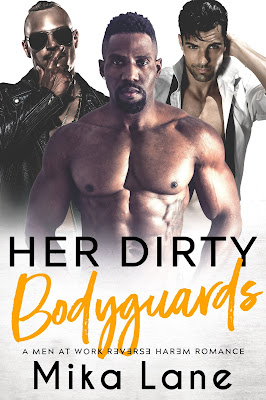 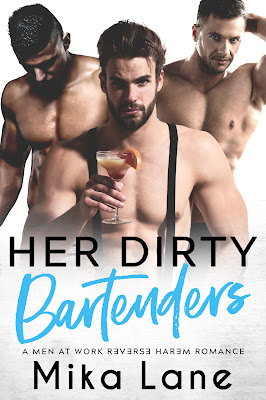 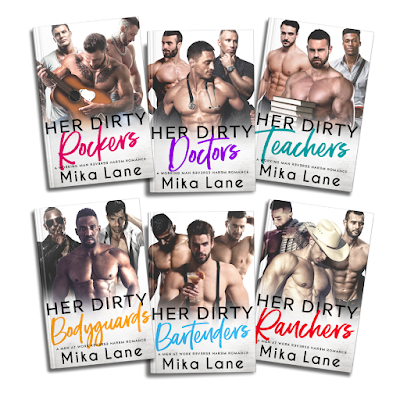 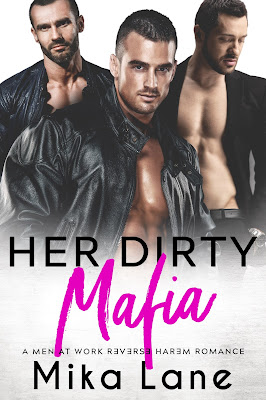 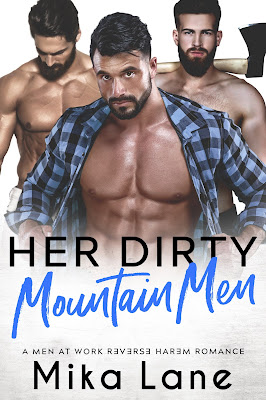 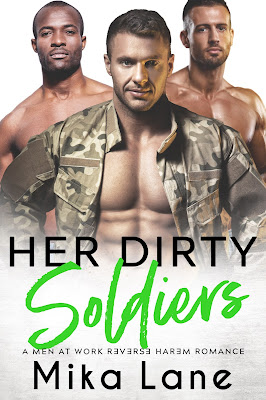 AUTHOR BIO
Please join my Insider Group and be the first to hear about giveaways, sales, pre-orders, ARCs, and other cool stuff: http://mikalane.com/join-mailing-list/.
Writing has been a passion of mine since, well, forever (my first book was "The Day I Ate the Milkyway," a true fourth-grade masterpiece). These days, steamy romance, both dark and funny, gives purpose to my days and nights as I create worlds and characters who defy the imagination. I live in magical Northern California with my own handsome alpha dude, sometimes known as Mr. Mika Lane, and an evil cat named Bill. These two males also defy my imagination from time to time.
A lover of shiny things, I've been known to try to new recipes on unsuspecting friends, find hiding places so I can read undisturbed, and spend my last dollar on a plane ticket somewhere.
I have several titles for you to choose from including perennially favorite Billionaire stories, and the newer trend in romance, Reverse Harem. And have you see my Player Series about male escorts who make the ladies of Hollywood curl their toes and forget their names? Hottttt.... And my anti-hero/mafia books are melting Kindles everywhere.
I’ll always promise you a hot, sexy romp with kick-ass but imperfect heroines, and some version of a modern-day happily ever after.
I LOVE to hear from readers when I'm not dreaming up naughty tales to share. Join my Insider Group so we can get to know each other better http://mikalane.com/join-mailing-list, or contact me here: https://mikalane.com/contact.
AUTHOR LINKS
NEWSLETTER
WEBSITE
FACEBOOK
PINTEREST
TWITTER
INSTAGRAM 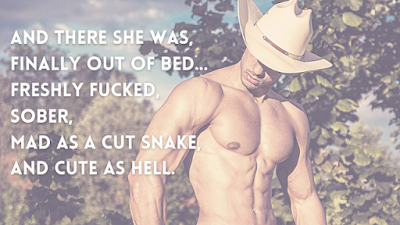