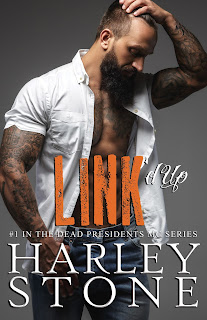 President Tyler “Link” Lincoln of the Dead Presidents MC, runs a club dedicated to helping military vets readjust to society. When his sergeant at arms is arrested for the attempted murder of a prominent Seattle figure, Link’s search for a lawyer brave enough to fight for justice leads him to an alluring defense attorney with a bleeding heart and a steel backbone.
This isn’t the first time Emily Stafford’s commitment to defending the falsely accused has put her in harm’s way. Smart, cautious, and independent, she knows how to defend herself. At least, she did until she joined forces with one sexy, overbearing, tattooed MC president.
Flames run hot as Link and Emily seek shelter in the club’s converted fire station, working against the clock to uncover the truth and save a somewhat innocent man.

Bookgasm Book Blog - “I loved this story and am SO interested in reading more books in the Dead Presidents MC. I can't wait for Havoc's story! Bravo! 4.5 stars!”


Red Hatter Book Blog - “Link'd Up is a wild ride that I wanna ride again.”


Cup of Tea - “If I had to describe this book in one word it would be AWESOME!”

This is not like your other MCs this one has a back bone that is not out there like normal. MC President Lincoln does the unthinkable and asks a lawyer for help. What he doesn’t expect is foe the lawyer to be tough as nails. Emily Stafford will do whatever she can to take those who are innocent and set them free. What she doesn’t need is the MC President breathing down her neck every second of the day. Lies, love, lust, and bust it will all happen. Find out of the lawyer can get off the non-criminal.

Harley Stone writes mafia romance and funny-as-shit romantic fiction. When she's not writing, she's busy living out her real adventure in southwest Washington with her husband and their five boys. 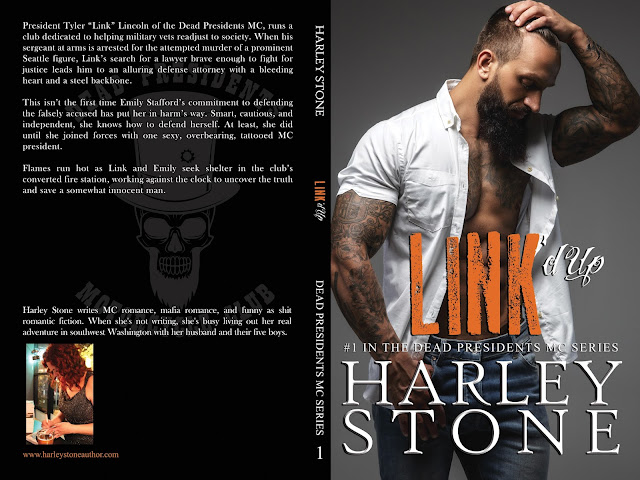