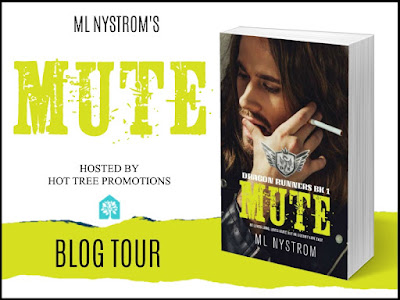 “HE LOVES LONG, LOVES HARD, BUT HE DOESN’T LOVE EASY.” 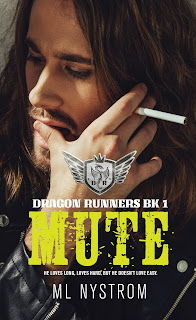 Katrina Vega is set on one thing: finishing college. She’s determined not to let anything or anyone distract her, especially not hot brooding bikers. On her mission to stay focused, she doesn’t expect to be pulled into the fold of a motorcycle club, let alone into the arms of Alec "Mute" Stillwater.

Unable to keep her guard up, Katrina soon discovers that beneath the hard and rough exterior of a family she’s grown to care for, there’s also loyalty and passion she’s envious of. But falling for the club’s enforcer will not only threaten her plans but quite possibly her life. 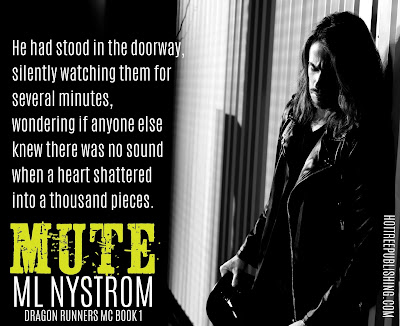 Mute observed the bar as he always did, drinking coffee, and looking for problems. He already could feel the new help was going to be one. All night he had watched her, slipping through the crowd, deftly avoiding eye contact, staying out of people’s way. She seemed to want to melt into the background, and in some ways that made her the perfect employee. One who would do her job and get things done with no muss or fuss. She didn’t dress to impress, wearing jeans and plain T-shirt, simple sneakers, hair up in one of those stretchy things. It was hard to tell if she wore makeup or not.

When he had first walked into the bar, he’d been angry. Brick had called for a church meeting at the Lair earlier, and all the ranking members and officers had to be present. The older man had shown his frustration, banging the gavel repeatedly to maintain order at the formal meeting. There was bad business going on around town, rumors of drug running, even though the club had gotten out of that shit years ago. Brick and Betsey had worked hard to get the club out of the one-percenter limelight and into legit businesses without feeling the loss of income, but people had long memories when it came to the bad stuff. He’d spent the afternoon searching corners with a club prospect, hanging around, looking for leads. Nothing. It was hard enough to make himself understood, let alone get anyone to communicate with him, and the prospect was either too scared or too stupid to try.

When he’d arrived at the bar tonight, he’d slumped heavily into his spot at the bar and tapped at the new girl for his coffee. She looked at him like she was ready to run out the door. Real pretty eyes, but fuck this shit! His patience was at an end. He stood up and thumped the bar again, knowing his frustration was showing and he was taking it out on an innocent girl. Betsey was there in an instant, talking fast and light, pouring his coffee. The girl settled and went back to work, steadily if uneasily.

Too soft, thought Mute. Pretty girl but too soft for the life. Probably not stick it out. Leave in a week.

ML Nystrom had stories in her head since she was a child.  All sorts of stories of fantasy, romance, mystery and anything else that captured her interest.  A voracious reader, she’s spent many hours devouring books; therefore, she found it only fitting she should write a few herself!

ML has spent most of her life as a performing musician and band instrument repair technician, but that doesn’t mean she’s pigeon-holed into one mold.  She’s been a university professor, belly dancer, craftsperson, soap maker, singer, rock band artist, jewelry maker, lifeguard, swim coach, and whatever else she felt like exploring.  As one of her students said to her once, "Life’s too short to ignore the opportunities."  She has no intention of ever stopping... so welcome to her story world. She hopes you enjoy it!