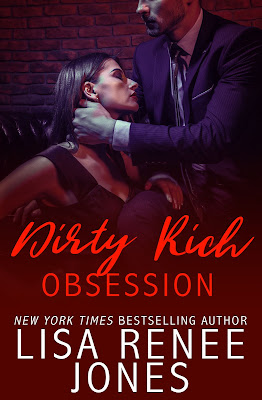 A MAN OF CONTROL. A WOMAN WHO'S ABOUT TO TAKE IT. Reid Maxwell is one of the top corporate attorneys and one of the most eligible bachelors in New York City. He likes his wins big, his women beautiful and in bed, not out, and most importantly the deep burn of his past buried. Until one woman, a most unexpected woman, challenges him in ways that might just destroy the invincible Mr. Maxwell. Carrie West is captive to Reid Maxwell and a debt between their families she doesn't know exists. It should be so simple for Reid Maxwell. Claim the company that is now his. The problem: he's now obsessed with Carrie, the daughter of the man he's destined to destroy. Now who's captive to who?

"Why am I here, Reid?” I drag her onto my lap. “Because I want you here. Because I can’t seem to stop breaking my own fucking rules with you.” Her hands plant on my shoulders. “And you’re mad at me again? You’re blaming me.” “Yes. Stop making me break my rules.” I cup her head and kiss her, my tongue pressing past her lips, stroking us both into a needier place, where rules don’t matter. She moans and sinks into the kiss, and damn it, I love those moans, I’m addicted to those moans. I’m addicted to this woman, and all my good intentions to sate that addiction, fail. I pull my T-shirt over her head and toss it, my gaze raking over her. My hand slides between her shoulder blades, and I mold her close. “This is definitely your fault.” “Is this where you decide to kick me out again?” “No,” I say. “This is where we fuck.” I drag her mouth to mine, and kiss her, telling myself that fucking is all this can be, reminding myself of the debt and the secret I legally cannot share. The secret that she’d never stay silent over if she knew. I tell myself to get lost in the taste of her, defiant and yet submissive at the same time, in that way that defines this woman. I tell myself to just enjoy the moment, and I do. I waste no time getting naked and pulling her down the throbbing length of my cock. I waste no time driving into her. I waste no time getting lost in her touch, her kisses, her moans. And later, much later, when I’ve laid us down and pulled her next to me on the couch, I hold her, listening to her breathing slow and even out. I’m acutely aware that she is a woman caught in the middle of a debt that has to be paid, destined to hate me. It’s why this has to stay just sex. It’s why no matter how deep I go with her, I cannot get too close.

Reid Maxwell knows what he wants and he will get it at all costs. What he doesn't expect is to have a sexy siren come in and knock him on his butt. Carrie West hates Reid Maxwell and they are about to go to heads and try to beat each other. However Reid has other plans and it's to try to save not only himself, but his family and Carrie. These two's family are about to blow everything up. It's time to see who is on top at the end of the story. 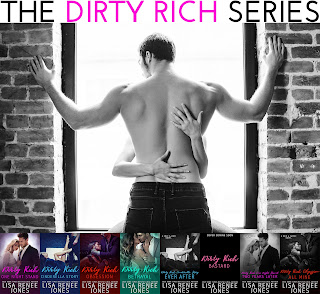 DIRTY. RICH. AND UNDENIABLY SEXY. Each book in the Dirty Rich series features a couple that's ready to fight dirty for their love.
There are currently three books available now, and FIVE upcoming books available for pre-order!

New York Times and USA Today bestselling author Lisa Renee Jones is the author of the highly acclaimed INSIDE OUT series. In addition to the success of Lisa's INSIDE OUT series, she has published many successful titles. The TALL, DARK AND DEADLY series and THE SECRET LIFE OF AMY BENSEN series, both spent several months on a combination of the New York Times and USA Today bestselling lists. Lisa is also the author of the bestselling WHITE LIES and LILAH LOVE series. Prior to publishing Lisa owned multi-state staffing agency that was recognized many times by The Austin Business Journal and also praised by the Dallas Women's Magazine. In 1998 Lisa was listed as the #7 growing women owned business in Entrepreneur Magazine.