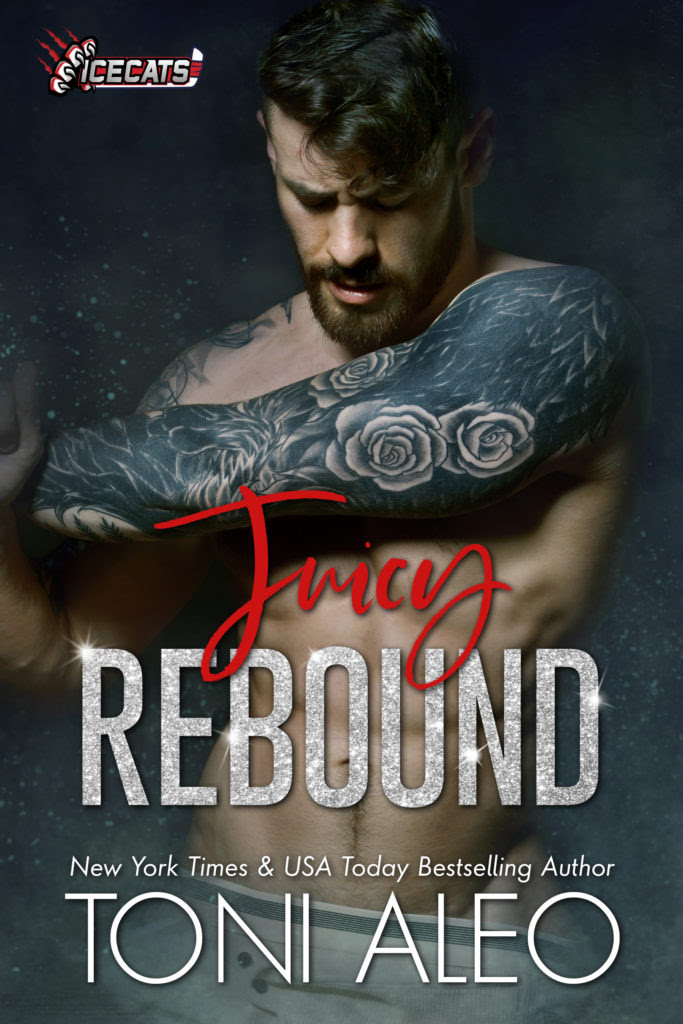 Chandler Moon’s career as a defensemen for the IceCats is on fire. However, his marriage has gone up in flames…literally. He’s resigned himself to the single life and being the best dog dad he can be, but he still holds out hope that one day he’ll find “The One.” So, imagine his surprise when he runs into “The One Who Got Away.” Amelia Justice. His best friend’s baby sister. AKA: “The One Who Is Totally Off-Limits” Amelia is broken. The punches that life, and her ex-husband, have thrown at her have her down for the count. She’s cut herself off from her family and friends as she works to rebuild her self-esteem and her spirit. Hidden away in a small town, she never expects to reconnect with “The One She Should Have Chosen.” Chandler is so much more than he was in college: more handsome, more muscular, more tattooed… It was supposed to be a casual fling while Amelia and Chandler worked to put the pieces of their lives back together. But as every good hockey player knows, a rebound can turn into one hell of a goal. 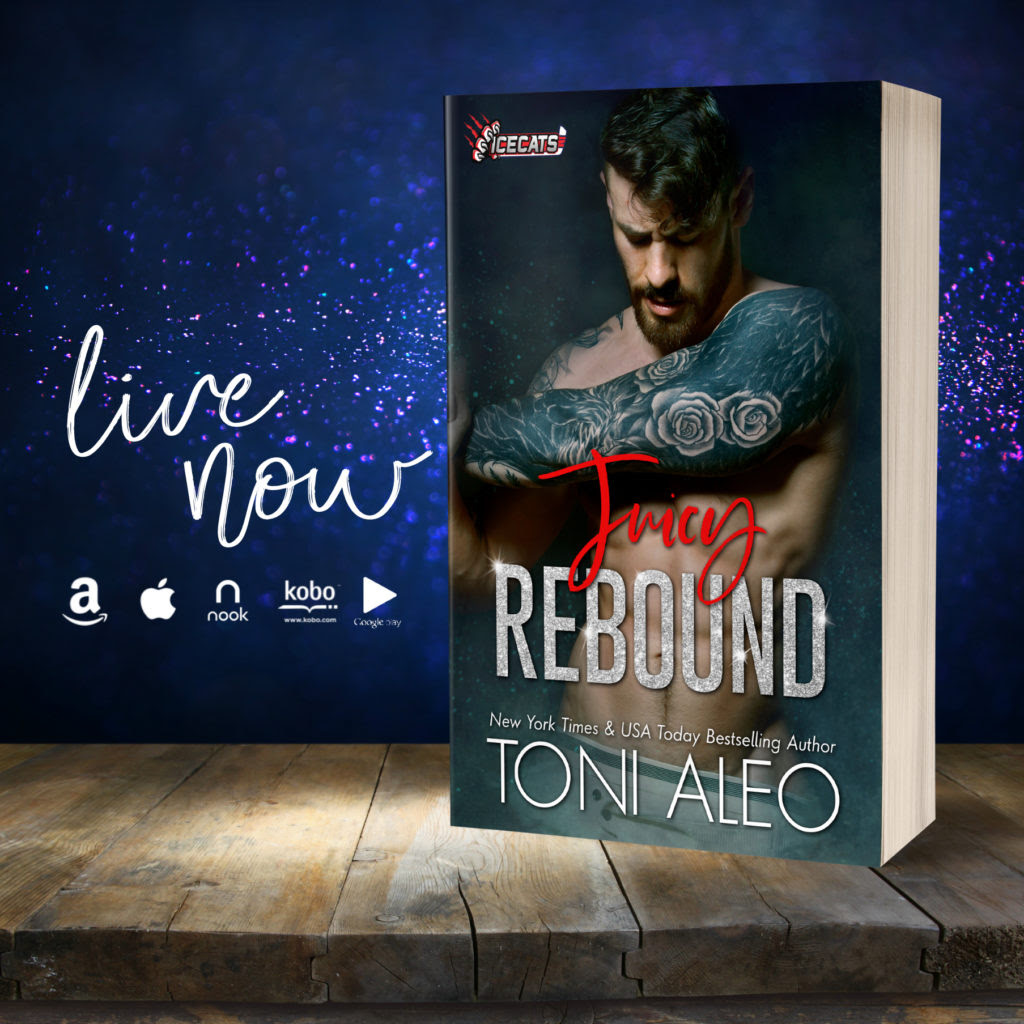 The prequel to Juicy Rebound is available now! 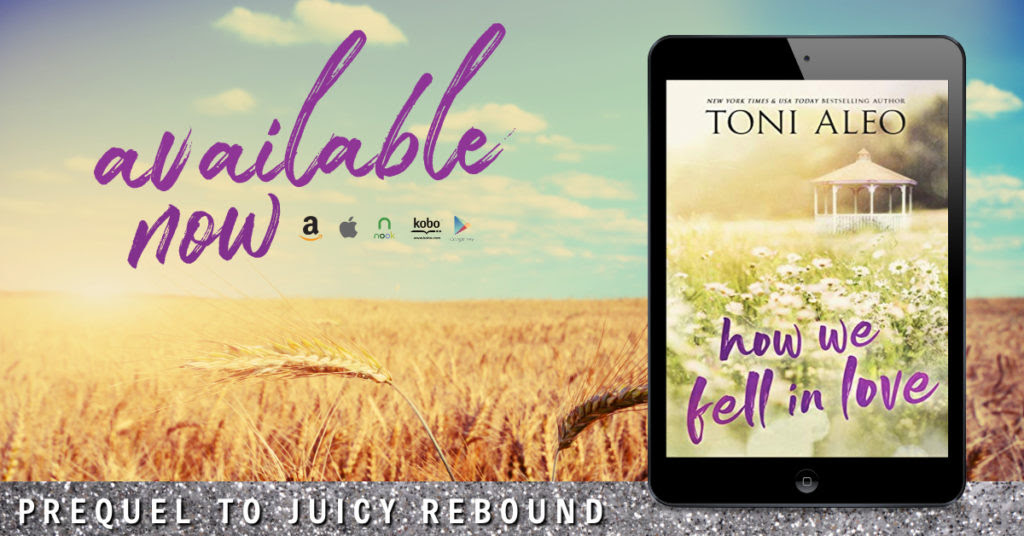 Grab How We Fell In Love by Toni Aleo!
Amazon -- https://amzn.to/2BLLMfb Apple -- https://apple.co/2EUIwkW Nook -- http://bit.ly/2EUsLei Kobo -- http://bit.ly/2Tk8Vwt
Option One: Wham, Bam, Thank You, Ma’am. Option Two: Till Death Do Us Part. Grace has only ever believed in Option One. But James makes her question that belief from the moment she meets him. James has only ever believed in Option Two. But Grace goes out of her way to shake his belief from the moment he meets her. He’ll move heaven and earth to convince her she’s the only option he wants for the rest their forever. 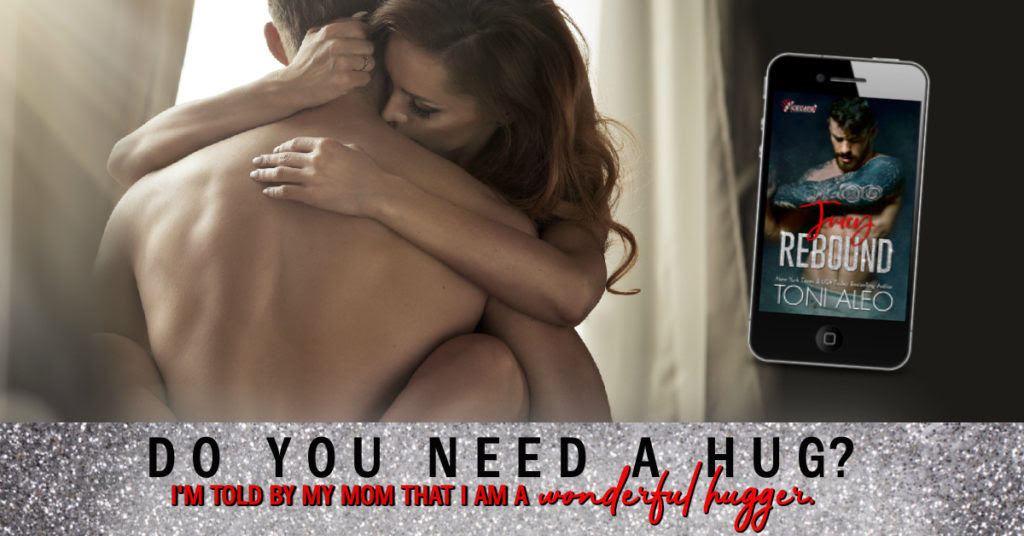 My name is Toni Aleo and I’m a total dork.
I am a wife, mother of two and a bulldog, and also a hopeless romantic.
I am the biggest Shea Weber fan ever, and can be found during hockey season with my nose pressed against the Bridgestone Arena’s glass, watching my Nashville Predators play!
When my nose isn’t pressed against the glass, I enjoy going to my husband and son’s hockey games, my daughter’s dance competition, hanging with my best friends, taking pictures, scrapbooking, and reading the latest romance novel.
I have a slight Disney and Harry Potter obsession, I love things that sparkle, I love the color pink, I might have been a Disney Princess in a past life… probably Belle.
… and did I mention I love hockey?
Connect with Toni! Facebook: https://www.facebook.com/tonialeo1 Twitter: https://twitter.com/ToniAleo1 Pinterest: https://www.pinterest.com/toni_aleo/ Intagram: https://instagram.com/tonialeo1/ Bookbub: http://bit.ly/2yGqqR6