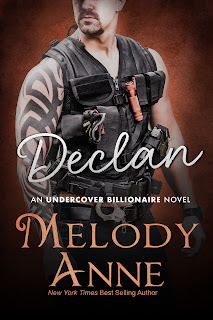 Declan Forbes has always been the black sheep in the family, and he likes it that way. The less people liked him, the less drama he had to deal with. But the thing about being a loner was a person might find themselves . . . lonely.


Working for the FBI, Declan liked his world the way it was, even if something was missing. He’d also take a bullet in the gut before admitting anything was wrong. Something was off, though, because from the moment he meets Angela he’s a goner. She’s in the midst of the case he’s been trying to crack for the past few years now, but he’s not exactly sure how she’s involved and she isn’t talking. One thing Declan has learned in his years in the Marines and the FBI, though, is how to get a person to talk. It could even be . . . fun. 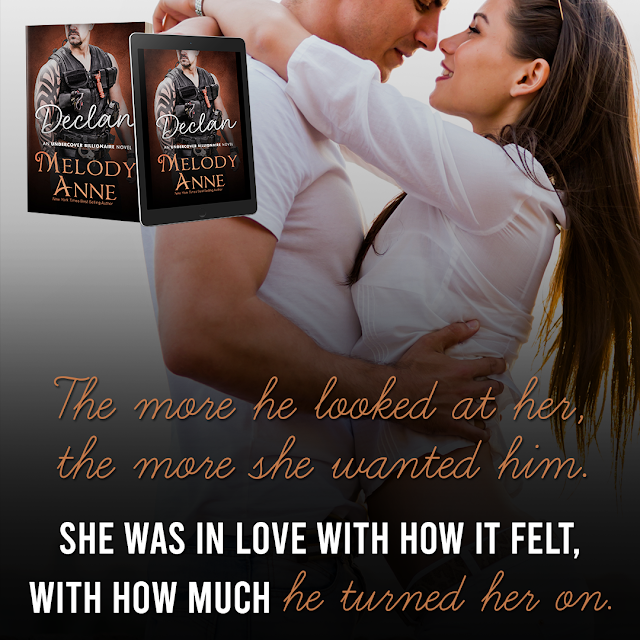 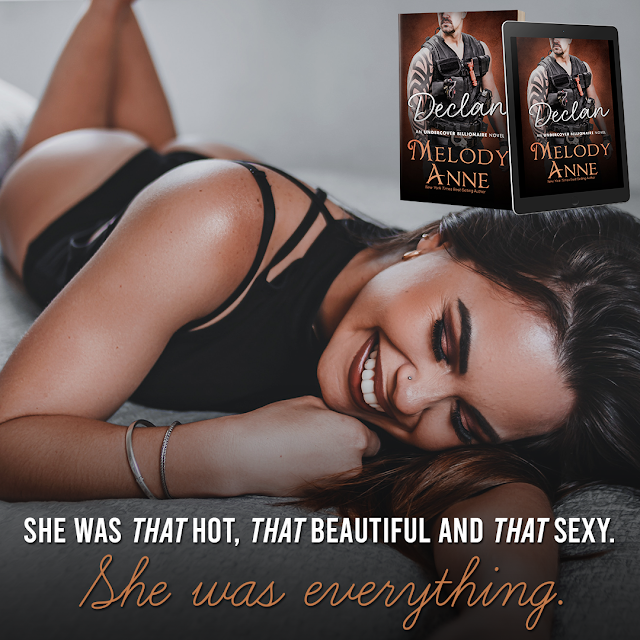 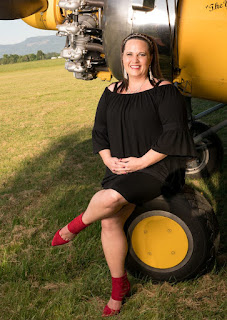 Melody Anne is a NYT bestselling author of the popular series: Billionaire Bachelors, Surrender, Baby for the Billionaire, Unexpected Hero’s, Billionaire Aviators, Becoming Elena and some solo titles. She also has a Young Adult Series and is currently working on her first Thriller title to be released in 2017. As an aspiring author, she wrote for years, then officially published in 2011, finding her true calling, and a love of writing. Holding a Bachelor’s Degree in business, she loves to write about strong, powerful, businessmen and the corporate world.

When not writing, she spends time with family, friends, and her many pets. A country girl at heart, she loves the small town and strong community she lives in and is involved in many community projects.
To date, she has over 7 million book sales and has earned multiple placement on varying best seller lists, including NYT’s, USA Today, and WSJ, being an amazon top 100 bestselling author for 3 years in a row, as well as a Kobo and iBooks best-seller. But beyond that, she just loves getting to do what makes her happy – living in a fantasy world 95% of the time.
See her website and subscribe to her newsletter at: www.melodyanne.com. She makes it a point to respond to all fans. You can also join her on her official facebook page: www.facebook.com/melodyanneauthor, or at twitter: @authmelodyanne. Also, follow her blog at authormelodyanne.blogspot.com.
Hosted By: