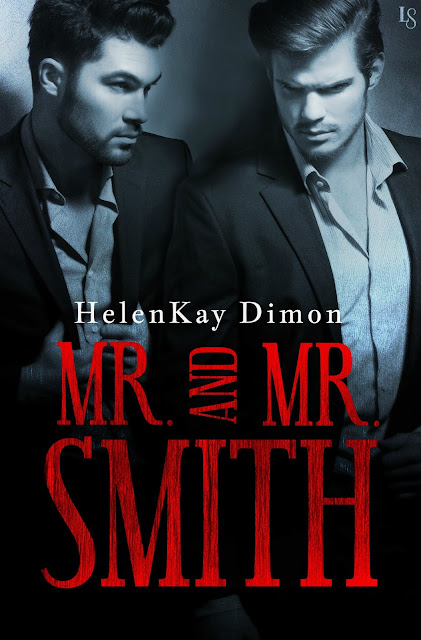 Secrets and seduction make for an explosive combination in HelenKay Dimon’s edgy, thrilling new series, which kicks off with a novel about two men who can handle any threat—except the one posed by desire.

Fisher Braun knows how to keep a secret. As a covert paramilitary operative, his job—and his life—depends on it. He’s at the top of his game, ready for action and always in control. No enemy has ever brought him to his knees, but one lover has: Zachary Allen, the man currently sharing his bed. The perfect package of brains and brawn, Zach is someone worth coming home to, and Fisher hates keeping him in the dark about what he does. But the lies keep Zach safe. Until the day Fisher loses everything. . . .

Zachary Allen is no innocent civilian. Although he plays the tech geek, in reality he’s deep undercover for the CIA. In a horrible twist of fate, the criminal enterprise he’s infiltrated has set its sights on the man whose touch drives him wild. Zach would do anything for Fisher—except blow his own cover. Now, in order to save him, Zach must betray him first. And he needs Fisher to trust him with all his heart if they want to make it out alive.

HelenKay Dimon spent the years before becoming a romance author as a divorce attorney—not the usual career transition. Now she writes full-time and she’s much happier. The author of more than thirty novels, novellas, and short stories that have twice been named “Red-Hot Reads” and excerpted in Cosmopolitan, she’s on the board of directors of the Romance Writers of America and teaches fiction writing at UC San Diego and Mira Costa College.