AT WAR WITH A BROKEN HEART Blog Tour 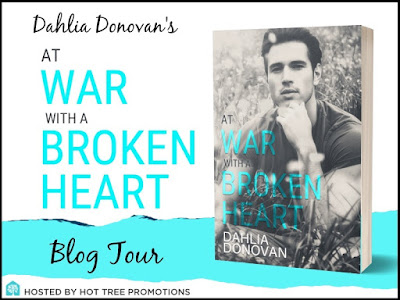 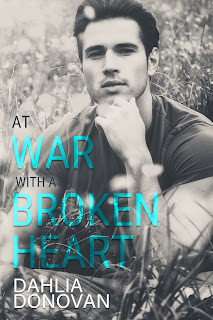 What's the perfect recipe for an emotional MMM romance?

Fie Morogh Russell goes off to war with a broken heart and returns with a shattered spirit. He hermits away in Bideford, Devon, making mugs, with his service dog, Haggard, for company. Post-traumatic stress turns every memory into a minefield, and life is dismal with one or two rare exceptions.

Davet Heuse drags his younger brother to Bideford for a new start. Both autistic, the two siblings have fought hard to enjoy freedom by the seaside. While Davet runs a coffee shop from his tiny house, his brother pursues his dream at university.

Detective Sidney Little has transitioned from military service to the police force easily. His unrequited crushes and his estranged father are the only points of frustration in his life. He hasn't quite figured out how to deal with either problem.

When a tragic accident brings Davet's world crashing down around him, can Fie and Sid help him through the pain of loss?

In this May-December romance with a twist, three men struggle through one obstacle after the other to somehow find themselves in love on the other side.

“Would you stop ignoring me?”

“How about you quit butchering my name? If you insist on using my first one that no one else uses, stop making me sound like a five-year-old schoolboy. It’s Morogh, though you know I prefer Fie.” Morogh Fie Russell scowled at the former love of his life over the top of his reading glasses. He hadn’t seen Edmund in close to eight years, not since Fie’s return from Afghanistan. War hadn’t been kind to him, leaving him a changed man in many ways. “I’ll ignore you if I want, as I didn’t invite you inside.”

“I refuse to call you by a name that sounds like it belongs in Jack and the Beanstalk. What were your parents thinking?” Edmund took a few steps towards Fie, grimacing when he stepped into a stray bit of wet clay. “I wanted to talk. How do you stand it out here in Bideford? I’m surprised you didn’t move back to your family’s farm in Scotland. Devon doesn’t seem your sort of place.”

“You refused to call me anything at all for years. And how is where I live any of your business?” Fie honestly didn’t want to revisit their failed relationship. “What’s changed? Did your latest fling kick you out?”

“I missed you. Us, even.” Edmund gestured towards Haggard, Fie’s blue merle border collie service dog, stretched out across a blanket in his corner of the pottery shed. “I can help. What can your old mutt do that I can’t?”

“Help? You broke me. You lost the right to put me back together.” Fie wiped absently at the sheen of sweat on his brow; he hadn’t even gotten close to his kiln yet. Why am I suddenly overheating? “Sod off with you back to your posh London penthouse.”

“Hell.” Fie dragged a hand roughly through his greying hair. His dark brown eyes examined Edmund and found him relatively unchanged. Still as selfish as ever. He’d missed seeing the fault in his ex-lover’s personality until far too late. “Well, I hope the apology made it all better for you. I still feel like shite.”

“I’m sorry.” Edmund was trying for heartfelt, but it came out sulky to Fie.

“You sent me off to war with a broken heart.” Fie stood up suddenly, knocking his stool over. He dwarfed Edmund with his tall, bulky, almost bearlike frame. “Now I’m shipping you off to London. I imagine it’s far less dangerous than disarming explosives in the desert, and you’re certainly not as emotionally shattered as I was.”

Getting up from his sleep, Haggard trotted over to plop himself down next to Fie. As if timed by the dog and his music player, strains of his Merle Haggard playlist started up. He reached down to pick up his chair and sat on it.

Staying calm had become such a difficult concept for him since his return. Fie had lots of pamphlets about post-traumatic stress; he’d never read most of them. He’d taken to the dog better than the therapy.

“I can’t believe you’re just going to throw away what we had.” Edmund had never been the most
self-aware individual. “Why won’t you even try?”

“You do remember you dumped my arse? Right?”

“How can you listen to this American rubbish?” Edmund changed the subject rapidly, likely in an attempt to give himself time to think.

“It relaxes me.” Fie glanced over at the clock on the wall. “Was there anything else? I’ve got to get started on some new mugs.”

There wasn’t anything else.

All their words had been said. Fie certainly remembered every painful, callous moment. He’d gone to Afghanistan with a gaping hole in his heart and returned with an even larger one. 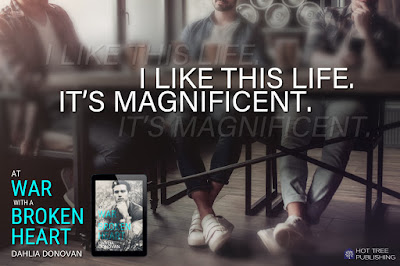