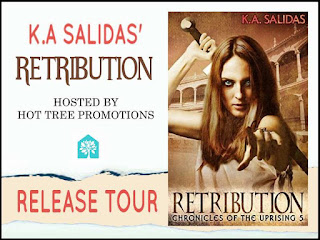 As much as she dreams of a simpler existence, blood and violence are Mira’s way of life. Former gladiator turned freedom fighter; she’s carved a trail from New Haven to Caldera Grove and back, freeing her people, the vampires, from enslavement by the humans.

But with victory almost within reach, a new and powerful enemy emerges. One who’ll be satisfied with nothing less than complete subjugation—or destruction—of all supernatural beings.

With a secret army of his own, he’s more than prepared for any resistance Mira and her patchy rebel forces can offer, and demands their immediate surrender.

Never one to back away from a fight, Mira believes she’s ready for anything. But with the battle lines drawn she will be forced to make the ultimate sacrifice.

Kill or be killed.
Special Sale price 99c!
Kindle US I UK I AU I CA 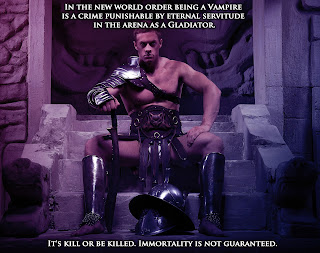 “Viewscreen on.” Mira barked the order like a commanding officer, and immediately regretted her harsh tone. She hadn’t meant to speak to her friend that way.
Nerves were on edge. This meeting with Lone Star had been hard enough to arrange, and they were already late in establishing connection. So much was riding on its success. If all went well, peace might be a possibility. Fisting a hand at her side, it took all Mira had to keep her visible emotions in check. Inside, worry churned and bubbled, threatening to explode. Too much bloodshed, unnecessary posturing, and idiotic egos had already taken their toll on her. And that was just the pre-meeting. No more. This all needed to end.
Words appeared across the Viewscreen affixed to the wall opposite the conference table.
Connection Established
No picture yet. Just static and fuzzy pixels.
“Damn it! Give me a minute.” Curtis frantically clicked the keys at his station and mumbled  more curses.
Collectively, the room took a hesitant breath. Mira wasn’t the only one feeling the pressure. It seemed she was sharing it equally. Everyone knew how much hinged on things going smoothly.
She gritted her teeth, sending the tips of her fangs poking into her bottom lip. Patience was a virtue she’d not been gifted with. She stared forward, hoping to appear determined, but inside her stomach was still churning with anxiety while she waited for the images to process. For all she knew, the other side could already see her though she had yet to view them.
The screen lit up, a window into another office. An ornate iron gate swirling with an intricate vine pattern and a silver star set between its two sides had been embroidered on a blue flag that covered the wall behind a large mahogany desk —the symbol of the capitol of the Iron Gate. An official-looking office for sure, but the person who walked on screen after the connection had been established was not the man she’d expected to see.
“Greetings, New Haven,” a man addressed the room rather than Mira specifically. A deliberate sign of disrespect that was not lost on Mira, and by the low growl coming from Stryker’s throat, hadn’t been missed by her council member either.
Stryker’s posture straightened. He and Mira exchanged sidelong glances, silently acknowledging the slight against her as well as noting that the true Magistrate, if he could be called that, was not in attendance. That was strike one. The meeting was off on the wrong foot before it had even begun.
Through the window of the Viewscreen, Mira studied her new opponent. No man of highborn air would slouch the way he did. Even with half his body hidden by the meticulously carved wooden desk, his posture screamed, plebe. His clothes, while the traditional purple robe of the Elite class, were also a dead giveaway of his low status: he wore his official robe like a jacket over a plain fighters tunic, a simple linen that was barely more than a rag.
She had never been given the opportunity to have a sense of fashion and even for her, his choice in attire was ridiculous. This had to be a joke, or more poignantly, the truth of how lowly Lone Star’s Magistrate regarded New Haven and its council.
Lone Star was the largest of the cities and had been home to the previous Magistrate. It, and its sister city, Bay View, were the last two of the Iron Gate cities to refuse to sign the treaty.
“Where is your Regent?” Mira hissed with impatience.
On the other side of the screen, the pretender, locked eyes with her and a sneer curled his lip. He sat taller in his chair, mimicking proper Elite posture, and glared straight ahead into the Viewscreen. At least he gave the appearance of being Elite now. Still, Mira wasn’t about to put up with his bullshit.
After a few silent moments, he spoke, “Our illustrious Magistrate does not recognize leeches. You will have to deal with me, Regent Marshal Ballard.”
OTHER BOOKS IN THIS SERIES
Book 1 FREE 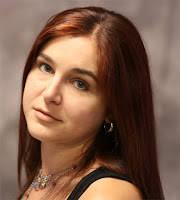 
Katie Salidas, author of the Immortalis series (Urban Fantasy) and the award winning Chronicles of the Uprising (Dystopian) is a Jill of all Trades. She’s a Super Woman endowed with special powers and abilities, beyond those of other mortals. Katie can get the munchkins off to gymnastics, cheerleading, Girl Scouts, and swim lessons; put hot food on the table, assist with homework, baths, and bedtime… And, she still finds the time to keep the hubby happy (nudge nudge wink wink). She can do all of this and still have time to write.
And if you can believe all of those lies, there is some beautiful swamp land in Florida for sale…
Katie Salidas resides in Las Vegas, Nevada. Mother to three, Wife to one, and slave to the craft of writing, she does try to do it all, often causing sleep deprivation and many nights passed out at the computer. Writing is her passion, and she hopes that her passion will bring you hours of entertainment. 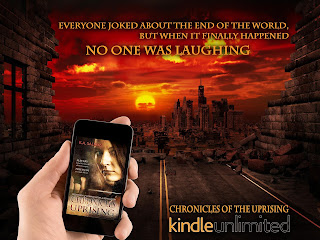