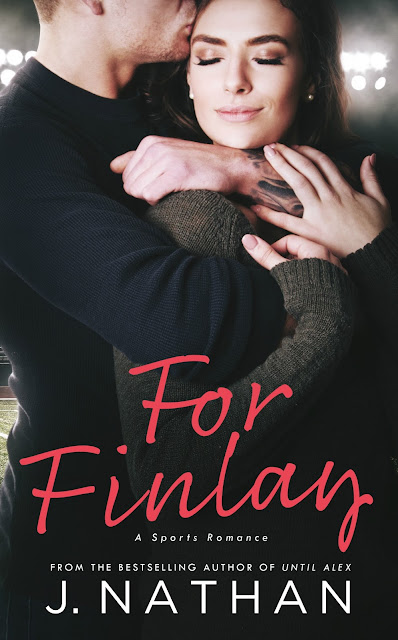 Finlay Thatcher is a lost soul, guilt-ridden after the death of her twin brother. When Alabama's football coach gives her the opportunity to work for him, she knows it's her chance to move on, even if it means living her brother's dream.

Caden Brooks is Alabama's star quarterback. He's got it all. The attention of adoring fans. A girlfriend who'd do anything to hold on to him. And a future in the pros. He's getting along just fine until Finlay steps into his life, despising him at first sight and pushing his buttons like no other.

Unfortunately for Finlay, and her attempt to keep Caden at arm's length, there's nothing Caden loves more than a challenge. The problem with this challenge is she comes with a secret that has the power to destroy everything. 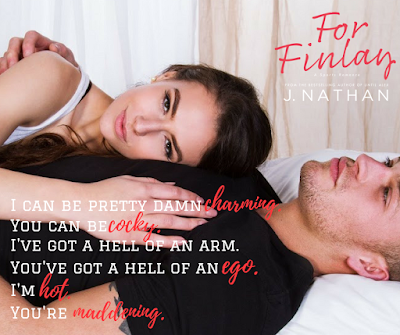 My eyes cut to Brooks. His ear buds dangled over his shoulders. I tugged mine out. “Huh?”

“Just wondering what pearls of wisdom you’re gonna bestow upon me today.”

“You need to stop hesitating when you drop back,” I told him, much to his obvious surprise. “Either do it or don’t. Did you see how those guys pummeled you?”

“Yeah, well, your offensive line sucks. But you can’t give the defense a chance to get to you. Know where you’re throwing and hit the mark. Your receivers are good. They’ll get there.”

He stared at me, his eyes narrowed slits.

I wiped my face with the small towel I’d draped over the treadmill screen. “Don’t worry, you’ve got potential.”

He laughed disbelievingly. “Potential? I’m the starting quarterback for Alabama.”

Those words—especially leaving his mouth—cut deep. The only reason he was playing was because Cole wasn’t.

“I’ve got more than potential,” he assured me.

“Yeah. You’ve got a massive ego ready to destroy small countries,” I said, my words clipped as I remembered why I despised him so much.

“All great athletes have egos. You’ve got to.”

Wow. My hatred toward him was growing by the second. “And you’re humble.”

He laughed. Didn’t he notice I wasn’t laughing? I hoped to God he didn’t think I was flirting. This was as far from flirting as one could get.

We ran in silence, the pounding of our sneakers on the treadmills mirroring the pounding in my head brought on by his arrogance.

“What’s your deal anyway?”
I glanced over at him. “What’s that supposed to mean?”

“Not many girls know so much about football and wake up at four in the morning to run.”

I scoffed. “Hope you’re not implying I thought you’d be here.”

“But you were thinking it.”

He smirked. “You’d be amazed at the lengths girls go to get my attention.”

My eyes flared. “I suppose you think I took some crash course in football, too, just to impress you with all my knowledge.”

My face scrunched as I pressed the arrow on the screen to quicken my pace. “Keep dreaming, superstar.”

“Girls have done some whacked out shit.”

My eyes jumped between the wall in front of me and Brooks. “First of all, I’m not about to steal your towel because it has your sweat on it, nor will I be swiping your jockstrap to sell online. We, my friend, are victims of bad timing.”

“Yeah. Anytime you’re in my space, it’s bad,” I assured him. 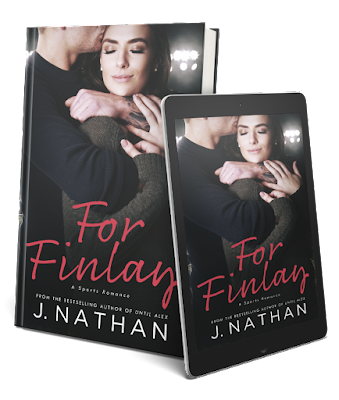 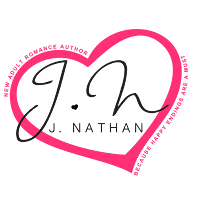 J. Nathan is the author of the new adult novels For Finlay, Before Hadley, Until Alex, and Since Drew. When she's not writing, she's a total romance junkie! Add an alpha male who's unlikable in the beginning...even better. Happy endings are a must. Love triangles and negative people are the bane of her existence. Her family, friends, guys in backwards hats, and watermelon margaritas are the light… 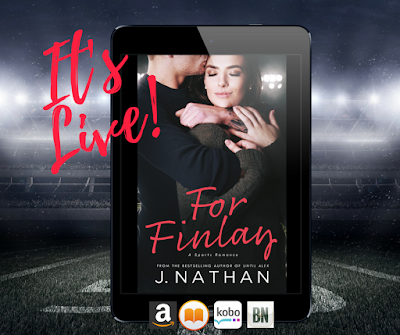