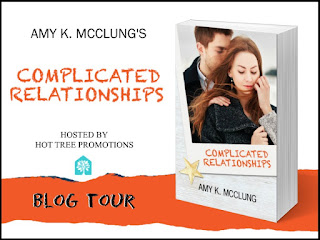 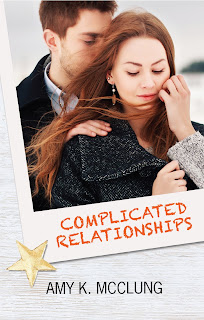 Tristan Jacob’s life is full of complicated relationships. Having been hurt by love and loss, and with his focus on taking care of his younger sister, Macy, for the past five years, it was safer to put his romantic life on hold.

But he's finally ready to find the girl of his dreams.

When an auburn-haired beauty captures his attention, Tristan doesn't realize she has a connection to the woman who broke his heart. Will he get his happily ever after? Or will the complications prove to be too difficult to overcome? 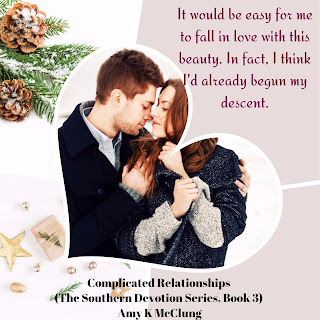 My eyes focused on her. The way her hips swayed back and forth hypnotized me. Her dance partner moved his hand down her sides and began to lift her dress up her thighs. Anger boiled inside me; I was ready to pounce. For anyone else, I’d be flagging down our bouncer to get rid of the guy, but I wanted to rescue her myself. I strapped on my metaphorical superhero cape, and as I approached—to save the day—I noticed she had not only pushed his hands away but punched him in the nose as well. She turned red when she spotted me, and I raised my hand up. “High-five.” She smacked my hand. “It’s hard to believe you complain about jerks. Looks like you can take care of yourself pretty well.”
“I have three older brothers who taught me how.” She pushed passed me, reclaiming her seat at the bar. “Can I get another of those beers?”
“Sure. And if you tell me about the other two guys, it’s on me.”
“Deal,” she agreed. After I had popped the top on the beer, she took a long pull and then began her story. “Guy number three thought he was all that and a bag of chips. He was nothing but crumbs if you ask me. He took me to a strip club. I’m open-minded and all, but a first date… at a strip club?”
“Ouch. I agree. There should be a warning and intimacy already present. What kind of perverted weirdo was he?”
“See, told you I know how to pick them. Last, but not least, the date from the night I met you. We had a great time. He’s charming, sophisticated, well-mannered, all around great guy.”
“I’m not getting a problem with him,” I said, thoroughly confused.
“There was no problem. Until he reached out to touch my hand on the table, and a wedding ring circled his finger.”
“Whoa.”
“That was my reaction!” she exclaimed with annoyance. “He told me his wife cared more about the kids than him these days, and it was practically a dead marriage.”
“What was your response?”
“I told him to call me when he found a woman to believe that line.” She took another swig from her beer bottle. “I’m done dating for a while. I’ll find something else to occupy my time.” And my bubble burst with those words. Maybe I could change her mind about dating?
“How’d you end up here the other night? Is this where you met?”
“No. A friend of mine told me about this club, and I’d wanted to check it out. Ending the date abruptly offered the perfect opportunity.” Peering up at me, she added, “The night definitely ended better than it began.”
“Tristan!” Marcus yelled from behind me. When I turned, he waved his hands to show the fullness of the crowd in front of the bar.
“Shit! I’ll be back.” I sprinted across the bar to take orders. Normally someone can shout something at me, and I can get it easily. With Melanie clouding my thoughts, I wrote everything down with descriptions of who ordered it. Gorbachev: Bud Light beer. Barney: a shot of whiskey. Ginger: Jägerbomb. Fake boobs: cosmo. Mullet: MGD. With five orders written down, I stopped to get them ready before taking five more and repeated this until the bar was clear. Turning to Marcus, I said, “Sorry, man. I was distracted.”
“I noticed. She’s hot, by the way. I’d be distracted too. Sorry you missed out on talking to her.”
“Oh no, she’s….” I started to say as I turned toward her. Her seat held a large, hairy, redneck-looking man. I cursed at missing a chance to ask her out. My relief bartender for the night, Xander, walked toward me from where I’d left her.
“The hottie at the bar paid her tab, then gave me this for you.” He handed me a twenty-dollar tip wrapped around a business card. “She suggested you give her a call and she’d finish telling you a story.”

~~~~~~~
Other Books in the Southern Devotion Series

For the Love of Gracie
Book 1
On sale for 99c

Curves in the Road
Book 2