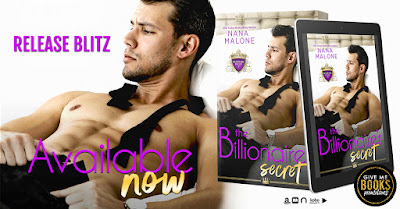 It was supposed to be a simple job. Go to the Winston Isles, stand in for my billionaire double for a few weeks.

But between the kidnapping attempt and accidentally falling in love with my bodyguard, things have been far from simple.

The good news, at least now the woman I love knows who I really am. The bad news is, no one else knows and someone is still trying to kill me.

I came to the Winston Isles to save my mother’s life, now I’ve got so much more than I bargained for. The trick will be to hold on to my brand new life and not get killed in the process.

As I leaned against the wall of the makeshift medical room we'd set up in the penthouse, I thought about the two versions of the man I had started to fall for.

Two versions of one of the richest men in the world. One of them was a billionaire, Derrick Arlington. And the other was someone I didn't know.

And currently, one of them was bleeding all over what looked like a massage table.

I'd fallen in love with a mirage. None of what I'd felt had been real.

As the doctor Royal Elite had on call worked to patch up Derrick, I watched them both. The resemblance was beyond uncanny. They were freaking identical.


No. You can tell them apart.

Right now, I could. But without the scruff and long hair, would I be able to?

I forced myself to take a closer look. To focus on what was different, what stood out.

For starters, Theo, or whoever the hell he was, had broken his nose. There was a slight bump in the ridge. It was barely noticeable, but it distinguished them. That and the eyes, that stormy gray, surrounded by thick lashes. They were the same shape and color, but Arlington's were a little closer together. Or maybe a little wider. It was hard to tell now as he had a cut above one and it was nearly swollen shut.

Heightwise, they looked about the same, but I couldn't be sure. They weighed about the same. And I only knew that because I'd helped drag Arlington off the beach with Theo, who had mumbled some bullshit about me not finding out that way. And sorry, sorry blah blah blah. If I was being honest, the shock had rendered me deaf and dumb right then.

But once the crisis was over, my voice was back, and I had a shit ton to say. Starting with Liar. Conman. Duplicitous fuck.

It didn't matter what form of explanation came out of his mouth. As far as I was concerned, he was full of shit.

This is the 2nd book in the Billionaire's secret and it was just as fabulous as book one. Theo and Zia for
sure have chemistry like no other. But as in book one they are navigating through the lies and chaos that has engulf their lives. We learn more about Derek which I gotta tell you is now a favorite of mine. When truth and lies are reveal can the crown be saved? And will Theo and Zia get their happily ever after? What about Derek will he find love or will he find peace? I don't want to give anything away with this book two because I feel all questions from book one will be answered and it will blow you away. Just know this is a 5+ star read and you will not put it down.

USA Today Bestselling Author, NANA MALONE’s love of all things romance and adventure started with a tattered romantic suspense she borrowed from her cousin on a sultry summer afternoon in Ghana at a precocious thirteen. She’s been in love with kick butt heroines ever since.

With her overactive imagination, and channeling her inner Buffy, it was only a matter a time before she started creating her own characters. Waiting for her chance at a job as a ninja assassin, Nana, meantime works out her drama, passion and sass with fictional characters every bit as sassy and kick butt as she thinks she is.

The books in her series have been on multiple Amazon Kindle and Barnes & Noble best seller lists as well as the iTunes Breakout Books list and most notably the USA Today Bestseller list.

Until that ninja job comes through, you’ll find Nana working hard on additional books for her series as well as other fun, sassy romances for characters that won’t leave her alone. And if she’s not working or hiding in the closet reading, she’s acting out scenes for her husband, daughter and puppy in sunny San Diego.

Want to hit me up? Just email me: