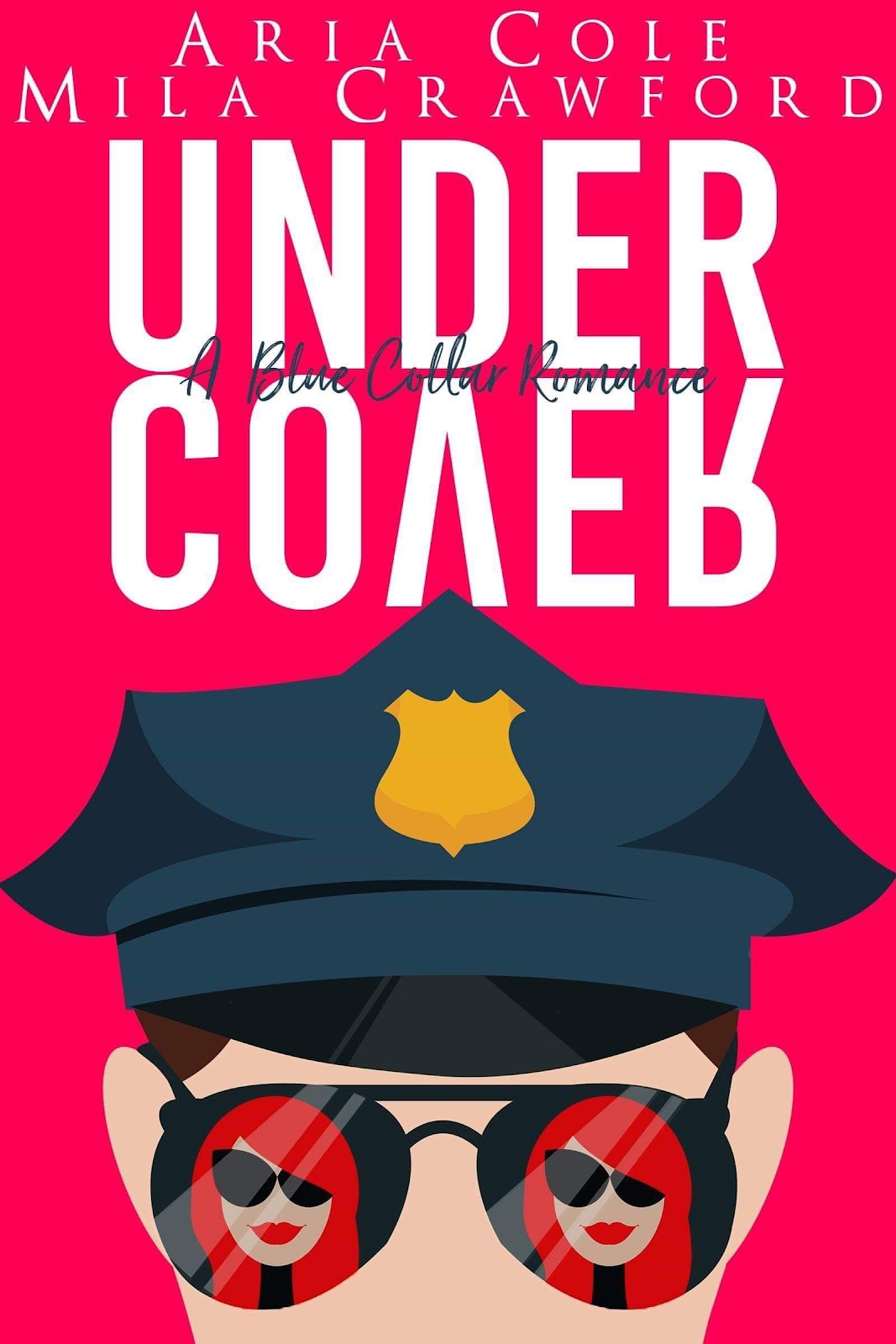 Brody Romano, the lead detective of his small-town police force, has one passion. His job. Because of that dedication, his love life has been non-existent.


And then she came into his life.


His years of working tough cases and long hours at the station could never prepare him for a sassy, curvy, questionably crazy, and down-right gorgeous woman that’s desperate for his help--and willing to do anything to get it.


And now he can’t stop picturing all kinds of filthy ways she could repay him.


When Phoebe Wells shows up at the local precinct to file a missing persons report, she’s not prepared for the shade Detective Romano throws her way...or the fact that it drives her wild.


Desperate for the detective’s expertise, Phoebe will do anything necessary to get him to see things her way.


With every encounter, Brody and Phoebe find themselves inexplicably drawn to each other. With the heat rising and the promise of crossing the line in their future, they can no longer ignore the sizzling chemistry that pulses like a livewire between them.


But maybe that’s just the thing they both desperately want?


Warning: From love to hate to love again, Detective Brody and Phoebe banter like they were born that way, baby. Suit up for a laugh-out-loud romp through small-town crazy catastrophes with a serious dose of sweltering steam.

“You’ve got to get your own place, little bro.” I stood in my kitchen, taking in my still dripping wet brother.

“Funny, you say that now.” Connor gestured to Phoebe, spoonful of Connor’s favorite sugary cereal at her lips. Hell, if I hadn’t been awakened by her shriek and my nudist-ass brother, she’d be eating my bacon and eggs and waffles right now. “Mama is gonna love this, by the way. She’s gonna eat this shit up!”

“This isn’t what it looks like, not exactly.” I glanced at Phoebe and then back to my brother. “Not yet, anyway.”

“Oh, I'm pretty sure this is exactly what it looks like.” Connor had his phone out and was tapping away a message to someone, presumably our mom.

“Connor!” I roared, lunging for the phone.

He snapped a picture and then dodged out of the kitchen.

Phoebe held a hand over her mouth, hiding her quiet giggles.

I shrugged, nailing her with my eyes. “I’m a lot of things, but liar isn’t one of them.”

She hummed, eyes twinkling up at me.

Hell, I wanted to kiss her, really fucking kiss her in a way I didn’t think she’d ever been kissed.

Phoebe stood then, crossing the kitchen to deposit her empty bowl into the sink.

I closed the distance between us, acting on instinct and anxious to feel her against me. I closed her in my arms, placing a kiss on her forehead. “It was torture watching you sleep all night and not being able to touch you.”

She grinned, fingertips tightening at my waist. “That doesn’t sound creepy at all, Dick.”

I grinned, enjoying the way her tender body felt melded to mine. She made me hot in places I’d never really much thought about before now. Something about the need to protect her overpowered all my other senses.

“Honestly, I spent part of the night monitoring that app on your phone to see if there was any activity at your house.” I traced my thumbs across her cheekbones, delighting in the way she came alive like a hot wire under my fingers. “There wasn’t. But also, Connor’s right.” I cradled her face in my palm. “My mom is going to love you. Another woman she can bust my balls with.

“And I can’t think of any better to introduce to my mother.” I kissed Phoebe with slow and aching precision, sucking at the tip of her tongue softly. “Do me the honor of accompanying me to dinner at my mom’s house, Phoebe Wells?”

A slow clap carried across the kitchen.

“Didn’t know you had it in you, bro.” He patted me on the back, wide grin enough to make my blood boil. “I got it all on camera. Mama is gonna have names for those grandbabies picked out by the time you get to dinner.”

“You fucker,” I gritted, Phoebe only cracking into laughter in my arms.

“So what’s it gonna be, Phoebe?” Connor pushed his phone in close, video camera rolling again. “Are you checking yes or no? Inquiring minds are dying to know—”

I swiped his phone out of his hand and flipped it off.

“Maybe I’m not the only crazy one. I would love to meet your mama, Dick.”

Connor’s eyes lit up, slapping me on the back again and swiping his phone. “Congratulations, bro. One step closer to second base. Proud of you.”

“Hey, Phoebe, why do you call him Dick?” Connor asked, popping a few dry pieces of cereal into his mouth. The question seemed to make Phoebe smile with a hint of amusement twinkling in her eyes.

“’Cause the first time I met him, he was a real asshole,” she said as she looked up at me.

“You really need to start looking at rentals.”

“Sure thing. Gotta make way for all those nieces and nephews I’ll soon have.” He was whistling as he walked away.

“I apologize. He’s definitely the wild one in our family.”

“He seems sweet.” Phoebe shrugged, relaxing against me.

“I don’t know about that. So…my shift at the station starts in an hour, but I can be a little late if it means a morning make out session with the prettiest girl I know.”

Her blush bloomed crimson, creeping its way down her neck and disappearing into the cleavage of her V-neck. I kissed her again, hands roaming her waist as we settled against each other, lingering like teenagers making out for the first time. I guess we sort of were.

Her hot little fingers gripped at the cotton of my shirt, sending my stomach into tightly wound knots, imagining the way she might squirm against the sheets of my bed when I sank into her body for the first time.

My cock throbbed, irritation settling in my balls like barbed wire.

“Whaddya say to coffee before work?” I backed away, needing a breath of air to control myself around her.

She nodded, eyes still hovering on mine.

She licked her lips, eyes wide and glued to mine.

“Whatever we do, you’ve gotta go get some more clothes on, or I’ll violate every gentleman’s code I aim to live by.”

She ducked out from under the cage of my arms, and I missed the feel of her body against mine instantly. I grabbed her hand, spinning her back into my arms. “But first, just one more kiss.”

And then I bent her over and kissed her in the way a man should a woman.

Soft little moans panted past her lips that made my balls tingle.

“Heaven help me with you, Phoebe Wells.” 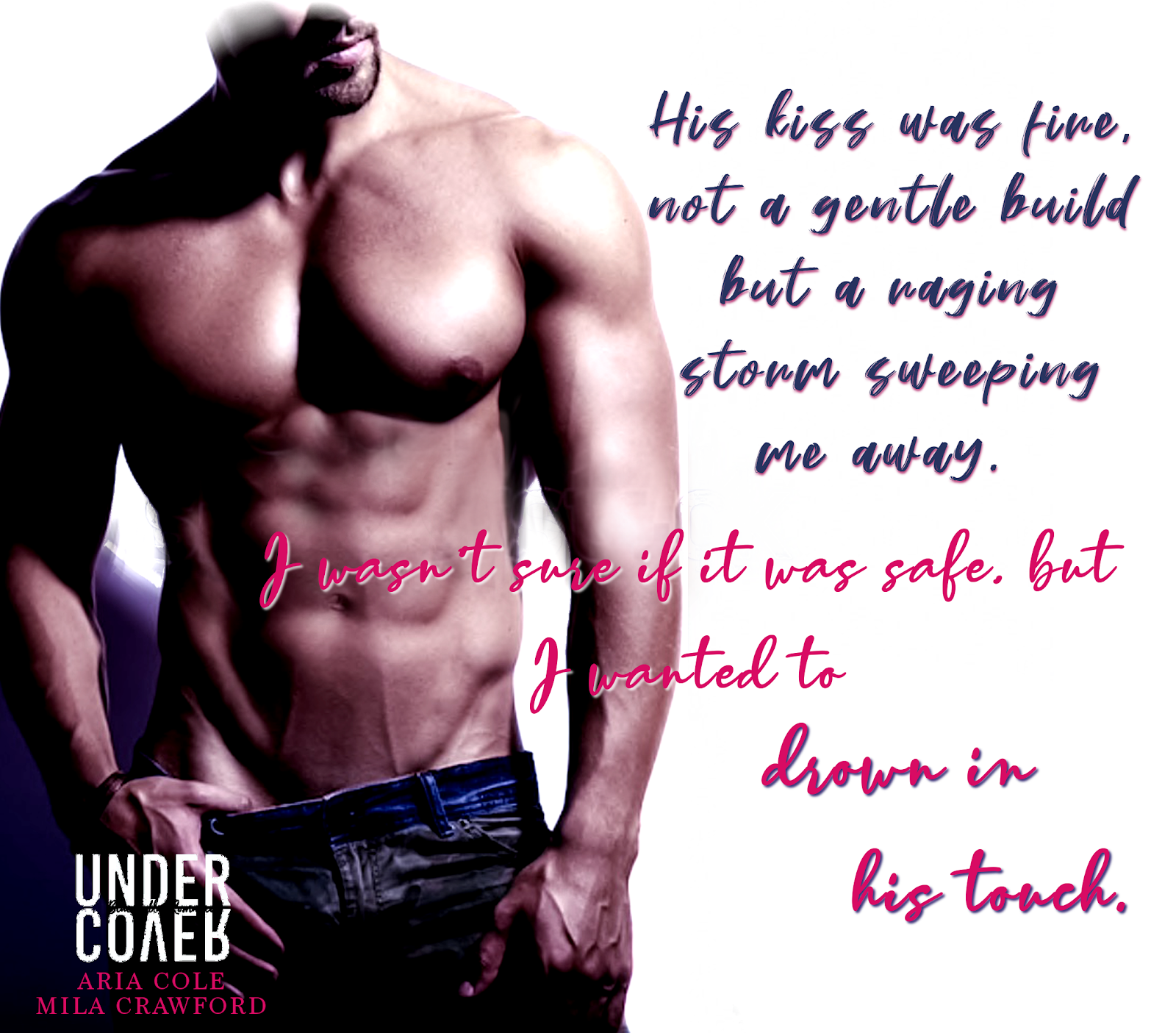 
Aria Cole is a thirty-something housewife who once felt bad for reading dirty books late at night, until she decided to write her own. Possessive alpha men and the sassy heroines who love them are common, along with a healthy dose of irresistible insta-love and happily ever afters so sweet your teeth may ache.