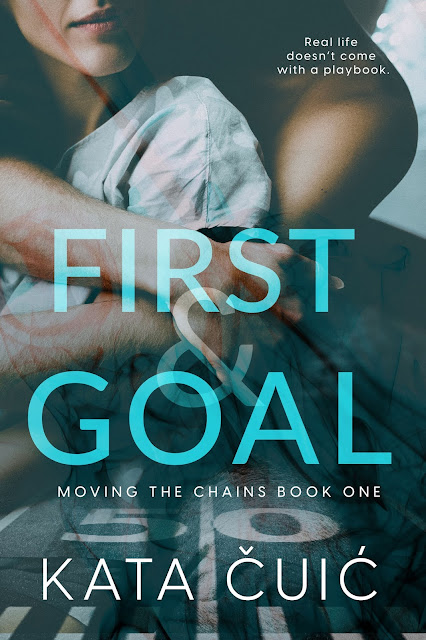 Eva Papageorgiou has one goal—to make it through her senior year of high school unseen and unscathed. When her strategy to stay out of the limelight is derailed by rampant rumors, she’s forced to change tactics. Her new game plan is to keep everyone at arm’s length. Especially boys. So when she’s partnered up in class with the hot as hell varsity quarterback, she pushes and pushes.
Until he pushes back.
Rob Falls just wants to fit in. With his teammates, with his friends, with everyone. His image as the quintessential jock makes him feel like a fraud. Especially since it’s the only reason all the girls at school want him, except the one girl he dreams about. She wants nothing to do with him. When he’s forced to tutor the class pariah, he realizes it’s time to get in the game instead of standing on the sidelines.
She’s going to help him get exactly what he wants, whether she knows it or not. 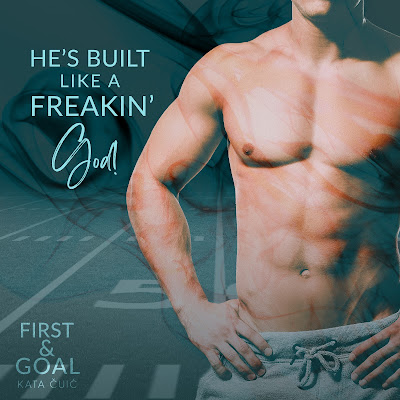 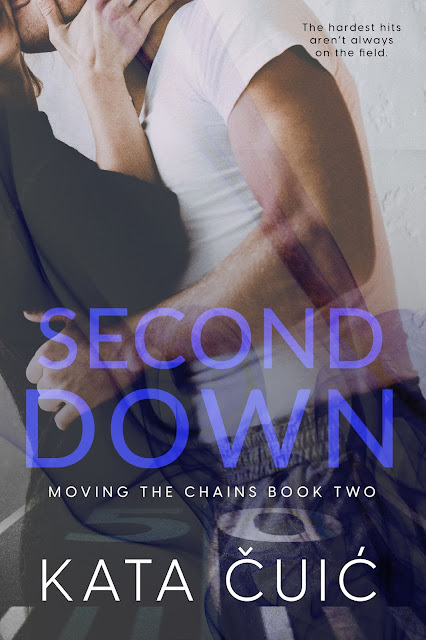 SECOND DOWN
She doesn’t remember the best and worst day of her life.
Eva Papageorgiou has no memory of the brutal attack she suffered at the hands of her would-be rapist—the last few days of her life wiped away completely. But the scars she bears hint at the trauma she endured.
She feels powerless and alone, no longer able to trust her own mind. The only certainty in her life is that everything is different. Until a friend reveals a secret, filling the holes in her memory.
Now Eva is determined to reclaim her life and her control over it.
The day he dreamed of was the one that cost him everything.
Rob Falls is stuck in a perpetual nightmare, unable to move past the horrific event that changed his and Eva’s lives forever. While friends and family urge him to overcome the tragedy, he withdraws, consumed with guilt and regret no one else—not even Eva—understands.
He may never earn the redemption he longs for, but he vows to help her feel safe once again.
Now Rob will do whatever he can to protect the girl he loves from anyone who might hurt her—even himself.
Eva longs to remember.
Rob wishes he could forget.
Even after everything that has come between them, they’re still drawn together.
Can two damaged souls build a future even as the secrets of the past carve new scars?
ADD TO GOODREADS 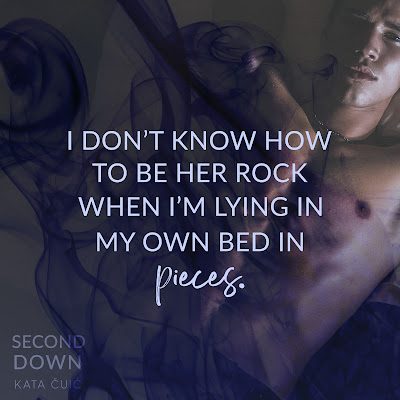 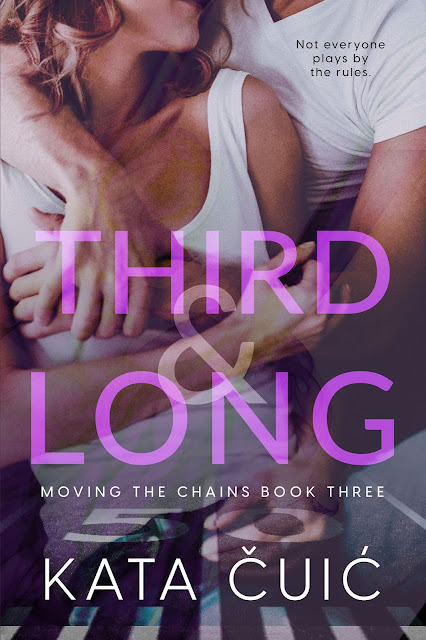 THIRD AND LONG
Eva Papageorgiou has it all: the popularity that always felt so elusive in high school, looks that men can’t ignore, and a boyfriend that other women covet. She’s gorgeous, powerful; she has the world at her fingertips.
And it’s all a lie.
The problem with living a lie is how easy it is to forget who you’re lying to. Eva’s time to withdraw into the shadows has expired, courtesy of Rob’s rising fame. Her only option is to hide in plain sight.
Amid all the chaos, Rob is her safe escape from it all. They continue to be stronger together than they could ever be on their own.
Until being together is what tears them apart.
Rob Falls has everything he’s ever wanted: his dream girl, a winning team, respect from everyone. He’s at the top of his game, with a Heisman on the horizon, and the potential to be a first-round draft pick.
And it’s all crumbling before his eyes.
The mounting pressure of being an athlete at the next level while doing all he can to protect Eva takes its toll. He doesn’t sleep enough, he worries constantly, and he’s torn wanting to be in two places at once.
Rob never imagined the day he’d have to choose between fame and love.
Sometimes life makes choices for us.
With the game and their hearts on the line, will Rob and Eva keep their secrets hidden? Or will they reveal everything to each other, to themselves, to the world…only to lose it all?
ADD TO GOODREADS 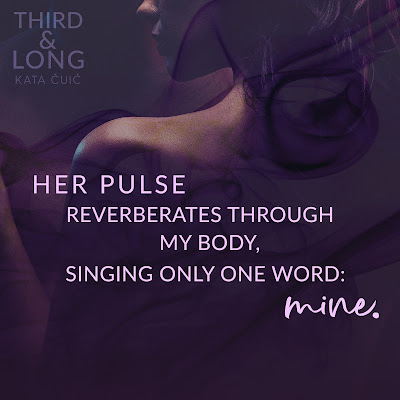 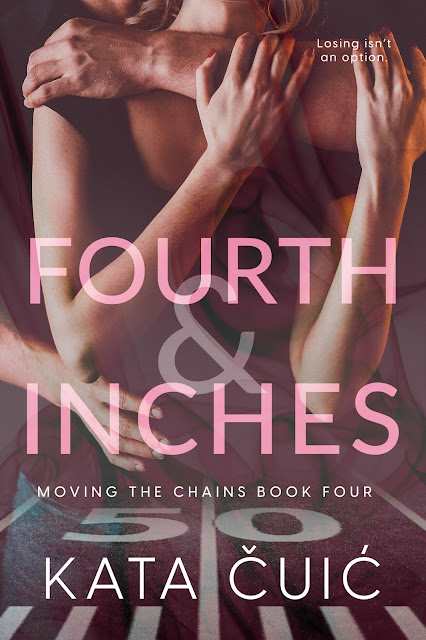 FOURTH AND INCHES
Rob Falls’s life is spiraling out of control. All his carefully made plans have been laid to waste. His friends aren’t speaking to him; he’s estranged from his family. Drafted to the worst team in the NFL, everything he’s worked so hard for seems to be slipping away.
The only thing he’s still sure of is that he needs Evie.
Eva Papageorgiou is lost. Once a driven, ambitious young woman, she’s paying penance for all the wrong choices she’s made. Stuck in a downward spiral, she craves a spark of hope to ignite the change she so desperately needs.
The only thing that hasn’t faltered is her devotion to Rob.
Realizing they need to make changes to go the distance, they challenge each other to do and be better.
Rob knows that to fight for the woman of his dreams, he’ll have to let go of his endless guilt and find a way to be the man she fell for years ago.
Eva understands that to reach their happily ever after, she needs to feel worthy of herself before she can fully accept Rob’s love.
They make a pact to hold each other accountable.
The time frame? One year.
The deal? Get it together or walk away for good.
On the line? Everything.
ADD TO GOODREADS 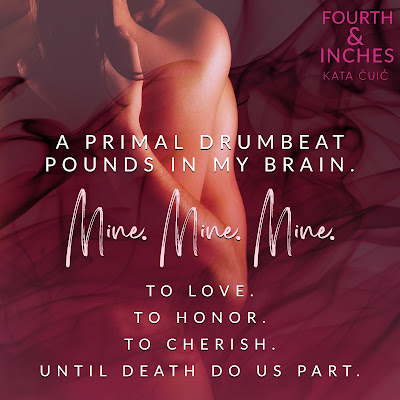 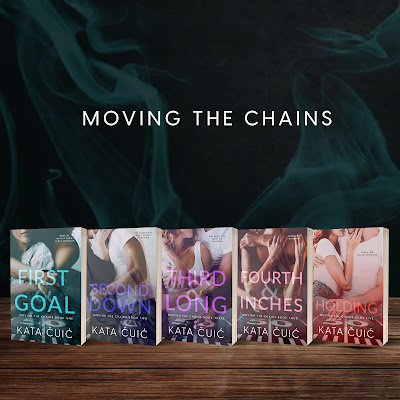 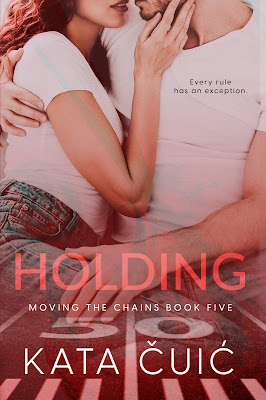 Releasing March 8
Every rule has an exception.
Tori Russo’s job is very simple—be a pretty distraction for a professional football player with a bad attitude. Her only problem? She’d rather gain some actual marketing experience during her internship than be someone’s arm candy for photo ops. Growing up with a Navy captain father and five older, overprotective brothers, she’s never been allowed to stand on her own two feet. She’s going to prove to them she has what it takes to be an independent adult. Even if it means giving in and faking a relationship with one of the NFL’s most eligible bachelors. Tori doesn’t want to sleep her way to the top, but her client is impossible to resist. If she can keep her heart out of the game, she can walk away with her head held high.
Mike Mitchell’s life shouldn’t be this complicated. All he wants is to play football and earn a good living for his family, but his life off the field is riddled with chaos. After a long-standing feud with an old friend-turned-rival is caught on camera, he’s assigned a PR rep by his team. His options are limited—play nice with the sweet as peaches redhead or be benched. With his paycheck and his ability to provide for his mom and sisters on the line, he’s convinced he can juggle one more ball. His only problem? He’s becoming way too attached to this gorgeous distraction. The friend zone is collapsing day by day. If he can’t avoid her temptation, then he’s going to have to find a different way to play by the rules.
ADD TO GOODREADS 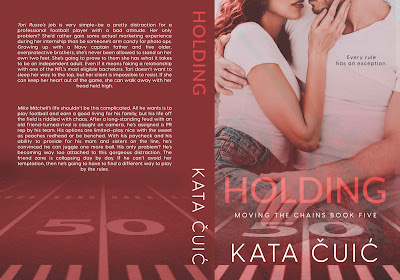 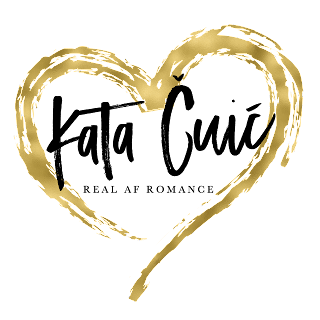 Kata Čuić lives in Pittsburgh, PA with her husband and three teens. No one told her life was gonna be this way. She holds a degree in Linguistics with a minor in Religious Studies from the University of Pittsburgh. Her plans of becoming a pediatric neurosurgeon were foiled by OChem 1. Fortunately, she’d been making up stories in her head since the days of her imaginary friend, Choosy. Putting pen to paper, er…fingers to the keyboard…came surprisingly naturally after her aforementioned teens decided it was time for them to cut their respective cords.
Kata writes everything from angst-filled YA series to standalone rom-coms and has been known to dabble in a bit of paranormal on the free stories section of her website. She believes nice guys shouldn’t have to finish last (except in the bedroom where she prefers an alpha between the sheets but a gentleman in the streets), and that the surest way to a woman’s heart is through laughter and food.
AUTHOR LINKS
NEWSLETTER
FACEBOOK
FACEBOOK GROUP
INSTAGRAM
TWITTER
WEBSITE
PINTEREST 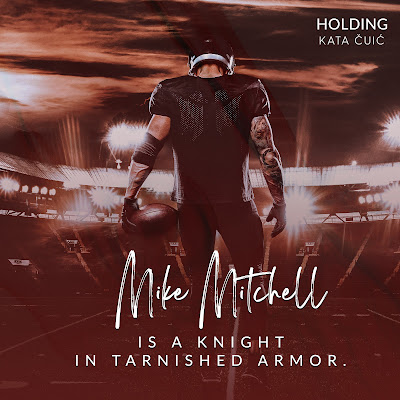