BOOTS on the GROUND Release

I stayed away.
Even though it crushed me.
Because that’s what he wanted.
I distanced myself from the man I love.
I moved on, or so I told the world.
Went through the motions, and smiled when I wanted to cry.
Then chaos flashes into my life, destroying everything in its path.
It’s time to face facts.
Lincoln Hayes is the only one I trust.
The only one who keeps the nightmares at bay.
Linc
I love her.
Thoughts of her came with every bullet that flew past my head overseas.
Every night, I dream about her and what we could have had.
She’s the only reason I came home.
The reason I stay, even though the very sight of her is torture.
After my brother died in my arms, everything changed.
I’m damaged. Broken.
She deserves so much more than I could ever be.
I’ll forever want the life I can never have.
That doesn’t mean that I won’t watch her six.
Boots on the ground, active and ready.
I’ll take out any threat she faces.
No matter the cost… because I’m not strong enough to lose her again.
Grab Your Copy Here! 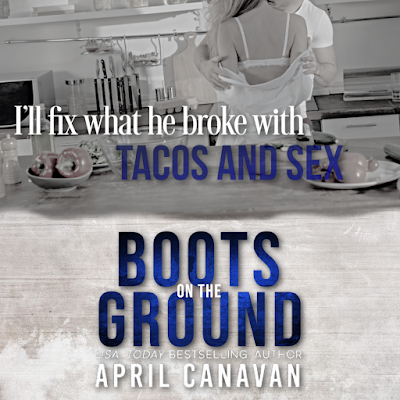 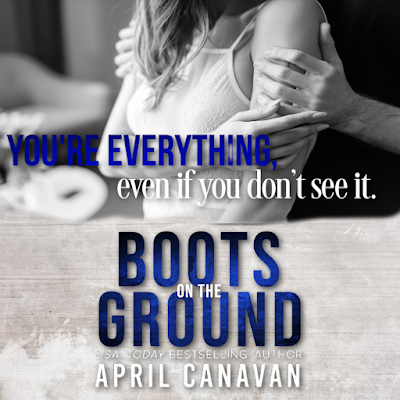 Review:
April has written another amazing story. We have been waiting for Kennedy and Linc's story and it was not a disappointment. Linc and Kennedy have a past and a love so strong they didn't think it would be broken. However, when Linc returns broken things between them won't be the same. Kennedy is trying to move on and live her life no matter what happens, but when her ex comes back into the picture things take a turn. She has secrets that nobody but her knows about. When things take a turn for the worst Linc is there to help Kennedy through it. However, can Linc get over what happened to her and help her heal or will Kennedy finally be done with the back and forth between them. Fall in love with these two and hear from the others in this series.
Meet April Canavan 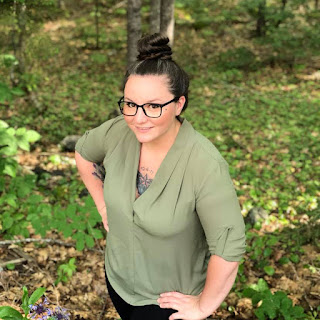 I live on chaos and coffee, and you’ll find it running through every single one of my stories.

First of all, I absolutely abhor writing anything biographical. In any form. I’m terrible at it, and I have the very firm belief that no one wants to know who I am. You’re here for books, right? But that doesn’t mean I’m off the hook.

I grew up sneaking over to my great grandmother’s to read her Harlequin novels. Those were delivered once a month in a ginormous box, and from the age of ten, she let me devour them in their entirety. I fell in love with romance, even the clean kind. And that, undoubtedly, led to many days and nights with my face buried in a book and the discovery that I wasn’t happy unless my hair was up, and I had a story in my hand.

I never wanted to write. I wanted to read. ALL the words. Until someone pointed out to me that I’d been writing my entire life. I just needed to put the book in my hand down and pick up a pen.

Once I started, I found out that I couldn’t stop. Now, I’m always writing. Or reading. Or chasing my son through the house to get the elusive hug he thinks I don’t need.

Oh, and I’m a Leo… which is completely on-point if you know me at all. I love being the center of attention. On my terms. When I can stay at home in my pajamas. With lots and lots of coffee on hand. And maybe a few snacks.