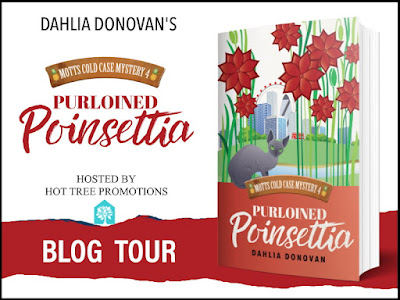 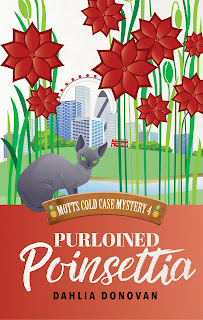 Murder comes knocking when a killer hunts for budding amateur detective Pineapple “Motts” Mottley in the fourth novel of the Motts Cold Case Mystery series.
The past and present collide for Motts when two serial killer brothers barge into her plans for Christmas in London. Her desire to solve her childhood friend’s murder brings her ever closer to danger. She finds herself one fall away from the grave herself.
When one of her former primary school teachers winds up dead in her burning house, Motts realizes the mystery is far more twisted than she ever imagined.
Is she running out of time to catch not one but two killers?
What sort of macabre gift will Motts find wrapped under the tree?

A Pineapple, a cat in a sweater, and a turtle hide in a garden in the middle of winter to avoid the clutches of the icy queen ogre.
Right.
Mildly dramatic.
More than mildly dramatic.
After living in Cornwall for almost a year, Pineapple “Motts” Mottley hadn’t anticipated returning home for the holidays. Not when home meant her overbearing mother and her mild-mannered, loving father. If it hadn’t been for the serial killer trying to complete his schoolgirl collection, she’d have stayed hidden in her little cottage on the top of the cliff above Polperro.
No one knew for certain who the serial killer was. Or if they were really after her. The police had managed to determine many of the girls in her primary school class had been murdered or died in suspicious circumstances over the past thirty-plus years.
Definitely not a coincidence.
So Motts had resigned herself to spending most of December in her childhood home. With her parents. At forty years old. She was not looking forward to any of it, considering she’d left London for a reason.
To get away from the noise and her mother.
Sometimes the noise is Mum.
Her mother meant well. She just hadn’t ever managed to adjust to having a daughter who was autistic, asexual, and biromantic. Motts had hoped at some point she would.
She hadn’t.
At least her mother had stopped trying to set her up on dates with unsuspecting men and women. Motts had enough chaos in her life. She didn’t need random strangers thinking of her romantically. 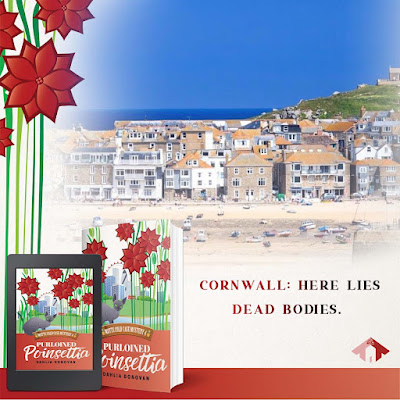 Website | Facebook | Twitter | Goodreads | Amazon
Dahlia Donovan wrote her first romance series after a crazy dream about shifters and damsels in distress.  Dahlia is an autistic who prefers irreverent humour and unconventional characters.  She has found great happiness with her husband, her tiny dog Bacon, and her collection of books and video games.
Dahlia has worked over the years as a teacher, insurance adjuster, and even had a brief stint as the pianist in a band–very brief, like three weeks. She uses her experiences as a TCK travelling around the world during the first twenty-years of her life to add spice to her stories.