All Need So Insatiable

“You've owned me from the moment I walked into that music room. You've wrapped yourself in my heart and mind. I can’t get you out. I don’t want to.”
~ Rafael Van Rees

Sophie Fisher’s life is on fire. If she’s not ducking around corners or slipping out of windows to escape the debt collectors her father's death has left knocking on her door, she’s dealing with her rebellious, fifteen-year-old sister, Lilli. And, as if that’s not enough, Rafael Van Rees crashes into her life—literally—bringing with him a past the public has no idea of. Can she unravel his mysteries before he unravels her, or will his presence finally force her to face the demons she's trying to outrun?

Rafael Van Rees prides himself on being in control of his destiny, music and women. As far as he is concerned, his past is a black cloud in the distance--until he meets Sophie, that is, and his world spins out of control in more ways than one. He knows the darkest sins and secrets eventually reveal themselves, but when it comes to Sophie, he'll stop at nothing to protect her from his past. Even if it kills him.

Review:
I love music it is a huge part of my life so to read about it just melts my heart. Sophie and her sister Lilli have lost everything (their parents). On top of that Sophie has found out that her father left a debt the size of Kansas and now those people are coming to collect. Except the collectors are bad people and she is trying to shield her sister from that by escaping them ever chance she get's. While studying music she meets Rafael, but to him they have met before. Rafael is handsome, strong willed, and has a memory that has kept him sane. Their attraction is hard to miss but as event play out they will both be tested and Sophie will find out secrets that she doesn't want to know. Can she and her sister survive the bad stuff and move on or will it crush them?

I stalk toward the car, my fists twitching at my sides. Another thud comes from the house. The image of her wrapped in someone’s arms is replaced by one that entirely chills my blood. I change directions and dash across the lawn to the front door. It’s locked. I lift my foot to kick it in, but pause when I hear sounds coming from the backyard. I round the corner, scanning the area. Two large backpacks lay on the lawn. A smaller one tumbles to the ground beside them. I jerk my gaze up, trailing it along the rope dangling from the roof.

Sophie leans out a window on the second story, grabs the rope, murmuring under her breath, and wraps her booted legs around it, sliding down expertly. I groan, readjusting the front of my jeans as I watch her curvy ass descend. I move to stand below the window and wait, my hands ready and twitching. Who said stalking doesn’t have its benefits?

“What are we rehearsing for? Grand Theft House, or this is just a nightly thing?”

She squeals, flailing, and plunges into my arms, cursing words that have my ears burning. I let her squirming body slide against mine until her feet touch the wet grass.

I duck my head, leveling my lips to the shell of her ear. “Ladies don’t curse.”

She shivers, and whirls around to face me, her eyes on fire and her cheeks flushed. “If you haven’t noticed, I’m nowhere close to a lady. What the fuck are you doing here?”

“Saving you from breaking that pretty little neck.”

She stomps to the backpacks and picks them off the ground. “I don’t need saving.” One bag goes over her shoulder, the other around her chest.

“What’s with the Sedan outside?”

Her hands stop adjusting the smaller bag, and she sways as she tries to balance the extra weight. “They’ve been watching my house since my dad passed away.” She starts to walk toward the bushy fence on her right.

“Where are you going?”

“In the bushes?” She ignores me, and walks off. I grab her arm and spin her around. I’m not in the mood to argue. If Josef called Kravic to tell him I was hanging around, we might be sitting ducks right now. “We need to talk. Now.”

She frowns. “I’m staying at Jace’s, and need to get back before everyone gets nervous.” Her gaze darts around. She licks her lips before looking up at me.

“They’ll be fine. Trust me. I have someone watching their flat. Look, I know about the people following you and Lilli around.”

She stumbles back, her eyes wide. “Wha--how did you know? Did Jace tell you? Oh my God, she did, didn’t she? I’m going to kick her ass from here to Russia.”

I step forward, grabbing her shoulders. “Stop freaking out, Sophie. Jace didn’t tell me anything.” She tries to shake herself from my grip, but I don’t let her go. “There’s so much I want to tell you, but we need to leave, okay? Trust me.”

“Damn it, Sophie, listen to me! I know these men. They’re not here because they want to play house with you.”

Shit! This is not how I wanted to explain things. I nod once. I’m already balls deep into my confession. No point in trying to deny it now.

She studies me, and, for just a moment, I see fear reflected in her eyes. “And you want me to trust you, Rafael? How the fuck am I supposed to do that?”

She abruptly wiggles out of my hands, and darts toward the front of the house, dropping the backpacks.

“Damn it all to hell!” I tear after her, scooping her up before she rounds the corner. She shrieks,  flailing her legs and arms, trying to dislodge my hold. One foot hits my balls. “Fucking hell! Stop that right now.” I growl in her ear.

Of course, she doesn’t. Clenching my jaw, I drop to the ground, making sure my body takes the impact, then flip around so she’s on her back. I pin her arms to the ground.

“Are you trying to castrate me? Seriously, Sophie, stop this struggling shit right now.”

She stops, glaring up at me. Tears swim in her eyes, reflecting the moonlight. She blinks hard, as if to push back the tears. Our ragged breathing fills the quiet night.

“Are you ready to listen to me?”

She swallows, and nods. I wait until I feel her body relax beneath mine, then ease my hands off her arms, and unpin her legs from my thighs. Her knee jerks up, toward my groin, and I tilt my hips fast.

“Bloody hell!” I grab her biceps, let my body drop onto hers, and capture her mouth with mine, swallowing her yelp.

Christ, she tastes like fire and tears and fear. Her mouth is the most fantastic thing I’ve ever tasted. Her bunched muscles relax beneath my fingers as a whimper rushes through her mouth. Pulling back, I nip her jaw, tracing a path to her ear and running my tongue over its outline.

“You taste so damn good, Sophie. Want to kick me again?”

She doesn’t answer. I pull back, quirking a brow at her. Fuck, she’s so beautiful with her flushed cheeks and plump, sweet lips.

She shakes her head.

“Good.” I brush that little dimple on her chin with my fingertips. “Trust. Me.”

She bites the corner of her bottom lip and nods. “This talk had better be good, or I might stab you while you sleep.”

I write YA, NA and Adult. My motto: Passion rules. I enjoy writing stories about people finding love in the most unexpected places, coupled with adventurous journeys, whether it's urban, fantasy, sci-fi, contemporary or paranormal romance.

There's always a happy ever after, no matter how long it takes to get there.

A note from the author

I'm a big fan of beautiful covers. I also believe that covers go a long way in getting a book noticed by buyers. I love ALL my covers, but sometimes it's not easy for me to find an image that gives me the feel for the story. Sounds pretty weird, huh?..LOL

In the last few months, I've changed the cover for A Need So Insatiable twice, trying to find the right feel for the book. Recently, I did a small poll between the current cover (the model in a suit)  and an older version (the couple). As much as the majority loved the brooding male on the cover, they also loved the one featuring a couple. I decided to go back and change it to see how the response would be. I'm quite happy with this one too, I love the male model's expression.  Plus, just look at how he's holding her, and where her hand is on his neck? **swoon**

What do you think of the new cover? 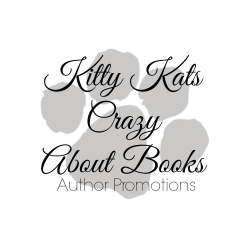