*This book can be read as a STANDALONE*
I fight for what’s mine.
Growing up with a junkie for a mother, Stiff’s responsibilities came young and fast, taking care of his brother with everything he had. If that meant getting his hands dirty, then so be it.
Becoming part of Vipers Creed MC gave him the family he and his brother never had, people they could count on. He vowed to protect them, even when that meant turning his back on the woman who gave him life … until Chelsea.
He knew he wasn’t good enough for her, but he didn’t care. He had to have her.
After all, Stiff always fought for what was his. No matter the price.
No one messes with my family.
Chelsea Miller’s life was simple: work, family, save for the future. Every day was the same. Her ultimate goal: live an easier life than the one she’d been dealt. That was, until her sister ended up bleeding, bruised, and fighting for her life.
Everything in Chelsea’s life changed in an instant. And the cost of protecting her family was far higher than she had bargained for.
Stiff. The Vipers Creed MC. A relentless trail of bullets and carnage. Everything she knew turned on its head.
Survival of the fittest, they say. Well, Chelsea’s a survivor. And she refuses to go down without a fight.
When two stubborn people clash in a combustion of passion and family, will conquering each other come at a price neither of them is willing to pay?
*Due to subject matter, mature audiences 18+ only* 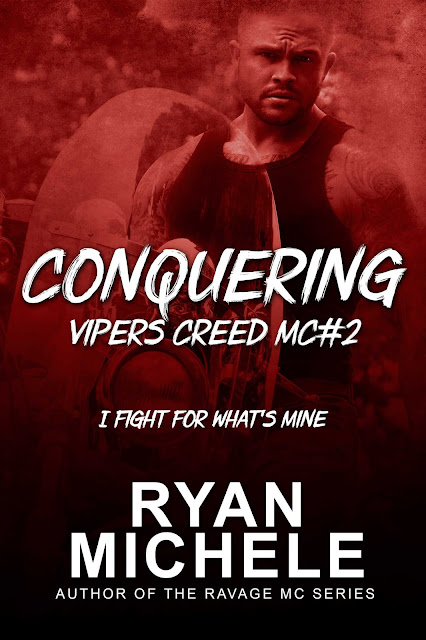 Kristie's Review:
Omg it happened again! I could put it down! I lost a lot of sleep staying up to read it and I love every second of it! Stiff and Chelsea are awesome together! They were identical to each other! They are both strong willed, fiercely loyal and both have been hurt by someone they love; so trust doesn't come easy! But what come easy is the hot sex and dirty biker banter! This was perfect…hot and suspenseful with every other emotion you can think of! 5 Stars

Lisa's Review:
This book was toe curling and nail biting good. If you have read book 1 then you will love book 2. Book 2 is about Stiff the one who shows no interest in anything and is a hardass through and through. He doesn't want to be tied down and he likes his life how it is. How does he handle things? Well with one look. And that one look is what had Chelsea fall in lust with Stiff sometime ago. She will never act on her feelings because for her she knows he wants nothing to do with her. Why would he? He's a badass and she's not. But one night changes all that when her sister is dumped bloodied and bruised and Stiff and the Vipers Creed MC are there to witness. What was a protection for the girls turned into heartache and love. But for Chelsea and Stiff the only thing they had was lust. But when Chelsea is in danger will Stiff be there or will the MC? Can she protect her family like she has always done or will she have to rely on others?

"Prepared to be conquered, by Stiff. Vipers Creed is an MC series that keeps you craving more. Five plus stars for Conquering!" ~Terri Anne Browning, USA Today Bestselling Author

"This book is filled with all the goodies that Ryan loves to bring us. Her writing is an addiction that I for one crave." ~Kathy Coopmans, USA Today Bestselling Author 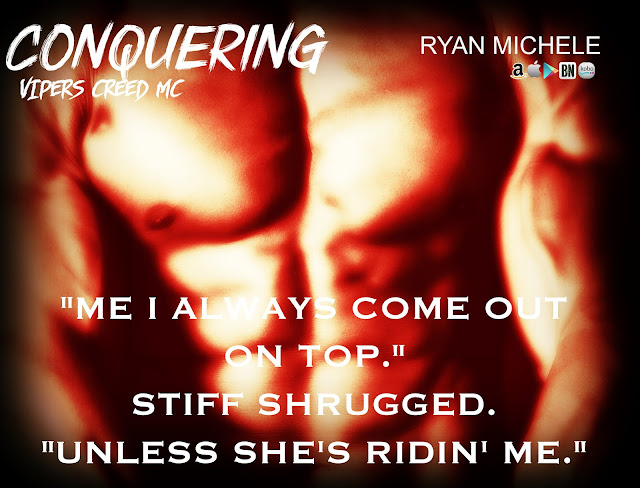 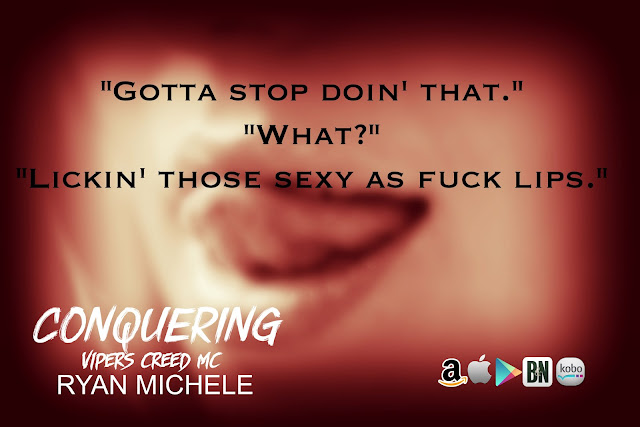 ~CLICK HERE~
To enter the paperback giveaway over on Goodreads 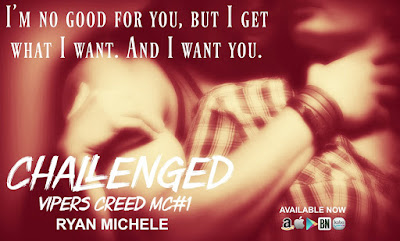 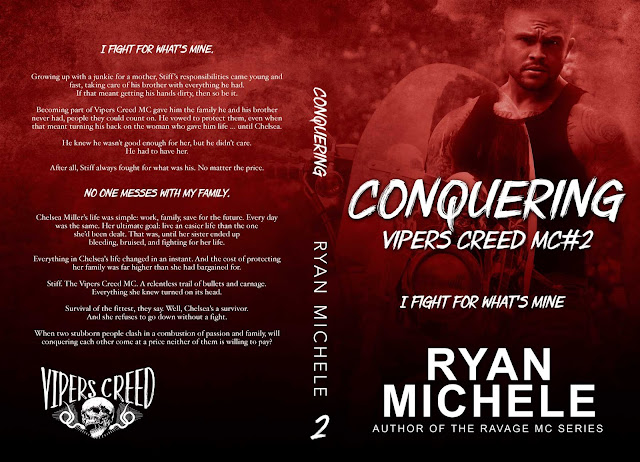