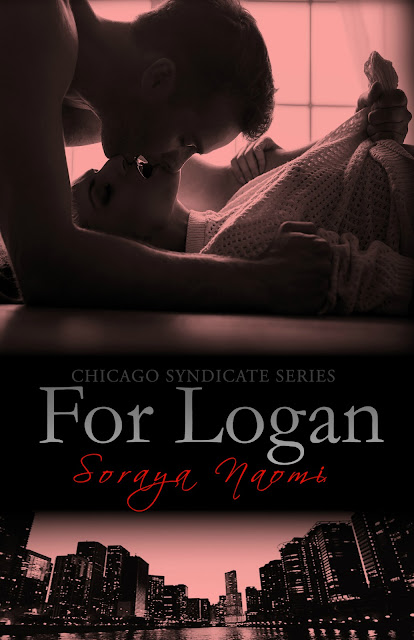 After a lifetime of loss, Logan Wade has no faith in things such as justice. He screws and discards women with ease, and deep down, he doesn’t even know who he is anymore. He’s an agent who’s defecting to the Chicagoan mafia, the Syndicate.

However, Logan’s tightly scheduled plans derail when he meets Rosalia Calderone, the mafia counselor's daughter, who's ten years younger, reckless, and doesn’t know when to keep quiet. Shrouded under the secrets of her parents, Rosalia has been kept out of mafia business her entire life until unforeseen circumstances thrust her into Logan’s path. As she grows closer to him, Rosalia sees that there’s much more to Logan than what he shows the world. Even though she realizes it's dangerous to fall for a closed-off man like him, she’s a girl who always follows her heart.

What starts as a forced acquaintance turns into an illicit affair where risks are taken and bonds are broken, and Logan and Rosalia learn that love can be disastrous.

Every action has a consequence, and matters of the heart are no exception. 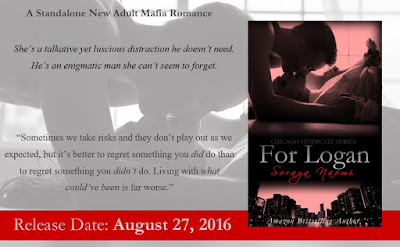 “Forgive me, Father, for I have sinned,” I confess in the small booth and shut my eyes, causing two tears to roll down my cheeks in regret.

My gaze shoots up to the lattice screen in time to see him exiting the compartment. Then he yanks open my door. I’m met with stormy, sapphire eyes – the color of a cloudless sky – that have haunted my dreams for many nights.

Logan steps forward, but I push him out of the confessional with both of my palms on his hard chest. “Where have you been?” I demand, wiping my tears away angrily.

As my vision clears, I’m astounded by how much he reminds me of the man I fell in love with. His navy dress shirt is tucked into his slacks, showing off his toned torso. Nonetheless, this is the man that is my Heaven and my Hell. My current Hell; but the time we lived in Heaven together isn’t easily forgotten.

He studies me for a long moment, as if I’m a figment of his imagination. Then he runs his fingers through his dirty blonde hair and messes up the strands, making him much too appealing in his anguish.

“Rosa,” he says in a tormented tone. Reaching for me, he cups the back of my head and threads his fingers through my long, black hair.

His sandalwood cologne invades my nostrils and brings back memories that are best left in some dusty corner of my mind. He lowers his forehead to mine, and I clutch his shirt as the passion he incites in me still pumps furiously through my veins. His thumb strokes the dimple on my cheek while we stare at each other.


“I should hate you,” I mumble, confused.

“Explain what? You broke my heart and left. Everything’s ruined!”

“I had to leave to set things straight and so that I didn’t get killed in the process, Rosa,” he snarls. Yet, in a softer tone, he adds, “But I had to see if you’re okay.”

We’re standing face-to-face, and as he tilts my head up, I recognize the flame of love in his dark irises. As usual, we lose control the second his mouth slants over mine. He commands my emotions with the heat of his touch. Logan’s lips urge mine apart, guiding me hungrily into his masterful kiss. One large hand covers my ass while he palms my head. On their own accord, my arms wind around his neck. Our teeth clash and our tongues dance in a teasing foray – desperately recapturing a love that others tried to extinguish.

He growls and lifts me up into his arms effortlessly. My jade, knee-length dress rides up my hips when I hook my legs around him before he carries me to the elevated altar of the church, surrounded by devotional statues and lit candles. I’m shoved onto the two-step carpeted stairs in front of the altar while we grind into each other. Logan nips a path up my throat as I gaze up at the painted angels on the dome ceiling. He pulls my lips between his teeth and bites the corner of my mouth.


“I need to fuck you,” he groans huskily, pressing his rock-hard erection against me.

We’re both breathing heavily, forgetting where we are – in the Parish of the Blessed, in the middle of the day, with people inside the sacristy.

This is what he’s done to me. Even after everything, I’m unable to deny him. I’ve chosen to be bad right along with him, and I’m choosing it again.

We’ve always been reckless. We’ve broken a family apart. And now, we’re about to fuck in the church where the wedding will take place in less than twenty-four hours. 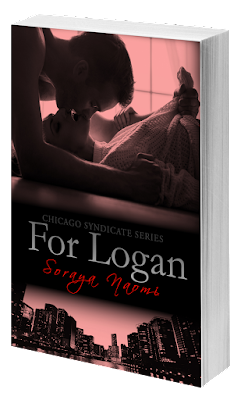 
I read many genres but favor intense, seductive, and provocative novels where the male character loves fiercely, without remorse or boundaries. I also adore forbidden love tales and have an odd fascination with kidnapping romances. No, I don't secretly want to be kidnapped, though!

I have a passionate obsession with the written word and indulge in chocolate pastries much too often.

Sign up to Soraya’s newsletter to keep up to date with release dates: http://eepurl.com/b0MS85