HUNGRY For Her Release 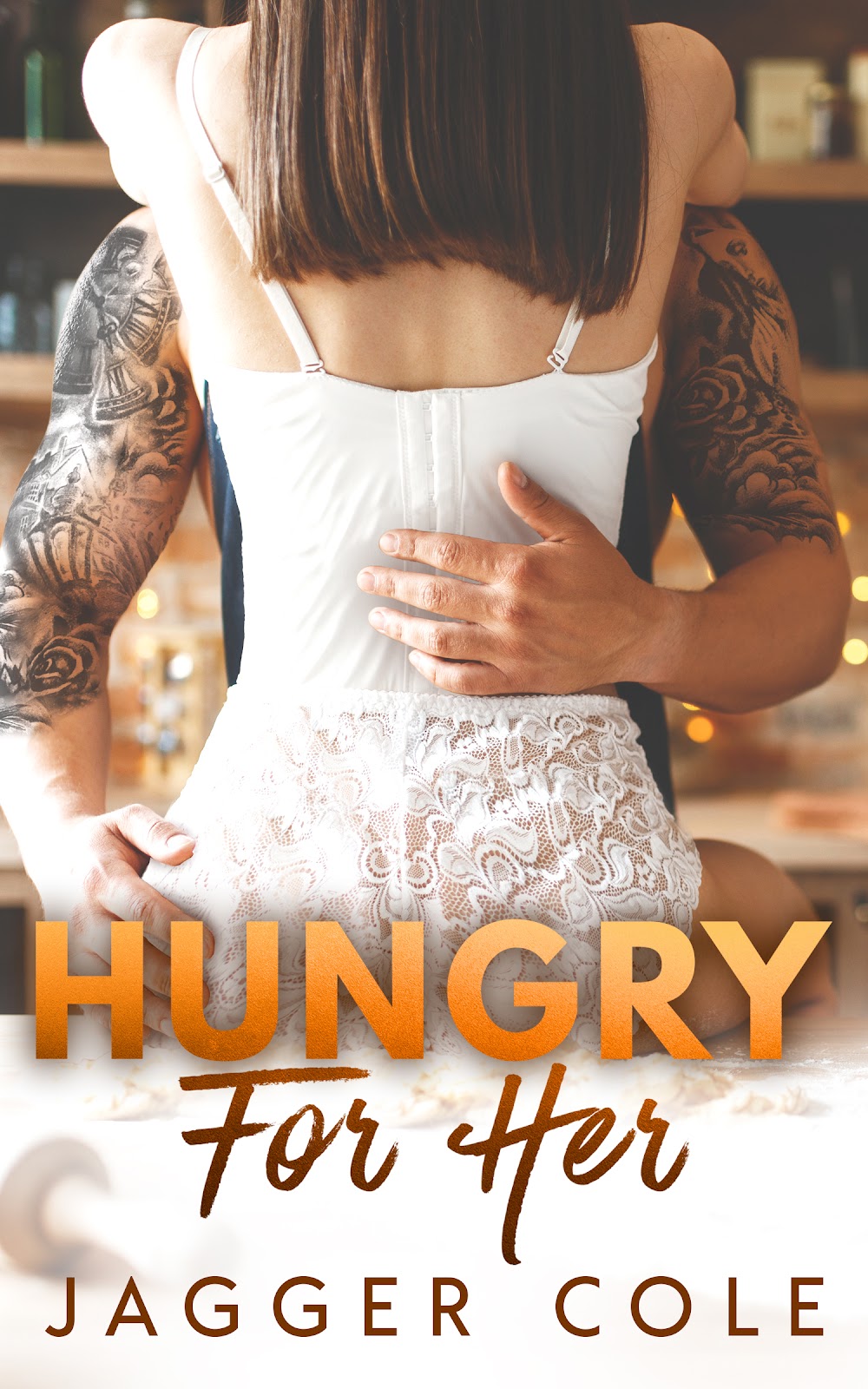 Cold River Falls was supposed to be a place to start over. No more fights. No more killing for the mob. Just an escape from the demons from my broken past. A new name, a new life, a new clean future.
That plan is going pretty great, until she walks through the front door of my bakery.
Curvy and sweet. Tempting and innocent. Sohpie Caradine pulls me in like no other woman ever has. She captivates me, like a moth to flame. She’s a goodness I’ve never once known.
I should stay the hell away from Rose. But when trouble comes looking for her, there ain’t no way I’m standing by.
Getting involved could jeopardize everything. Getting close to her could destroy the peace I’ve built for myself.
I used to use these rough hands in anger. But now, all I want to use them for is loving her. Now, all I want to do is hold her close, keep her safe, and never let her go.
And you can be damn sure I won't. 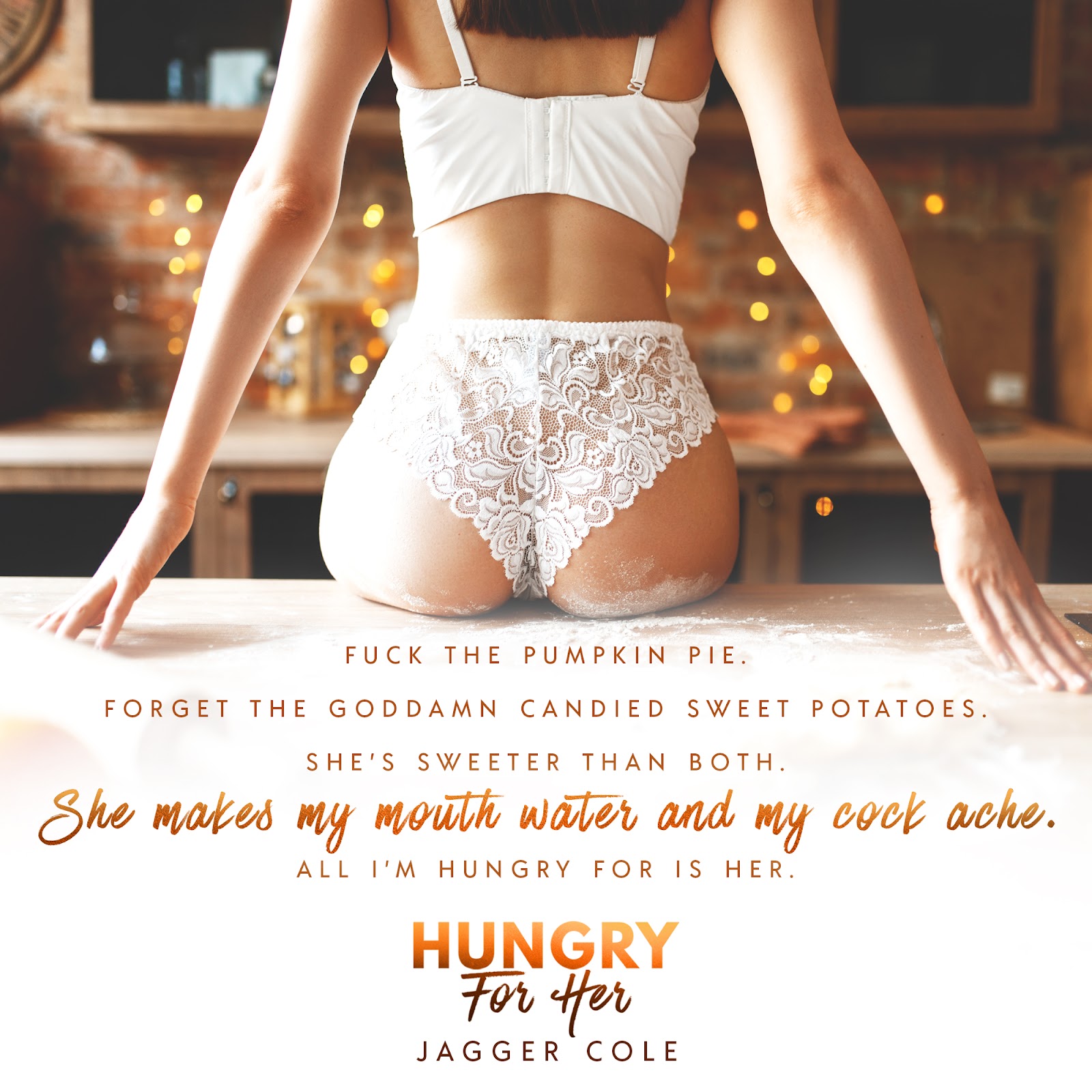 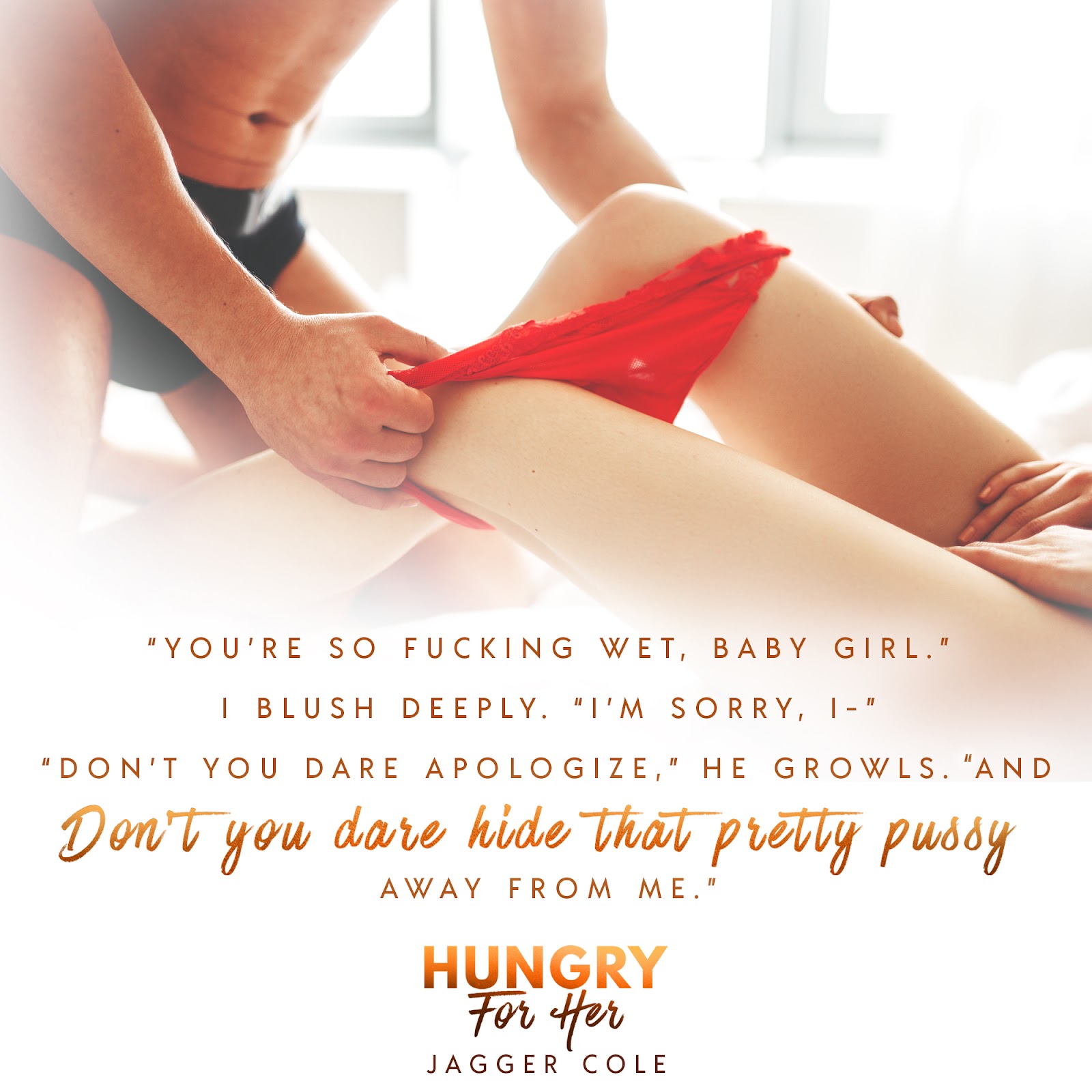 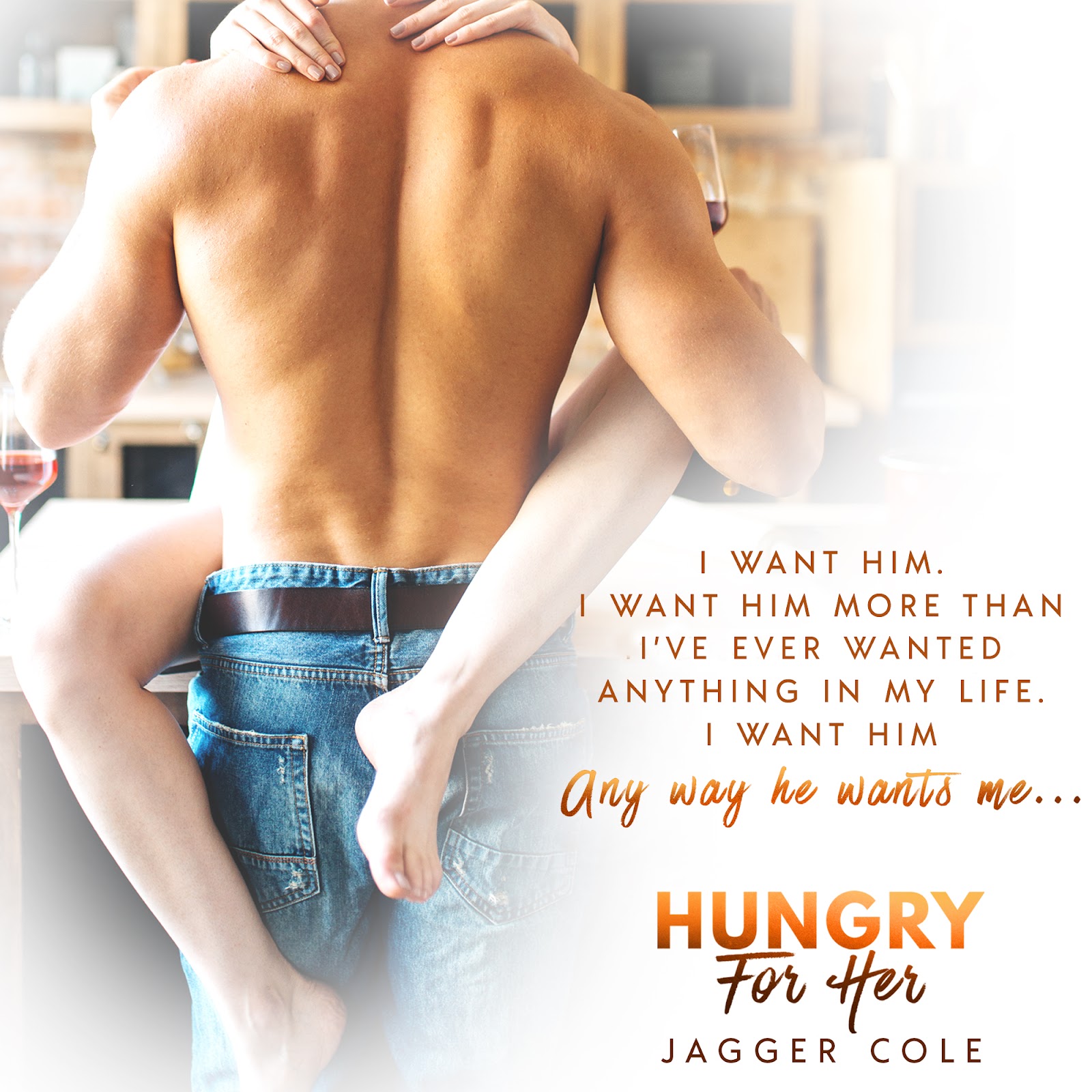 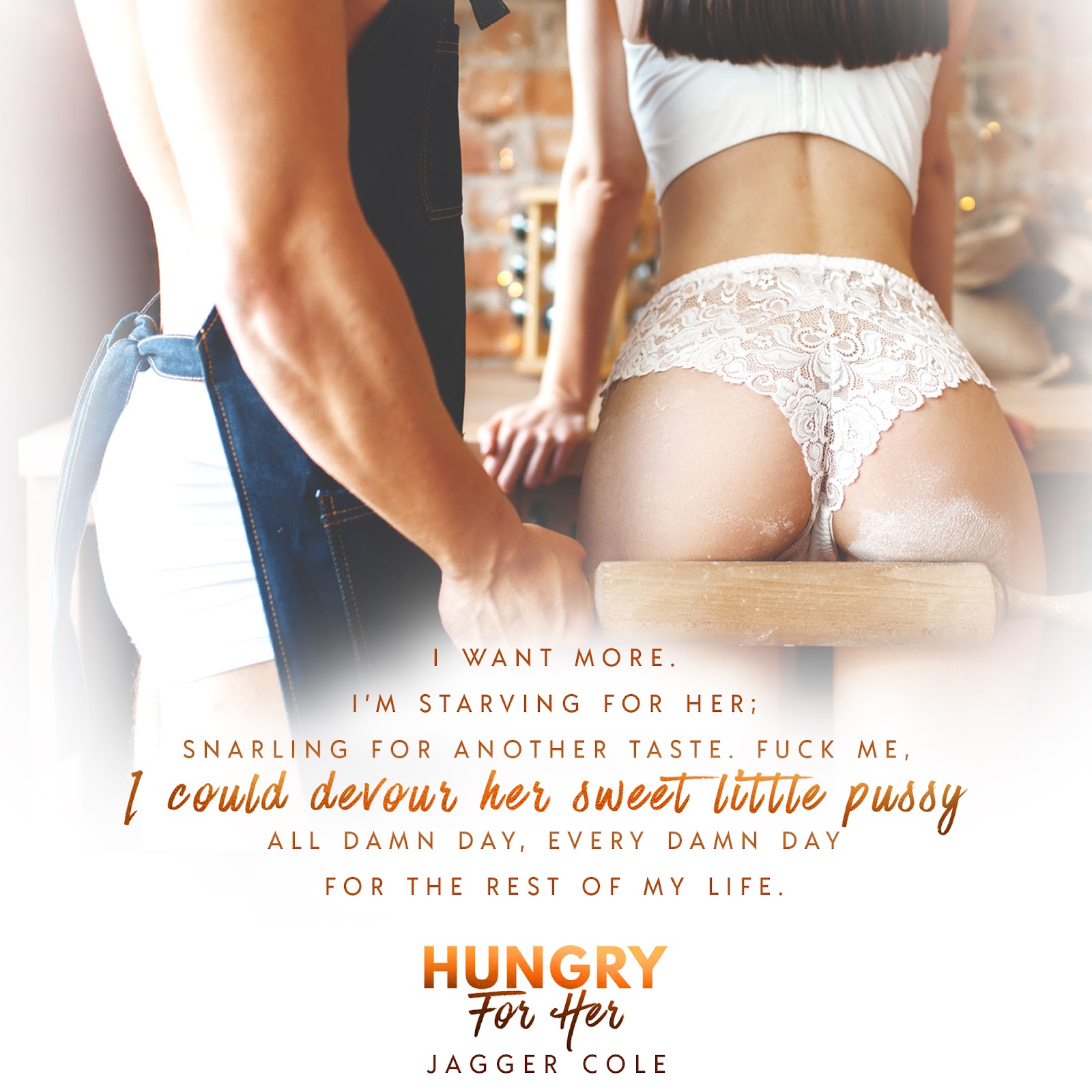 Review:
Oh I love Jagger Cole's book I try to read each and every one of them. They really are that good and will get you hooked in a heartbeat. Caulter or Edward known in his new role is hiding out in protective custody for going against the mob. He was over what they were doing and put a stop to it. However because of an i not dotted he will still be in danger. He runs a bakery and loves to cook it's relaxing, but when a woman walks into his shop he can't help but stare a little longer. Sophie is there for a pie that is not made a bakery. However she get's a look at Edward and can't help her heart beating faster. When he saves her their lives are about to take a turn. But can he run from his past, save her, be himself, and not die? Find out in this hot and steamy romance.