The Devil's Vow by International Bestselling Author Bella J is LIVE on Kindle Unlimited!
One-Click - http://mybook.to/TheDevilsVow
Add it to your TBR - http://bit.ly/TheDevilsVowTBR 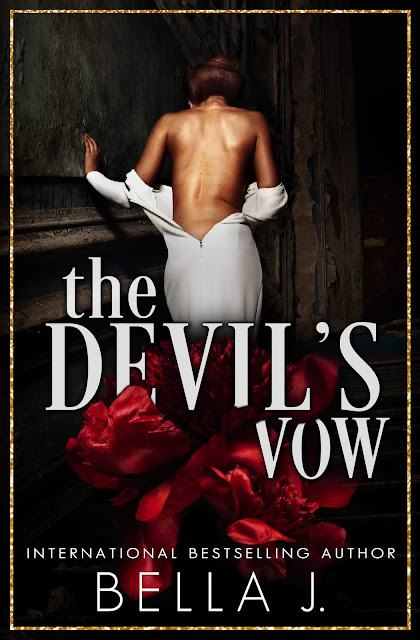 I was never a beloved daughter. Only a prized possession to be kept in a gilded cage until my father was ready to trade.

It was my duty, carved in stone and written in my blood that one day my virtue would be exchanged for an alliance. And now, that day has come.

Gian Silvestro, heir to the Silvestro empire, will accept me as his wife and seal my fate with a kiss that holds a thousand promises. But to him, our vows only mean one thing…

I am bound to him…and shackled to his hate.

What reviewers are saying:

⭐⭐⭐⭐⭐ “Bella J. has managed to rip my heart out and leave it semi beating on the cold hard floor! Yet again Bella has produced a masterpiece in writing!” - World of books 65

⭐⭐⭐⭐⭐ “Once one starts diving into this story, the notion of time becomes irrelevant and unimportant. So much so that everything, but one's all-consuming need to devour this book, becomes inconsequential." ~ Ana Elena 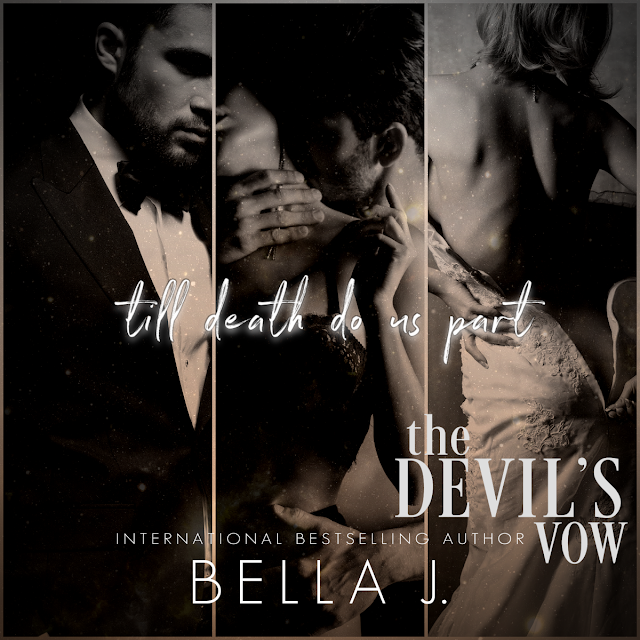 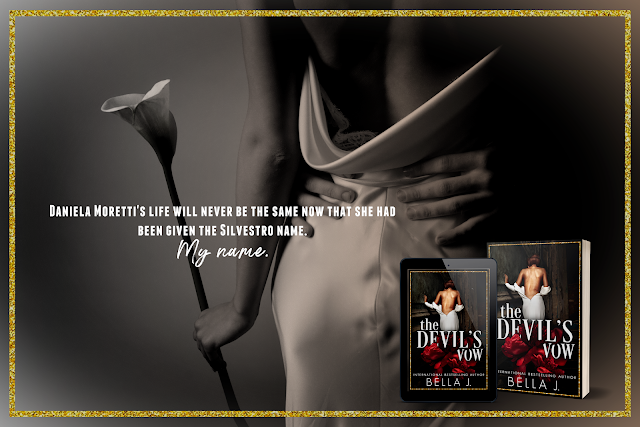 Review:
I have no words this book was unlike one I have read in a while and it left me with a book hangover for sure. She is now vowed to Gian Silvestro and he's the top head honcho of the Silvestro Familia. And he hates and loathes her father and doesn't want this union. Now these two will have to deal with the aftermath and having to marry. Gian doesn't know what to do with her, he wants her, but he knows he can't. When things turn bad can he save her? This story will have your heart racing and hurting at the same time. This book does end in a cliffhanger just FYI.
ABOUT AUTHOR BELLA J
Bella J is an International Bestselling Author, who loves writing dark and gritty romance with alpha-holes who have absolutely no redeeming qualities...until they do. Maybe.
Some of her bestselling novels/series include:
The Rise of Saint
The Fall of Sin
American Street Kings Series
Royal Mafia Series
She lives in Cape Town, South Africa with her husband, two kids, and a chihuahua who gets treated like royalty.
Bella J's writing motto: The darker the road to love, the sweeter the HEA.
WEBSITE: https://www.authorbellaj.com
FACEBOOK: https://www.facebook.com/BellaJNovels/
INSTAGRAM: https://www.instagram.com/bellajauthor/
TWITTER: https://twitter.com/BellaJ_Author