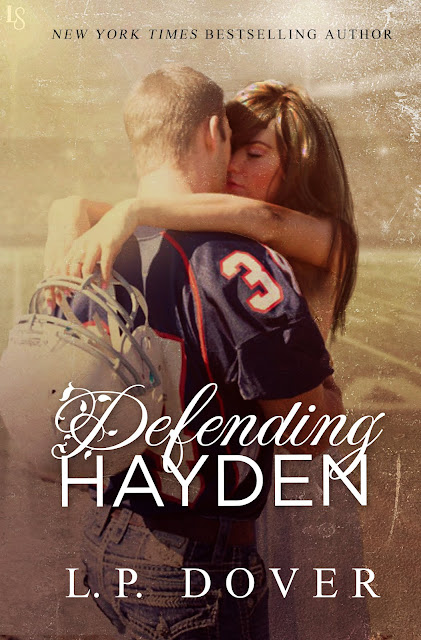 No one’s tougher than Carolina Cougars linebacker Derek McLaughlin. But when a fatal car accident claims the life of his girlfriend, Derek finds himself caught in a destructive spiral of drugs, alcohol, and meaningless sex. But not even a string of one-night stands can ease the hurt. Football is all he has left. Then fate leads him back to the scene of the crash, and into the arms of a kind, gorgeous woman who sees past his façade to the man he once was . . . and can be again.
When a chance roadside encounter brings Derek into her life, veterinarian Hayden Hunter isn’t fooled by his bad attitude: All bark and no bite, he’s hiding a wounded heart beneath that gruff demeanor. And Hayden wants to be the one to kiss it all better. Soon they both find that a dose of passion is potent medicine. But when a hidden enemy lashes out at Hayden, Derek steps up to do what he does best: put his body on the line in the name of love. 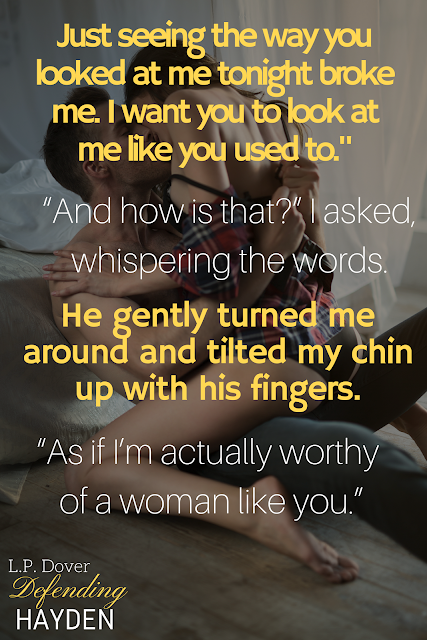 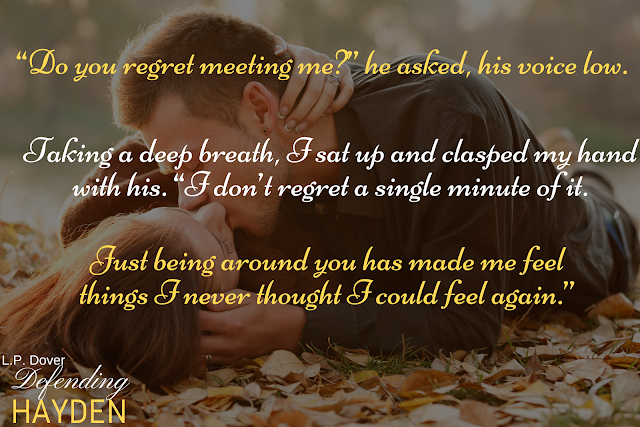 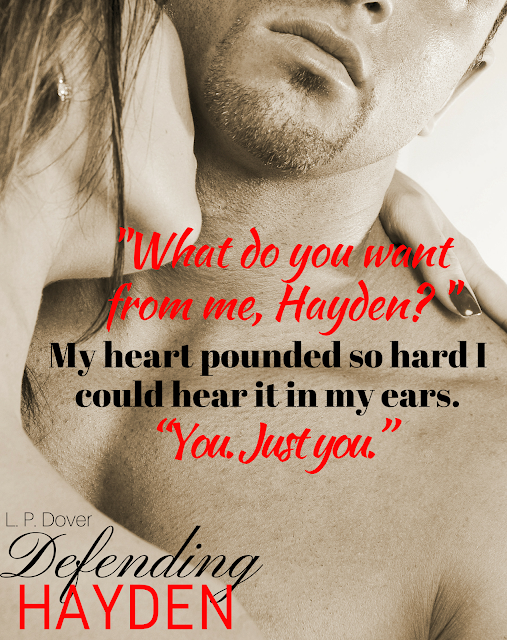 This book was emotional and amazing with the heart in your throat words. Derek has been through so much we were with him the moment he lost the love of his life. And as the words flowed I felt that loss as well and it was profound. He doesn't want anyone to interfere but misses his life in football. When he goes down the road that changed his life forever the last thing he expected was not only Hayden but the animal that she was protecting. His instincts to fly were strong, but something there told him he needed to help her. When Hayden looks up to see a man she is shocked by him, but more than that she needs help and begs for it. As these two maneuver and Hayden shows Derek what it means to live again their love is explosive. However their our outside people who are pissed off and will do anything to tear them apart. Problem is it's working. Can Derek save Hayden before it's to late and loss someone else he loves? Can Hayden bring Derek back from the darkness?

“Sexy and emotional with characters you will root for, Defending Hayden is a great addition to the Second Chances series!”—Elisabeth Barrett, author of the Return to Briarwood series

“Defending Hayden is a smart and heartwarming story that is impossible to put down. Throw in a sexy football player and some lovable animals and you’re all set.”—Stina Lindenblatt, author of This One Moment

Guilt plagued me and I felt sick. Getting out of bed, I paced the room, running my hands angrily through my hair. I didn’t want to hurt Hayden. Keeping her away would protect her from my life. She was bound to leave me anyway. I’d fuck up somehow and it would ruin her. What the hell was I talking about? I’d already fucked her up.
“Derek?” Her voice was like honey, silky and sweet. I’d imagined what it would be like to hear that voice screaming my name as I fucked her over and over. Last night had been the best night of my life, but it had scared the shit out of me. I couldn’t shake it. “Derek, are you okay?” she asked. Stopping midstep, I turned to face her, and her eyes widenened when she got a glimpse of my face. I could only imagine what she saw. So many emotions battled inside me. She held the blanket to her chest, and her lips trembled. “Please tell me this wasn’t just a game to you,” she whispered.
Swallowing hard, I sat down on the edge of the bed and reached for her. She recoiled from my touch. “None of this was a game, Hayden. Last night was fucking amazing.”
Her eyes glistened, but her jaw was firm. “Then why are you looking at me like that? Like you regret what we did.”
I wanted to touch her, but last night had been my only chance. She’d never let me close to her again. “I don’t regret it, but eventually you will. You’re not the only one who’s lost someone they cared about. I can’t go through it again. It’s best to stop this before it goes any further.”
“Any further?” she scoffed. She waved her arm around the room, her anger so thick I could cut it with a knife. “If you didn’t want it to go any further, then why did you bring me here? Why would you do that to me?”
“Because I care about you,” I said, knowing it made no sense to her.
“Then why are you pushing me away?” she cried.
Standing, I got up and walked over to the window. “You wouldn’t understand.”

New York Times and USA Today bestselling author L. P. Dover is a southern belle living in North Carolina with her husband and two beautiful girls. Before she began her literary journey she worked in periodontics, enjoying the wonderment of dental surgeries.
She loves to write, but she also loves to play tennis, go on mountain hikes and white water rafting, and has a passion for singing. Her two youngest fans expect a concert each and every night before bedtime, usually Christmas carols.
Dover has written countless novels, including her Forever Fae series, the Second Chances series, the Gloves Off series, the Armed & Dangerous series, the Royal Shifters series, the Society X series, and her standalone novel Love, Lies, and Deception. Her favorite genre to read and write is romantic suspense, but if she got to choose a setting in which to live, it would be with her faeries in the Land of the Fae.
L.P. Dover is represented by Marisa Corvisiero of Corvisiero Literary Agency and Italia Gandolfo of Gandolfo Helin & Fountain Literary Management for dramatic rights.