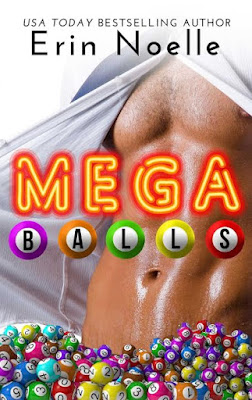 Erin Noelle is bringing us a Sexy, Fun, Contemporary Romance!Get ready for Finley and Teague – and find out if she slaps him or rings his MEGABALLS!

I’ve got 99 problems but money ain’t one. Though a sister with cotton candy for brains, a spatula-wielding six-year-old niece with a British accent, and the mysterious businessman who left me that damn ticket are all currently vying for the top spot.
When I became the sole winner of a $270 million Megaball jackpot, thanks to a sexy stranger who left a lottery ticket instead of paying for his meal, my entire world flipped upside-down.
Now, with money-sucking vultures, douchebags by the dozens, and a horde of total hotties just waiting to get their mangy paws on my newfound fortune, I set out to locate the man who gifted me the winning ticket–to properly thank him.
However, when I finally find the cocky, self-absorbed business tycoon, Teague Goodman, I’m not sure whether I want to slap him… or ring his MEGABALLS. 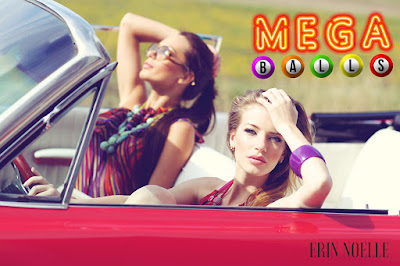 He has a girlfriend? With my name? Please tell me I’m still asleep and this is just one of those strange, ridiculous dreams that makes no sense whatsoever. Though, I do hope that kiss in the kitchen was real… unless, of course, he does in fact have a girlfriend, and then I just want to punch him in the nutsack for being a cheating asshole.
“Oh, shit,” Teague hisses, as he runs into the back of me, seeing as how I’ve stopped dead in my tracks just before turning the corner to the front foyer. “What in the—”
“Teague!” Fiona yells, cutting him off. “Some twat named Finley who claims to be your girlfriend is here, and she doesn’t look anything like my bloody auntie!”
He grabs my arms and spins me around, panic painting his expression as he stares deeply into my eyes. “This isn’t what it looks like. I swear to you. I’ll tell you everything. Just let me get rid of her. Stay right here.” 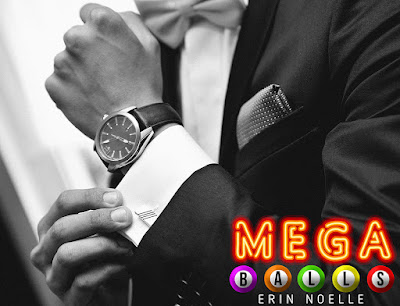 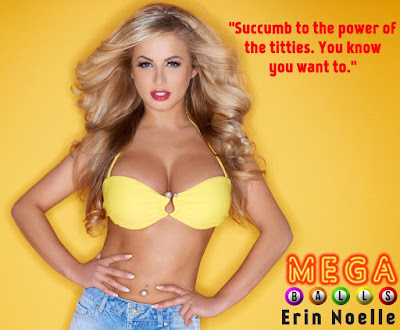 Okay so when I first signed up for MEGABALLS my thought was it's like that movie you know the one with the cop and waitress even though that was nothing like what it said it would be. So I start to read it and I'm like okay this is different and then you read FIRE FIRE FIRE. And I'm thinking oh no that's terrible, except for the fact that you can't help but laugh. Let me explain that for a second so you don't think I"m cold hearted and mean. Finley's niece Fiona she is this adorable 6 year old little girl I seriously wanted to rip out of the pages of this book and keep her for myself. And when you read the blurb about her having a British accent you seriously start reading with a an accent. It's catches you off guard. But let me get back to the story of Finley who is trying to keep her bat-sh@@ crazy sister and niece with a roof over their head and their bills paid by being a waitress and a student. When she is late for work and the mishaps just keep unfolding. Meeting the handsome stranger who knows how to flirt better than the guys she's ever met she thinks why not?? Until she turns around and he's gone. Teague Goodman just the name alone with make your panties melt and so will he himself. He has a heart of gold that makes you wish there were more of him out there. And he walks away from a women he can't stop thinking about. But he has responsibilities to attend to and stress with drama that doesn't involve a little girl in another town. But fate has a way of sucker-punching you when you least expect it. Down and out with bad luck they both are trying to fin their way in life and picking up the pieces for the future. But what happens when they finally come face-to-face again with the knowledge that he left her with the greatest gift? And how does little Fiona and her mama fit in to the chaos that will for sure ensue? Find out in this fun story about the true meaning of blueballs. I mean MEGABALLS!!!!! 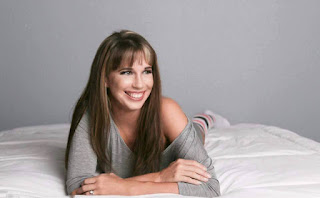 Erin Noelle is a Texas native, where she lives with her husband, two daughters, and three fur babies. When she’s not reading or writing romance novels, she enjoys winning at cards and board games, awkward people-watching in public places, and doing cartwheels at the most random times. She’s usually barefoot, is never without a song in her head, and currently holds the title of World’s Best Procrastinator.
Her titles published include the Book Boyfriend Series, Dusk ‘Til Dawn Series, Luminous Duet, Fire on the Mountain series, and numerous standalone books that range from New Adult to Contemporary romance.  Her books have been a part of the USA Today Bestselling list as well as the Amazon and Barnes & Noble overall Top 100. You can follow her on Facebook @ www.facebook.com/erin.noelle.98,  on her website @www.erinnoellebooks.com, on Twitter @authorenoelle, and on Instagram @erinnoelleauthor.
Facebook | Twitter | Goodreads | Amazon | Newsletter

Enter for a chance to win a $25 Amazon Gift Card and a signed Megaballs Paperback!