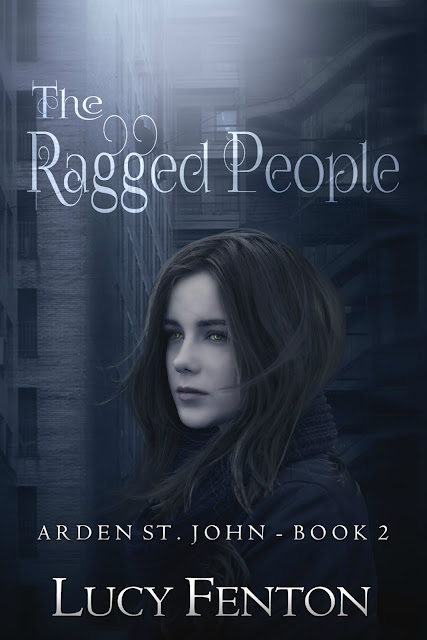 Arden St John – teenager, witch and embodiment of chaos - is back.

The new school year starts with her surrounded by friends and her boyfriend, Nick, all of them happy and out from under the shadow of Georgia, who now lurks on the edges, friendless and powerless.

But there is something in the shadows. It is looking for Arden and it’s not the only one.

There are many who want to use Arden, some of them more dangerous than the vampires who want her life.

Even those protecting her want something from her, more than she is willing to give.

Still determined to stop the vampires’ trade, Arden had to choose between staying safe or embracing her terrifying power. When she finally unleashes the power within her, the consequences are more than she could imagine.

As more secrets are revealed, a price must be paid for the truth. Powerful but vulnerable, Arden must suffer through betrayal, love and acceptance as her story continues. 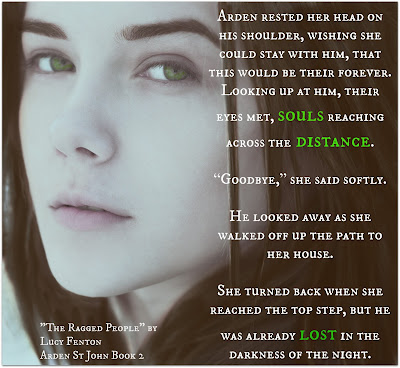 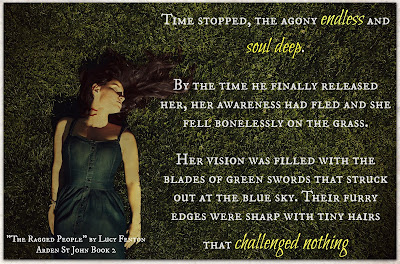 
“I need you to help me.” It could have sounded like a request but it came out as a demand.

“I don’t have to do anything.” Arden shut her locker with a bang and turning, started to walk in a wide circle around Georgia who was standing in her way.

Georgia matched her, stepping directly into her path. “You took away my power and now my father is going to sell me to an old man. You owe it to me. Stop him or give me back my power,” she hissed, her voice low to prevent them being overheard.

Arden averted her eyes to the ceiling, fighting the urge to throw the book in her hand at Georgia’s head. “First of all, it wasn’t yours. You stole if from the last person who tried to help you. Second of all, I don’t have your power so I couldn’t give it back even if I wanted to.” Arden retorted, part of her wondering why she was even engaging.

Arden could feel a headache coming on. “Yes, she was. She would have run away with you and protected you.”

“Actually, I do know that. When she took over my body, I saw everything, including you pushing her off the cliff. I know you made a deal with the water sprites to kill her in exchange for her power.”

Georgia blanched but held her nerve.

“You can’t prove anything.”

Arden ground her teeth. “I don’t need to prove anything. I also don’t need to help you. Frankly you’re getting what you deserve.” Arden started walking faster, but Georgia kept pace with her.

“So you only want to help the kids sold to vampires, but not anyone else?” Georgia hissed.

Arden slowed and faced her former tormentor. “Look, I’m not in favour of anyone being sold for any reason, but you tried to kill me several times. You also enslaved Nick and everyone else at school. Why on Earth would I do anything to help you? You’re a horrible person.”

“How do you figure that?” Arden was so astonished at Georgia’s complete lack of remorse that she stopped dead.

“You don’t understand what it was like to grow up, always being compared to Elizabeth,” she spat.

Arden pointed her finger at Georgia. “You grew up in a comfortable house, you were fed and clothed. No one abused you. What exactly are you complaining about?”

“No one ever loved me.” Georgia crossed her arms and glared at Arden.

“Except Elizabeth, who you murdered.” Arden rolled her eyes and moved to go around her. The girl is completely deranged, she thought. And psychotic. Never forget, psychotic.

“If you let me be sold, then you’re the same as me.” Georgia’s face twisted into a snarl, making Arden glad Georgia had no power behind it.

“I could never be as bad as you, and I’m supposed to be the product of several generations of evil,” Arden muttered over her shoulder as she entered the lab.

“I hope you rot in hell!” Georgia shouted from the doorway.

“See you there then,” Arden replied dryly.

Lying on Sophie’s bed, Arden tossed a blue stress ball into the air before catching it again.

“Sophie, should I help Georgia?” Arden asked, holding onto the ball and looking over at her friend who sat trawling through her numerous social media pages.

“Help Georgia!” Sophie exclaimed, turning around to stare at Arden. “What?”

Arden filled her in on the details of her run in with Georgia, wondering why these things stuck with her. I wish I could just forget about it, instead replaying it over and over, making me constantly second guess myself. She thought she was right to say no, but if she was, why did it continue to weigh on her?

Sophie threw her hands up in the air. “I have no idea. She’s a psychopath but aren’t we against selling people?”

“In general, yes. But if she went away then we wouldn’t have to deal with her anymore,” Arden said, looking hopeful.

“Someone else would have to though.”

“Maybe they’ll be better at managing her. She might improve,” Arden argued.

Sophie’s eyebrows rose, crinkling her forehead. “Or she could get worse. She killed her twin sister and no one’s even tried to take her to task on it. I think she needs some serious therapy but there’s no way to make her get help.”

“What if I offered to help in exchange for her getting treatment?” Arden frowned, thinking hard.

“How would you enforce it?”

“I don’t know.” Arden shrugged. “I wish I had a therapist I could talk to about it but mine is dead. I probably killed her, though she was a vampire and I was a mindless killer at the time, so I don’t know for sure.” She tilted her head, reflecting on what she had just said. “Hmm... that doesn’t sound so good. Maybe I should get a therapist as well?”

“Yeah, of course it doesn’t sound good when I say it like that. Killing vampires doesn’t count though.”

“Am I a bad person if I kind of want her to be sold as a slave to an old guy?”

“Of course not. A bad person would never even ask that question. Wanting vengeance is natural.”

“But we’re against selling people, right?”

“Even psychotic ones who deserve it?” Arden asked.

“I think it’s one of those blanket rule deals.”

“So if there aren’t any exceptions that means I’m going to have to help her.” Arden’s mouth twisted in disgust. The thought of helping Georgia left a bad taste in her mouth.

“Ugh,” Sophie agreed. “There’s something so wrong with that.”

“Aren’t I supposed to be evil? Evil people don’t save people, especially ones they don’t like.” Arden threw the ball up in the air and caught it again.

“Well if it ever comes down to a decision for you, you know, on whether to turn evil like your real mother or not, you can put that in the “pro” column.” 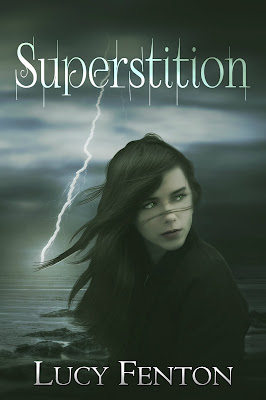 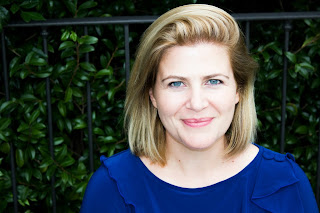 Lucy Fenton lives in Sydney, Australia with her husband and two children. In addition to writing novels, she works as a freelance copywriter and pens occasional articles for various online magazines.

Not being one of those people who had a burning desire to be anything in particular, Lucy worked her way alphabetically backwards through the available degrees at Sydney University. Surprisingly, given the amount of fun she had at school, she finally managed to graduate with a completely unemployable degree in Philosophy. A Law degree soon followed, however, simply to make it possible for some organization to hire her.

After ten soul-destroying years wandering aimlessly in the corporate wilderness, she threw it all in and reassessed. Deciding to bring the "one day I will write a book" idea to the present, she started and hasn't stopped. As a huge fan of the books in general, she writes the kinds of books that she enjoys to read.

In her spare time, Lucy Fenton...actually she has no spare time. She sleeps or reads copious amounts of novels instead of sleeping. 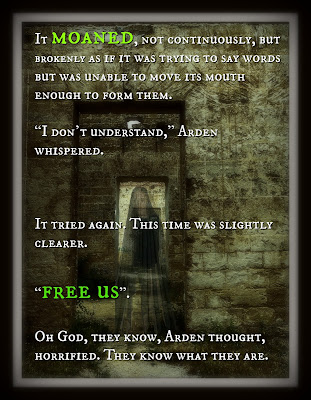