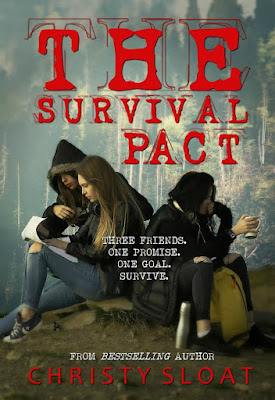 Blurb:
Three friends. One promise. One goal. Survive.
Kami thought she'd seen it all as a small time reporter for a New York Paper, but after hearing reports of the dead crawling from graves and attacking humans, she realized the world she once knew would never be the same again. Forced to flee the city, she heads south where her two best friends, Emma and Lou, reside in search of answers.
As a drunken joke ten years earlier, the three friends made a vow that if the world went to hell they’d survive it together, no matter what. With the pact now a reality, they are forced to face a never ending tidal wave of the dead, tornadoes, earthquakes, and massive storms with hundreds of miles to go. Along with their new dog, Snack, the girls get closer to their destination but no closer to the answers as to why their world is filled with such evil. Will their plan of survival keep them alive or will they drown in the sea of the dead? 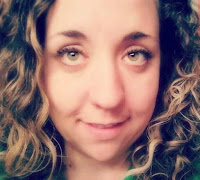 Christy Sloat resides in New Jersey with her husband, two daughters and her Chihuahua, Sophie. Christy has embraced the love of reading and writing since her youth and was inspired by her grandmother's loving support. She loves adventurous journeys with her friends and can be known to get lost inside a bookstore. She is the Best Selling author of ten novels including, The Visitors Series, The Past Lives Series and Slumber.
Author Links: Website www.christysloat.com Blog http://christysloat.blogspot.com/
Facebook: www.facebook.com/christysloatauthor
Twitter: https://twitter.com/christysloat
Instagram: www.instagram.com/authorchristysloat_writes
Amazon: http://amzn.to/2bs3hVI
Goodreads: https://www.goodreads.com/author/show/5445209.Christy_Sloat
Buy Links:
Amazon: http://amzn.to/2kCRLbn