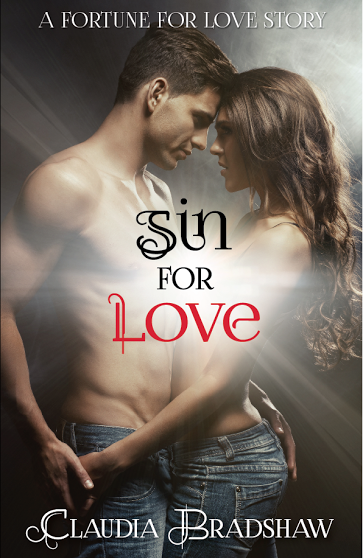 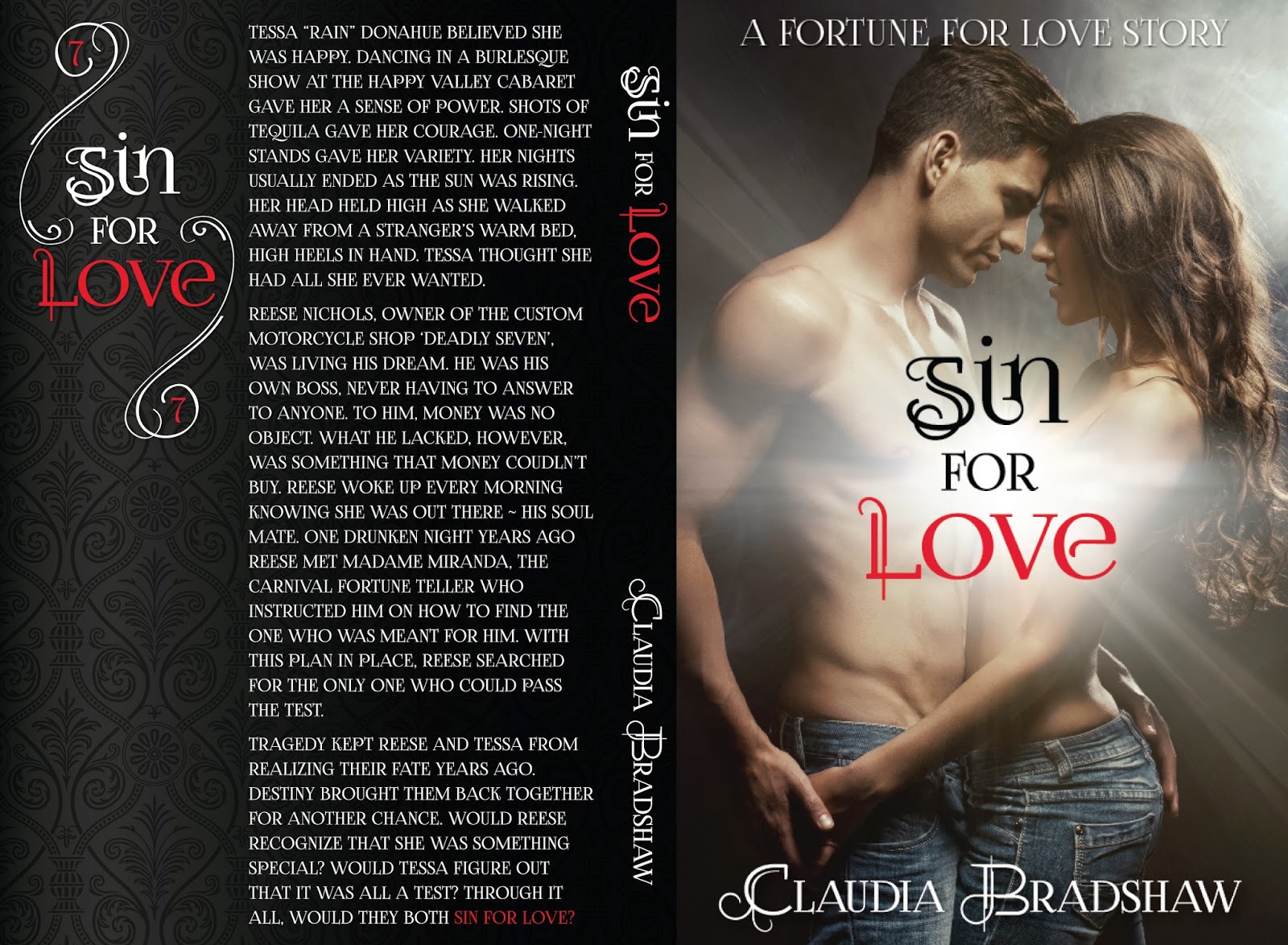 Tessa “Rain” Donahue believed she was happy. Dancing in a burlesque show at the ‘Happy Valley Cabaret’ gave her a sense of power. Shots of tequila gave her courage. One-night-stands gave her variety. Her nights usually ended as the sun was rising. Her head held high as she walked away from a stranger’s warm bed, high heels in hand. Tessa thought she had all she ever wanted.

Reese Nichols, owner of the custom motorcycle shop ‘Deadly Seven’, was living his dream. He was his own boss, never having to answer to anyone. To him, money was no object. What he lacked, however, was something that money couldn't buy. Reese woke up every morning knowing she was out there—his soul mate. One drunken night years ago Reese met Madame Miranda, the carnival fortune teller who instructed him on how to find the one who was meant for him. With his plan in place, Reese searched for the only one who could pass the test.

Tragedy kept Reese and Tessa from realizing their fate years ago. Destiny brought them back together for another chance. Would Reese recognize that she was something special? Would Tessa figure out that it was all a test? Through it all, would they both sin for love?

I heard the drums start to boom and I knew it was time for Ginger to start her solo. She was one of my favorites to watch, and I had learned so much from her since I’d started dancing. She had a Jane of the Jungle theme this month, complete with animal noises, a huge python, and a vine to swing from. It was really going well. I turned around to watch her, but what I found instead was someone watching me.
He was leaning up against the railing that overlooked the floor full of tables. While everyone else was staring at the stage he was staring at me. I let my eyes roam over him as he stood about fifteen feet away from me. He was wearing a black leather motorcycle jacket over a simple gray t-shirt, black jeans, and black boots. He must have been just over six feet tall and his shirt and jacket weren't doing much to disguise what had to be an amazing body.
How is this shit even legal? I thought to myself. Shouldn't he have to carry a badge or at least come with a warning that looking at him would lead to a bunch of conditions—increased heart rate, shallow breathing, panting like a dog, and instantly wet panties?
The drums for Ginger's dance were pounding in my ears, and I swear they were speeding up to match my quickly increasing heart rate. When my gaze came back up to his face, I felt a sucker-punch to the chest that knocked the breath out of me. His eyes locked on to mine and it was like he was laying me open in front of him, like I couldn't hide any part of myself from him. I had never felt so naked in my entire life even though I took off all of my clothes in front of a crowd four nights a week.
"Fuck me," I sighed under my breath. 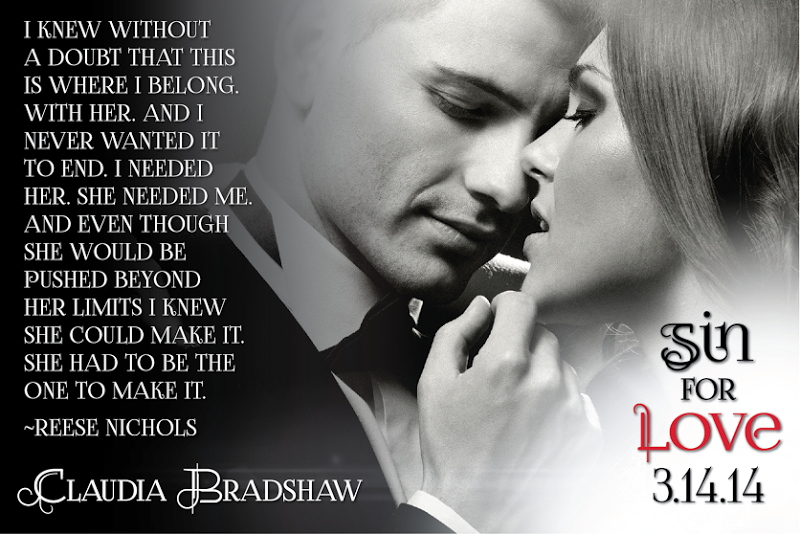 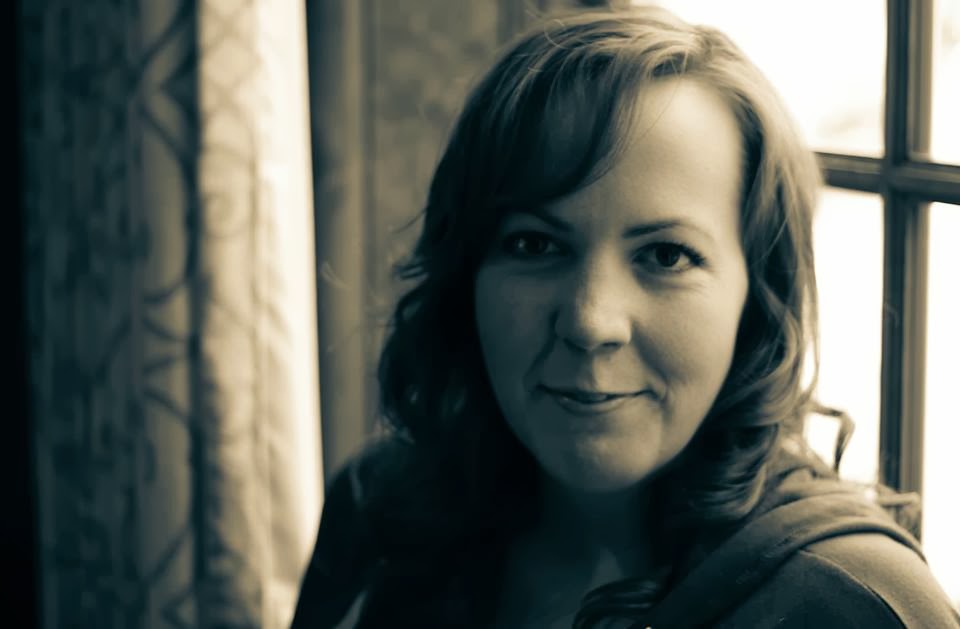 Claudia currently resides next to the mountains but dreams of the beach. She is married to her hottie husband, her lost then found again high school love. She has a teenage daughter who gives her stomach aches from laughing so hard together.
Claudia has an almost super human ability to obsess over whatever strikes her fancy. She spends her time between adding to her ever growing tattoo collection, writing, and perfecting the Tequila-O with her always present 7 bottles of Jose.

Giveaway: (US ONLY) – 3 Swag Packs to include: Signed Paperback, Shot Glass and other goodies 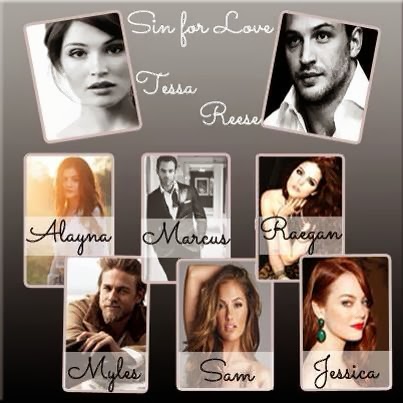 Tessa is like no other women she's strong willed and knows what she wants but when Reese is in her sights she does and does not want him. She knows she can sleep with him and be done but something pulls the both of them together and they have no idea why except that the chemistry is so strong. Reese tests Tessa until her hope is shattered and in order for Reese to regain his mistakes he must come clean and they both must learn to trust. However fate throws them curve balls that neither of them saw coming and because of that their tie to one another is stronger than either of them thought possible. Follow Reese and Tessa's love story. 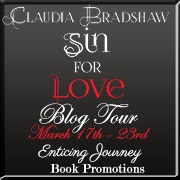