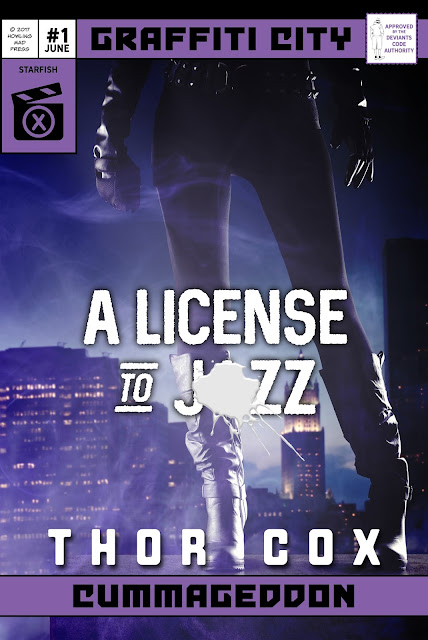 Graffiti City: CummageddonIssue 1A LICENSE TO JIZZ
Suzy Suxxx takes both of her jobs very seriously. As one of the hottest porn stars in Graffiti City, she keeps the adult citizens happy with her gravity-defying moves on the set. As a secret Sexual Liberation Underground Taskforce (S.L.U.T.) agent, codenamed Starfish, she keeps innocents safe.
The supervillain business has been booming lately. With a recent spike in activity from the evil Legion of Absolute Domination (L.O.A.D.), Suzy is up to her eyeballs in boy-joy juice to keep her unique superpower flowing. Quite frankly, it's exhausting.
After being on call 24/7 for weeks, all she wants is a damn night off.
But things are looking up when a religious hunk of a villain appears at the scene of a crime she's investigating. Not only does Celibator's puritanical innocence threaten to bring Suzy to her knees, but he could also help her hook the biggest bottom-dweller in the L.O.A.D. pond: the Jacker. Rumor has it, the Jacker has his sights on purloining Abraham's Testicles.
As in, THE Abraham. From the Bible.
If L.O.A.D. gets their greasy hands on this powerful magical artifact, it could mark the beginning of an unholy war against humanity, fought with sexual weapons of mass destruction.
A superhero's work is never done, and there are no nights off.
Griffin City is screwed, motherfuckers. Long live Graffiti City. 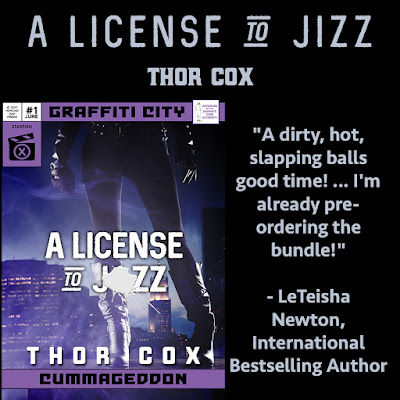 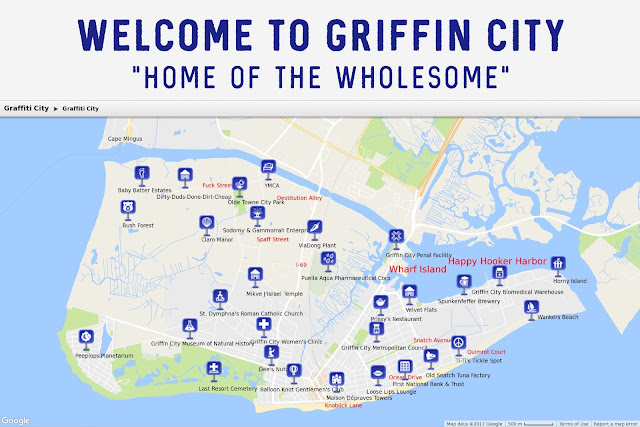 Be on the lookout for the next books in the series 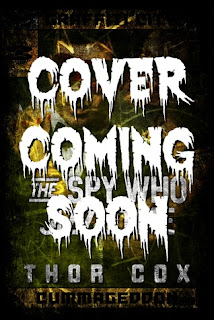 The Spy Who Jizzed Me 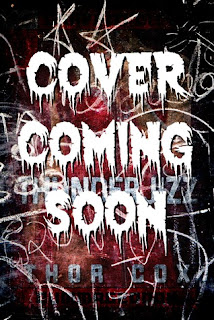 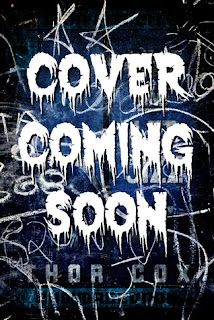 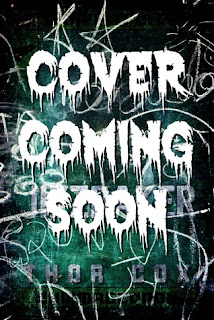 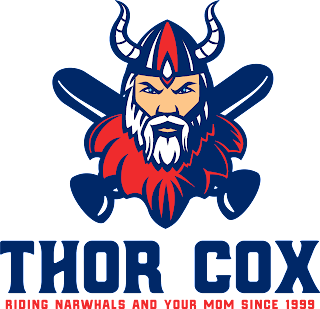 The man. The author. The god. 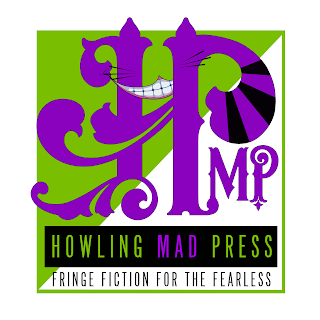