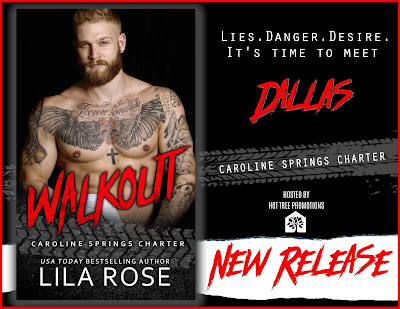 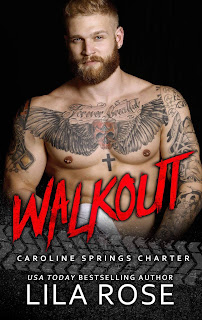 From her one visit to Melbourne and the Hawks MC compound, Melissa Evans knows Dallas is who she wants. There’re just a few problems with that: he’s a douche, a pain in the arse, and a stubborn, sexist pig. Still, it’s a whole heap of fun to tease her Viking man.

Relationship. Dallas Gan hates the word. As far as he’s concerned, women are nothing but a good time between the sheets. It’s only when the sassy Melissa shows up that he realises some women give as good as they get. Now she’s under his skin and he can’t seem to get her out.

Even with the warning from Dallas that once he claims her, he will come for her wherever she is, Melissa leaves. It’s now just a matter of time before he makes good on his promise.

Wading through lies and danger, Dallas has a decision to make. Is it easier to walkout on love and never look back, or will he give that dreaded word “relationship” a chance? 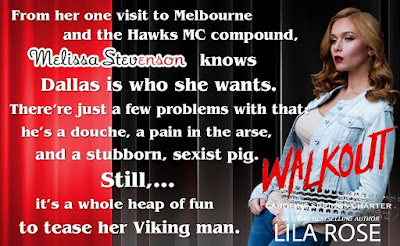 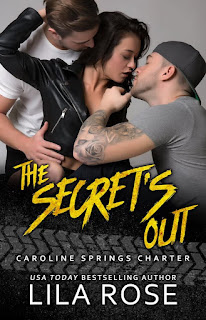 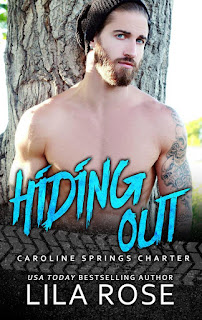 Down and Out
Caroline Springs, #3 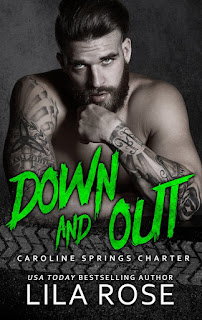 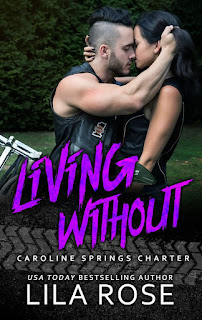 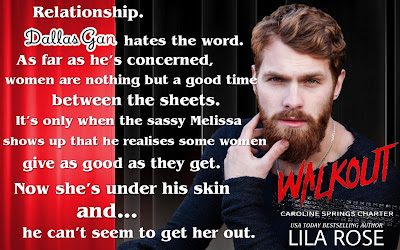 Website ~ Facebook ~ Twitter ~ Amazon ~ Goodreads
I was born in Brisbane Australia, my step-dad was in the army which caused us to move around a lot. We finally settled in country Victoria, Australia. I am the youngest of four children and I can say that I was spoilt a bit. I drove my mum crazy when I refused to eat meat at a young age.

Now I live with my husband and two children, and I find myself regretting all the troubles I put my parents through because my monsters are just as picky as I was.

I started writing in 2013 and self-published the first of the Hawks MC Club series Holding Out. The next to follow was something different, I wrote Senseless Attraction, a YA novel. Soon, I was back to the Hawks series with number two Climbing Out. I have more to write in the series, but there will be also be more novels in the humorous erotica genre, like Left to Chance.