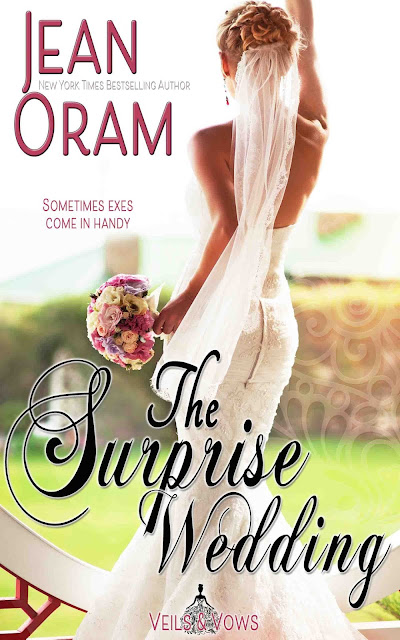 Blurb:
Sometimes exes come in handy. Devon Mattson’s week couldn’t get much worse. Not only is he fake engaged to the sexy woman who broke his heart (then stomped on it for good measure) a decade ago, but his goal of saving his hometown of Blueberry Springs has become dependent on the two of them playing nicely. Olivia Carrington isn’t happy to have her ex back in her life. She’s spent ten long years regretting how they ended things back in college and she’s worked hard to move on. She should be focusing on saving her family’s company, not on the handsome, helpful, fun-loving Devon who has just offered her a lifeline she can’t resist… Tied together by mutual need, will they ruin each other’s chance of success or will a fake engagement help them overcome their painful past and lead them back to love once again? This is the first book in the Veils and Vows series and it can be read out of series order and as a standalone. The couple, Olivia and Devon, also have a prequel novella, The Promise, which can be read before or after this book for readers who want more about Olivia and Devon’s past. 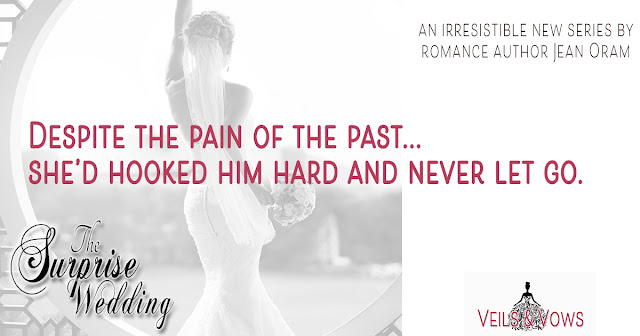 Snippet #1
Olivia gracefully swept away from the table, her cocktail gown clinging to the curves Devon remembered like a blind man recalls the steps leading up to his own home. He had a fleeting thought that she might still have the ability to break his heart and that coming to see her had indeed been a very, very bad idea. 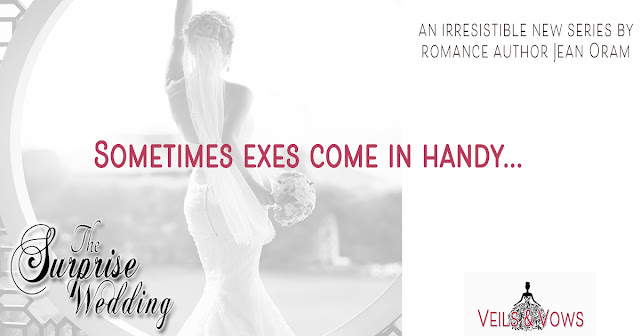 Snippet #2
Olivia's hands were petting Devon's chest, untucking his shirt, smoothing their way over his abs, cupping his face. Everywhere. Desperate. Cool and familiar. She panted and gasped, spurring him on, and there were too many sweet memories of her letting go as they worked their way to nirvana, too much still simmering between them despite everything that had separated them, hurt them. He could practically taste the lethal doses of desire and attraction, but there was also a hint of something else. Something bitter, and much more devastating on a soul level. He couldn’t afford to lose this game. Not a second time. He simply wasn’t strong enough. 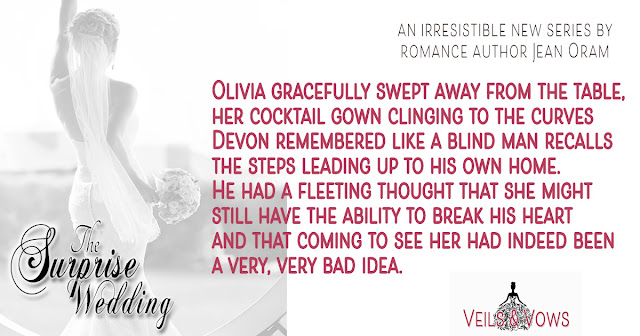 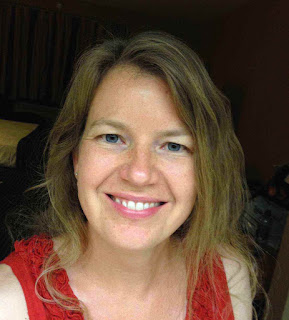 Bio: Jean Oram is a New York Times and USA Today bestselling romance author who loves making opposites attract in tear-jerking, laugh-out-loud romances set in small towns. She grew up in a town of 100 (cats and dogs not included) and owns one pair of high heels which she has worn approximately three times in the past twenty years. Her life contains an ongoing school theme having grown up in an old school house, then becoming a ski instructor in the Canadian Rockies, then going on to marry a teacher and become a high school librarian. She now runs a fundraising committee for her daughter's school. Jean lives in Canada with her husband and two kids. She can often be found outdoors hiking up mountains, playing Red Light, Green Light with kids on the soccer field, racing her dog on her bicycle--sometimes the dog lets her win--or inside writing her next novel. Subscribe to Jean's newsletter and get a taste of her small town comedies that will have you laughing while falling in love. Get your FREE ebook by signing up here: www.JeanOram.com/FREEBOOK. Social Media Links: Newsletter (includes the free prequel to The Surprise Wedding!): www.jeanoram.com/freebook Website: www.jeanoram.com Twitter: www.twitter.com/jeanoram Facebook page: https://www.facebook.com/jeanoramauthor Fan Group on Facebook: www.facebook.com/groups/jeanoramfans YouTube: https://www.youtube.com/user/AuthorJeanOram/