COURT OF FLAME AND ASHES Release 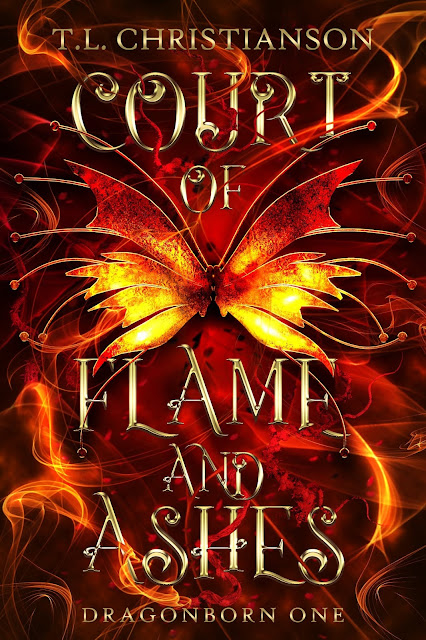 Royalty, abductions, fated mates, and dragons...
After his father's death, Prince Kastian is on the brink of losing everything. The only way to change his fate is to forge a bond with a stranger from another realm.
College student Lyra wakes up in another world and is told she's fated to be a queen. she can't just walk away from her loved ones and her plans to become a doctor... or can she?
When the two come together in the dragon realm, they will either destroy each other or form the most powerful magic known to Abraxas.

ADD TO GOODREADS
ADD TO BOOKBUB 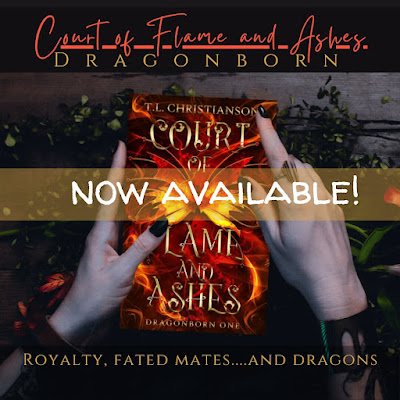 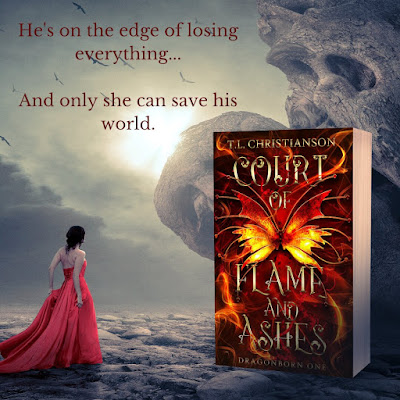 EXCERPT
Lyra’s POV
“Calm down,” I told myself, rambling, my voice getting higher with each word until I ended on a squeak, “I’m filthy … he just wants to get cleaned up. He’s helping me. He’s being nice… that’s it. This is nothing sexual.”
His gaze suddenly pierced my own as if he could understand what I’d said.
I chuckled at the thought as he carried me down the steps into the water.
A heady sensation overwhelmed me from his proximity. Kastian was exotic and different. He was so broad and tanned and muscular. Not to mention those eyes…
I needed to calm down, but my heaving chest only brought my boobs to his attention. His gaze lingered on the lace of my bra, and instead of covering myself with my arms, I stared back at him defiantly.
The water slowly licked up my feet and then my bum until it reached my armpits.
When I made a move to push away, Kastian held me tighter, reaching for a folded cloth from a stack nearby. After wetting it, he squeezed out the excess.
Bringing it to my face, he slid the textured fabric down my temple and over my cheek. Hesitating, he drew the damp towel across my mouth, his thumb skimming over my lips. Trying to force my lungs into even breaths, I closed my eyes against the sight of him licking his own lips.
Exhaustion ran through me, and I slumped my head against my shoulder.
His voice rambled softly, echoing in the room.
“Mmmm,” I responded, leaning back against the tiled edge, my fingers brushing against a fur rug that lay on the floor nearby.
The warrior continued to clean my body with a brick of green soap. His strong hands pulled one leg above the water, rubbing my foot in slow circles moving upward. When his touch reached my knee, I laughed and tugged the leg away. He then began more carefully on the other injured foot, smoothing soap over the gashes the dragon had made with her teeth before sliding up my leg.
Slowly, I began to relax, allowing him to scrub my back and arms. I reveled in the warmth of his touch and the feel of the calluses on his hands. Holding me as he washed my hair, his fingers massaged my scalp. Afterward, he combed his fingers through it as if using it as an excuse to keep touching me.
I watched him as he concentrated, his tongue poking through his teeth before flicking his gaze to meet my eye.
The way he looked at me was unlike anything I’d ever experienced. There was a gleam of joy that made his eyes crinkle at the edges and filled me up with happiness. If I could bottle up this moment and keep it forever, I would.
The logical part of my mind screamed that this was weird. I shouldn’t feel comfortable with him – I didn’t know him. But in some strange way, beyond the nervousness I felt around him, there was this connection that I couldn’t explain.
I trusted Kastian.
I was going to be okay. He’d help me. I just knew it. 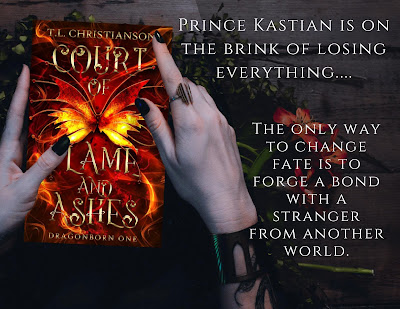 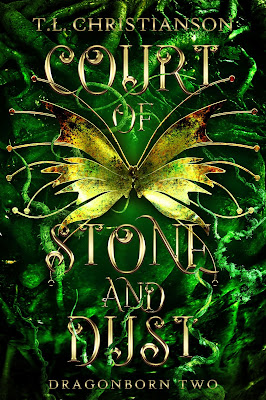 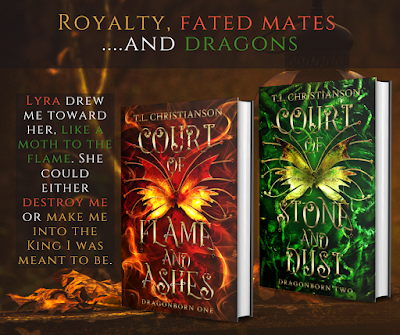 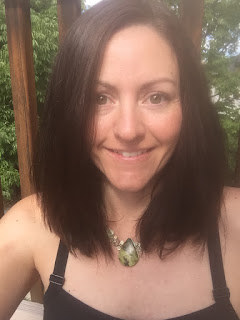 T.L. Christianson is the author of the international bestselling series, the Dragon Born Academy, so if you like dragons, mystery and a little romance then check it out!
When she's not in her writing hole, you'll find her outside, reading, or binging Netflix. She's a Colorado native, a wife, and mother to two crazy teenagers. Oh yeah, and she LOVES science. 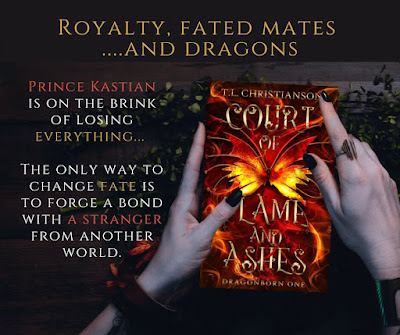