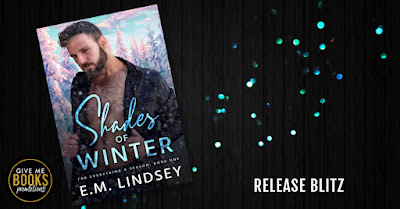 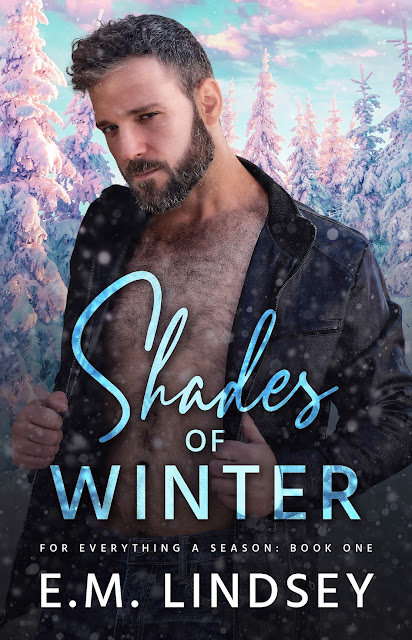 The first time Dante saw Liam, he was in the club.
All leather.
And mesh.
And willing.
The second time Dante saw Liam, he was a client.
All cold.
And quiet.
And in danger.
Dante is nothing if not professional when it comes to his job as a bodyguard, but being hired on to protect the young cellist he’d once met in a dingy bathroom wasn’t high on his list of things to do for the holidays. Especially knowing that Dante can no longer touch him.
And it doesn’t help that Liam starts pushing every single one of his buttons after they find themselves snowbound with Liam’s stalker hot on their tail. Dante needs to find a way to draw a line between them, because he’s not willing to give up his career to have Liam in his bed. But he also knows he can’t ignore the one thing he’s figured out:
Liam needs a firm hand, and Dante knows how to give that to him.
At some point, Dante will have to make a choice between duty and pleasure, but he’s starting to wonder if that risk might not be worth everything.
Shades of Winter is a low angst, stand-alone, MM winter holiday romance featuring an age-gap, a grumpy size queen bodyguard, a cellist who just wants to feel delicate, a dash of gentle humiliation, and a piping hot-toddy of a happily ever after. 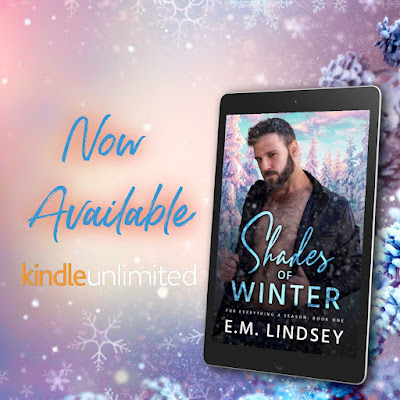 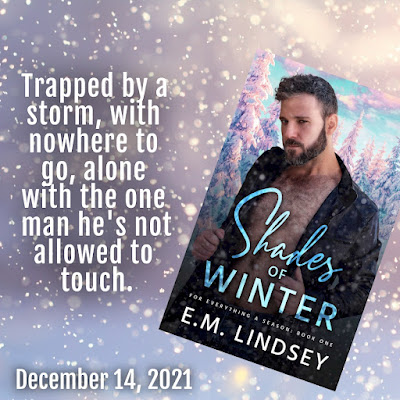 His breath hitched when the stranger finally turned, and he caught a glimpse of light brown hair, a sharp jaw, and lips that were slightly puffy from being bitten, shining with gloss. He was just as beautiful as Dante thought he would be.
And he was looking right at him.
Those pouting lips turned up into a smirk, and Dante began to cross the distance as the man’s body twisted and turned through the rhythm of the song like he was born to do it, like he was made of notes and scales. Dante could feel the man’s little entourage watching, but there wasn’t really tension there, which surprised him.
He was a big man—intimidating with his thick forearms and deep, furrowed brow. He had at least seven inches and a good hundred pounds on the little dancer, so either his guards didn’t care, or they were bad at their job.
Whatever the case, it was great for him.
His hands reached out, lowered to hip level, and the man shifted easily into his grasp. He was warm and still undulating, moving in and out of Dante’s space as Dante’s fingers gripped uselessly against the slick pants. Dante let out a little growl, and the guy laughed before going up onto his tiptoes, making Dante realize then the man was also barefoot.
“You’re going to get tetanus,” he growled into the guy’s ear.
There was a peal of laughter, then the press of a hard, thick cock against his thigh. “That’s what you have to say to me right now?”
Dante eased him back, then curled one arm around his waist and lifted him so he was an inch off the ground. He felt the man’s gasp, unable to hear it over the music, but that didn’t matter. He had him right where he wanted him.
He leaned in, nipping at his ear. “There’s a lot I could say to you right now. What’s your name?”
“Liam,” he breathed out.
Liam. It was fitting.
Liam was young, but Dante was pretty sure he wasn’t as young as he was first afraid of. He had a baby face that would haunt him well into his midlife crisis, but there were stress lines in the corners of his eyes, and commas at the edges of his mouth saying he frowned a lot.
Maybe his life was miserable.
Maybe he was searching for something the same way Dante was.
It was hard for him to care either way, though, especially with how warm Liam’s skin was as Dante rucked up the mesh shirt and laid his palm against Liam’s ribs. He was thin but hard and muscular, and Dante wanted to take him apart. He suddenly felt a rush of frustration because, for the first time in a long, long time, he didn’t want to do this in the club. 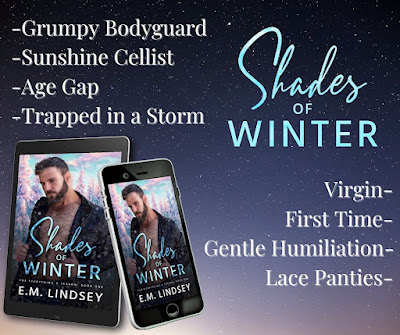 AUTHOR BIO
E.M. Lindsey is a non-binary writer who lives in the southeast United States, close to the water where their heart lies. 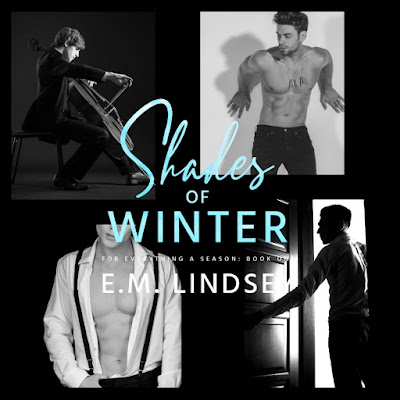