It was a modern take on an arranged marriage that was supposed to lead to my happily ever after. The rules were simple:
1. Marry a complete stranger chosen for you by professionals.
2. Live together as man and wife for eight weeks while cameras record your every move.
3. Make a decision to stay together or get a divorce.
Call me crazy, but I had complete faith in the process, until I saw who was waiting for me at the end of the aisle.
Austin James has never met me, but that doesn’t mean I don’t know him. With no other choice, I say my vows and pray I can make it through the next eight weeks. Then I’ll leave. What connects us is my best kept secret, and I’ll protect it at all costs even if that means walking away from the only person I’ve ever cared about. 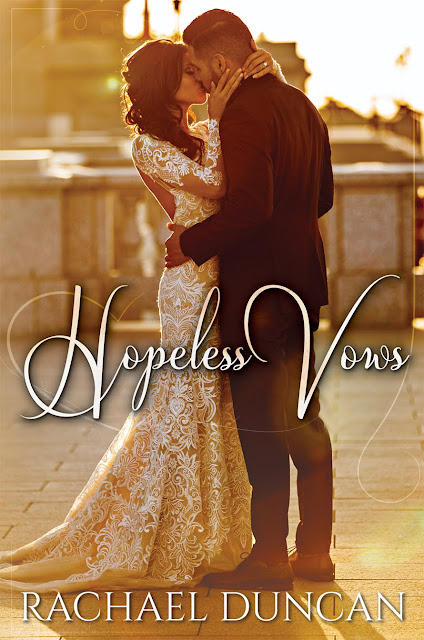 "This is the first book I've read by Rachael Duncan, but it won't be my last. I absolutely loved this book from start to finish." - A.M. Madden, Amazon and Barnes & Noble Best Selling Romance Author


"I can't rate Hopeless Vows high enough and I honestly feel like this will be Rachael's breakthrough novel that will take her places and have her name known all around this community. Brilliant job!" -Swoon Worthy Book Blog


"I haven't had a book hangover in so long and after reading Hopeless Vows, I did. This book is beyond good." -Joanne Schwehm, author of the Prescott Series


"What did I think? I'm honestly not sure I can convey what I think right now. I feel like no matter what words I put down that it won't do this book justice." - Books, Chocolate, and Lipgloss


"Jillian and Austin literally sizzled on the pages. The chemistry was palpable. The characters were well-developed and the plot was so much more than I thought it would be." -Casey L. Bond, author of The Sin Series


"I love the way her writing balances sexiness, humor and hurt, and I find myself able to relate to her characters, no matter how outlandish or unconventional their circumstances." -Give Me Books


"As an author, it's hard for me to find a book that is unpredictable for me. Usually, I can see twists and turns coming from a mile away, but Rachael had a couple for me I never saw coming." -JB McGee, Best Selling Author

The longer this experiment goes on, the more I fall for him, and the more the deceit eats at me. When I lie awake some nights, it crawls up my body, tickling my skin, reminding me that underneath, I’m a horrible human being. Deceitful. Cowardly. Manipulative. Selfish. All negative adjectives, and all describe me. He’ll never find out, taunts an inner voice. What’s worse is that it also tells me it’s okay to keep this from him. That the two of us can live out this fantasy unscathed and content. As delusional as my inner voice is, I find myself clinging to it like a leech, feasting on the lie. 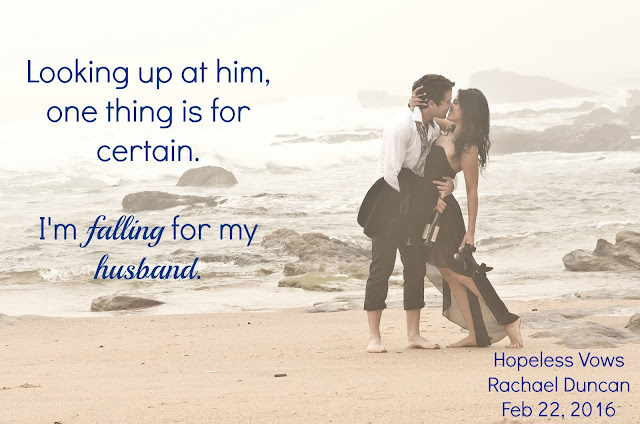 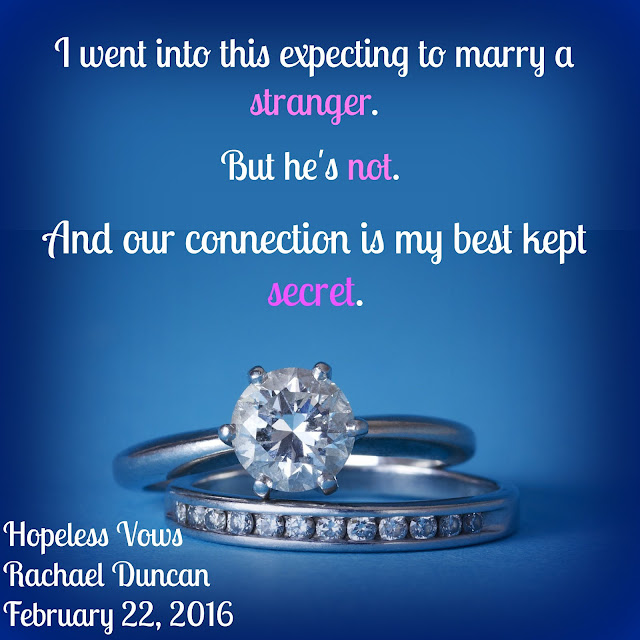 Review:
Do you think you could marry a stranger? Someone who you don't know, who a stranger picks for you? For Jillian she decides that she needs something in her life and what better way than to marry a stranger to find a connection so deep that even though your strangers you can live happily ever after. When Jillian walks down the aisle to her soon to be husband she stops and gasps not because he's gorgeous which he is no because she knows him but he doesn't know her. When Austin sees his bride for the first time he knows that she is the one he's been looking for that she will fulfill everything he's wanted in a bride. No matter how much Jillian try's to keep things platonic she can't Austin is everything to her. And soon their hearts are one and the love they share is incredible. But when Jillian's past comes full force will Austen find out who she really is and will they be able to live through it? 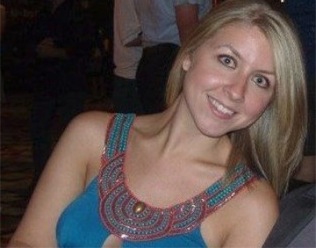 Rachael Duncan is an Army wife to her amazing husband, Steven, and mother to their beautiful daughters, Natalie and Zoe. She grew up in Nashville, Tennessee and went off to graduate from the University of Tennessee with a bachelor's degree in political science. With initial plans to work in politics, she moved to Washington, D.C. and worked on Capitol Hill for a House Representative. After a short time, she realized it wasn't for her and began pursuing other careers until she started writing. She's author of Tackled by Love and The Lies and Truth Duet. 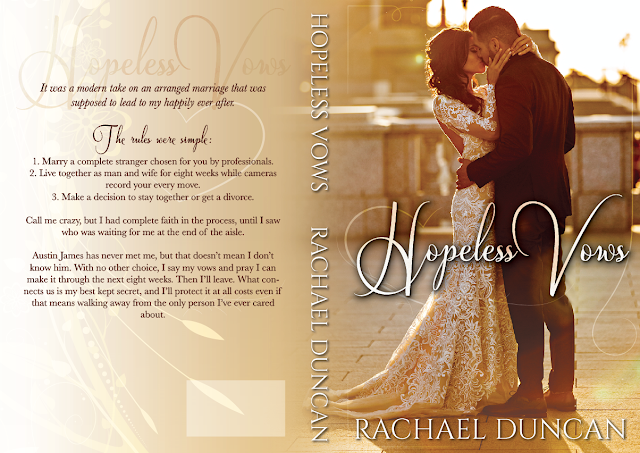