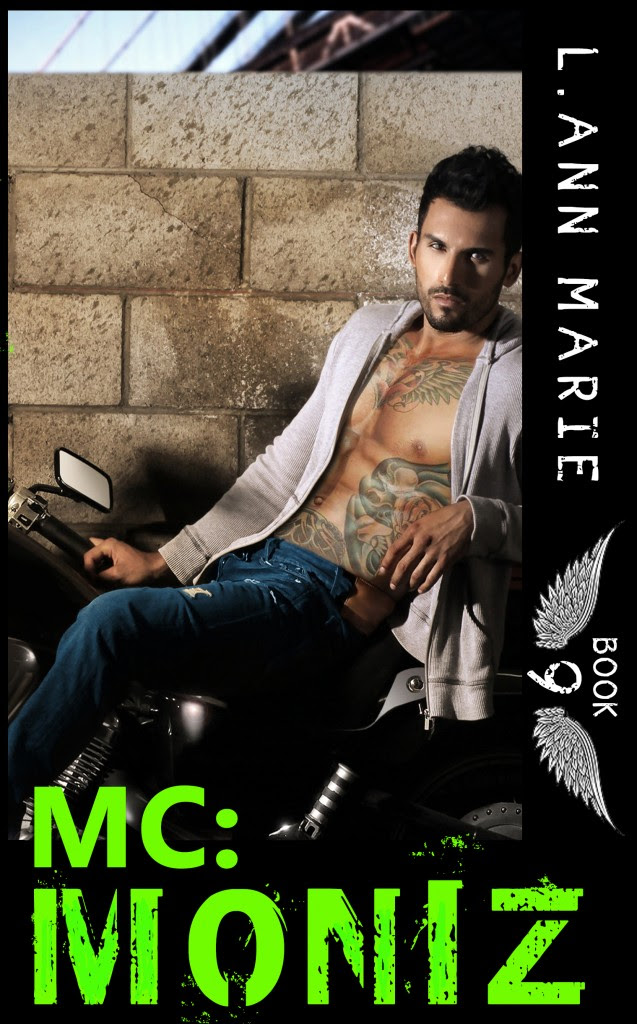 Geek was pulled into the MC given a job and a room. As a runaway those two things meant the world to him. He repaid his benefactors with a loyalty and dedication only members of the Brotherhood understand. No job is beneath him and no Brother is unimportant to Geek. He loves the new direction his MC has taken and will do everything he can to keep it moving in that right direction.
Human trafficking is being bankrolled by someone with the means to shut the MC down. Our typical cast of characters keep this interesting as they continue to fight the good fight in the only way the MC knows how: fire power, foot shots, duct tape and scalping...yeah scalping. They work together with technology, Mitch and Baxter Security to ward off the bad guys.
With the Little Brothers new plans, life becomes complicated, but not as complicated as the five year old that has Geek wrapped and her mother that's unknowingly reeling him in.

The waitress rushes over and he smiles at her saying thanks. She’s not happy being dismissed and I laugh following him to the door. “Schools should have a fuckin’ class for women. Too many don’t understand they should be worth more than a quick roll.” He hits the door hard. He’s pissed making me smile. Then I stop and think. That’s all I’ve been doing. I’m not paying attention and stop short when he does. “Two coming from the side and two in front. I got the front.” He says low. My hand is already pulling my gun. “Let me guess you’re Indian? Get money from the casinos?” A big guy says in front of us. I spin with my gun up stopping the two on the side from coming any closer. “Yeah.” Little Ben says. The two guys laugh. “You are just who we’re looking for. Need some of that.” Little Ben sounds bored. “You should probably walk away at this point but you won’t. So here’s what’s going to happen. My Brother is going to shoot your friends and I’m going to drop you two within three minutes. So we might as well just get it over with.”

I was an account executive that became unemployed when the market crashed. Writing was a labor of love but never a paying one. I am brand new to the author world. When I found people actually reading them I wrote more. With this being number fourteen I still haven’t found a way to make the characters stop talking to me. Now I'm trying to learn about marketing, pages, and review based sales...eeeks. I like writing better!