Revenge. Blood. Lies. Hate.
The good guy is the bad guy and the bad guy is the good guy.
Or is that what they want you to believe?
In a city where crime is at an all time high and new mutilated bodies are showing up every day, who do you trust?
He’s the silent neighbor who vanishes at night and reappears when the morning news is reporting on the latest victim.
How do you know this?
You watch him through the curtains as his silent stalker. Everything about him is twisted, but you can’t get past his stare. It’s hypnotizing and the hardest pull you’ve ever experienced...you know it’s all wrong.
Then he walks through your front door covered in blood.
Who will you trust?

“
“You’ve been fucking that blond all American kid,” he adds.
“I haven’t fucked him.”
“Has he tasted you?”
I slowly nod, feeling ashamed.
“Like I said, you’ve been fucking around with him.”
I scramble to tell him everything and how he’s held this power over me. “It’s your face I see when I’m with him. It’s your face I see when I go to bed. It’s you who I want.” I clutch the sides of his face. “But you won’t give me all of you.”
“Van!” Stew yells, followed by a shit ton of ruckus out in the club.
He sets me down and is gone within seconds. My hands cover my thumping chest as I realize what just happened. My tongue darts out, licking up the little bit of his taste that he left behind on my swollen lips.
Glass crashes in the far off distance as I hear bones breaking and screams soon fill the air over the commotion. I remain frozen to the wall, paralyzed by what just happened. The violence outside doesn’t even rattle me because there’s nothing left to stir up. He’s taken all of me.
Shaking the nonsense from my head, I peek out the end of the hallway and see utter destruction and chaos filling the club and Van is right in the middle of it.
His shirt is ripped once again and this time all the way off as he tries to take down two large men who clearly pissed him off. He gains the upper hand as Stew joins him and helps usher the men to the door.
A few dancers huddled together join me in the dark hall.
“What happened?” I inquire.
“I don’t know. The men just started beating the shit out of each other.”
A petite blonde who is newer and I only know by her stage name Sweet Cheeks speaks up, “I think they may have been exchanging drugs…”
Honey interrupts her, “You saw nothing and will repeat nothing. It’s the only way to stay safe around here.”
Honey stares me down with disgust. “And this bitch deserves no fucking answers.”
I feel the need to defend myself but the venom streaming from her warns me it’s not worth the fucking fight. Pushing out my chest, I ignore her ass. I guarantee she knows exactly what just went down between Van and me. He doesn’t want a stripper whore, he wants me. That’s prize enough.
The front doors to the club slam shut, shattering some glass. When we peek around the corner, Stew and Van make their way back into the club and Van roars, “Closed for the night! Get the fuck out!”
Bodies scatter in every direction. The dancers ditch me to go get dressed–I guess you don’t have to tell them twice about going home early. The large digital clock on the wall reads ten thirty.
Holy shit, Stew is closing down four hours early. Something must be seriously wrong. My legs quake underneath me from the shit storm that just attacked my world. Once they steady up a bit, I walk out into the bar and spot Van down on his knees, examining a little baggy of white powder.
“Bay, head home. The lunch crew can clean up.” Stew’s slumped over on a stool with a whiskey in his hand.
“I can stay and help out.” My voice is feeble as my legs tremble.
“Get your ass home,” Stew grits out.
It’s with dread that I go for my purse and hoodie. Van doesn’t look up as he’s intent on whatever he’s studying. It’s a white powdery substance sprinkled across the floor. My body hungers to go to him, but I know whatever we just shared has been bottled back and locked tightly within him.
“I’ll be back.” I turn to see Van following me out of the club.
Focusing forward, my feet pound the pavement and I hear Van meeting me step for step. My hands fumble with the keys and finally unlock the door, flipping on the porch light quickly. I look back to see Van standing on the sidewalk and then he fades away into the darkness of the night going the opposite way to his place. 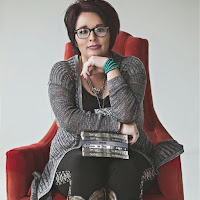 
REVIEW:
Basil grew up with a hippy mom who is crazy but loves her unconditionally. When she decides to venture out on her own she finds herself in an apartment that's run down, but she's happy. Working in a strip club for the first time she is nervous but once she gets the hang of things they start to work out for her. Her love of art is what drives her. When Van shows up at the club she finds that she is drawn to him but he is not who she thinks. Van is dangerous to say the least he won't let anyone get close to him as long as he finds out who set up him. When he lays' eyes on Basil something changes him but sometimes not in a good way. He feels very attracted and protected of her. But at what cost will his feelings be shared. He will protect her at all costs even if it's to break her heart. How can he save himself and her when tragedy strikes?
Hosted By: