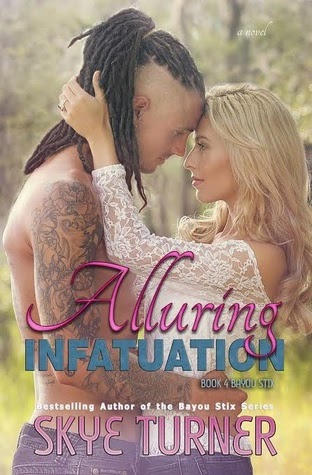 ***Warning. This is an adult romance book and is not intended for anyone under the age of 18. It contains graphic sex scenes and explicit language.***
Dade Rodrigue is the levelheaded, bass guitarist for Bayou Stix, the hottest rock band in the country. He’s the oldest member which often places him in the role of protector and mentor. Women love a rock star and Dade is no exception. When events in his own life become overwhelming, he takes a much needed retreat for some quiet and down time away from his “Dade the rocker” existence.
Melonie Bird is a well-respected OB/GYN with a successful practice. She’s beautiful, smart, and career focused. She likes things neat and orderly and her life is no exception. When her perfect life derails, she takes off on an island adventure to refresh and recharge.
An exotic location, a chance encounter, and two beautiful people -who aren’t quite who they seem- will have both of their worlds spinning.
What happens when the unexpected changes your life? When the things you never thought you wanted turn out to be exactly what you need, what do you do? What happens when the one you can’t forget isn’t exactly who you thought they were?
Can a spark of lust ignite the fire of love? 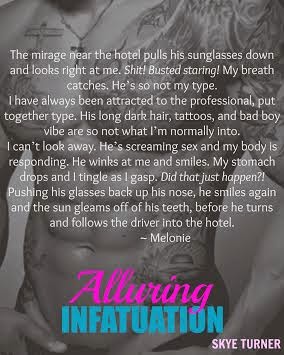 Dade
January
I saw her as soon as I stepped off the bus from the airport. How could I miss her? The sun was reflecting off the blonde hair piled messily on top of her head. She was laughing at something the pool boy was saying as he handed her some pink, frilly drink with a blue umbrella. The umbrella matched her bikini which perfectly showcased her curves.
Her laugh was musical. I couldn’t see her eyes because they were hidden behind mirrored aviators, but something told me they would be light. I bet they’re blue.
The tap on my arm alerts me to the fact that the pretty driver is speaking to me, and apparently has been for a bit. Shifting my attention from the alluring blonde near the pool, I smile sheepishly at her and shrug. “I’m sorry; I spaced out. I apologize. I have no idea what you were just saying.” Her eyes swing toward the pool before returning to my own. “I understand your distraction. The scenery over there is quite beautiful,” she says with a smile.
Unintentionally, my gaze returns to the pool. The aviators are pointed in my direction. Pulling my own shades down, I wink. Her mouth pops open. Smiling, I turn and head into the hotel to get checked in.
After getting settled into the room, I decide to investigate the pool. Maybe the blonde is still there. Spending a few days with her in this tropical paradise wouldn’t be a hardship. I check myself out in the mirror and I see a tall, fit body. My shoulders are defined. My arms are toned and tight and show off my many tattoos. My chest is also chiseled and tattooed and my torso is long and sculpted. I work my ass off for this body and I’m proud of it. The appreciation from the opposite sex doesn’t hurt either.
Lord, I need this break. Things have been insane at home. We just finished a tour with the band. Jude got married. Jessie got engaged. Who the hell would have thought that would ever happen?! My sister is home from California and all I want to do is protect her from the evils of the world, but she and Liam both live in my house now and it’s like a damn warzone. Those two are constantly at each other’s throats. My sweet little sister is just what my philandering band mate needs, and both want the other fiercely, yet both are too outraged at the others mere existence to figure it out. Something needs to happen with them, and soon, or everyone is going to be miserable. Thankfully, I left them alone together while I’m away to figure it out, whichever way it goes, while I catch some sun and decompress. 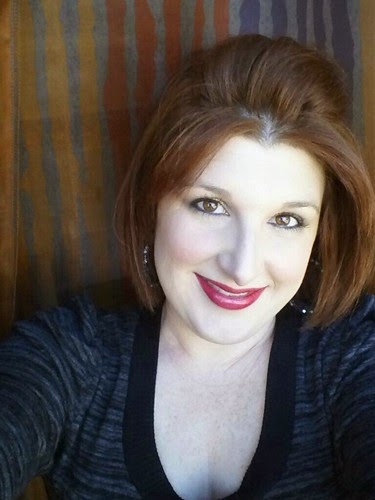 Skye Turner is an avid reader and an editor turned writer.
She attended Southeastern Louisiana University and Louisiana State University where she majored in Mass Communications, centering her studies in Journalism. Unfortunately life intervened and she made the choice to leave her studies.
She lives in small town Louisiana with her husband, 2 children, and 4 fur babies.
When she's not chained to her laptop pounding out sexy stories she can usually be found playing Supermom, reading, gardening (playing in the dirt), listening to music and dancing like a fool, or catching up on her family oriented blog.
Facebook: https://www.facebook.com/SkyeTurnerAuthor
Blog: http://skyeturnerauthor.com/

Oh Dade how we love him. The hot rocker has a soft side that will melt your heart and your panties. He needs a break from the fame and the drama that has become his best friend and sister. He goes to a beach to sit in the sun. When he arrives he has his eyes set on a beautiful women. When he runs into her the sparks fly and their passion can not be ignored. A fling on a beach during vacation heck yeah. Melonie needs a break from her job and after her fling and the ending she can't stop thinking about the man who left a mark on her. However nothing will ever be the same when their worlds collide in the most craziest way. Words are said and hearts are broken, but can Dade and Melonie put their differences apart for the sake of others? Or will their hearts have a mind of their own? What you think will happen will not read about Dade and Melonie and how they beat rocks.