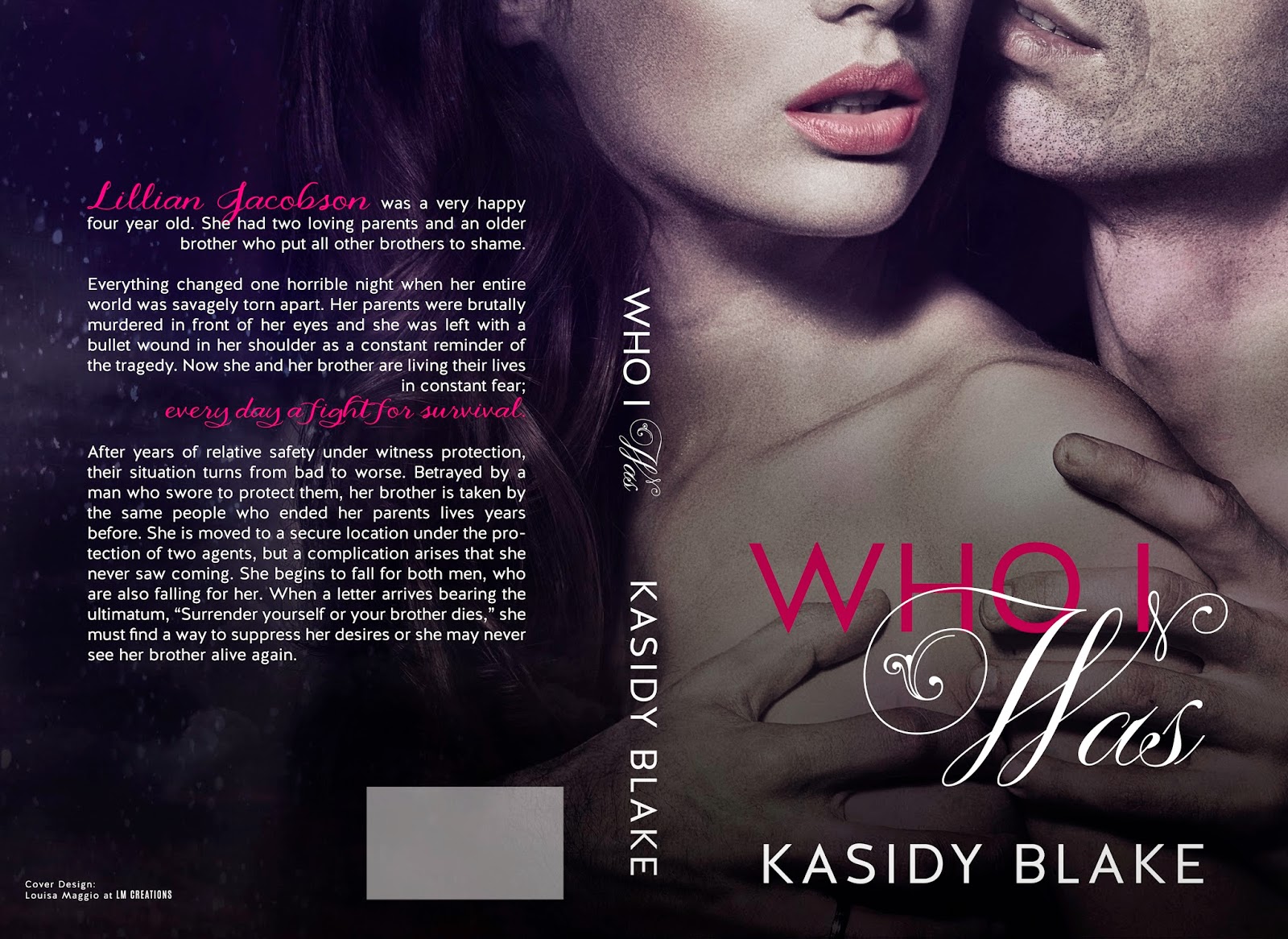 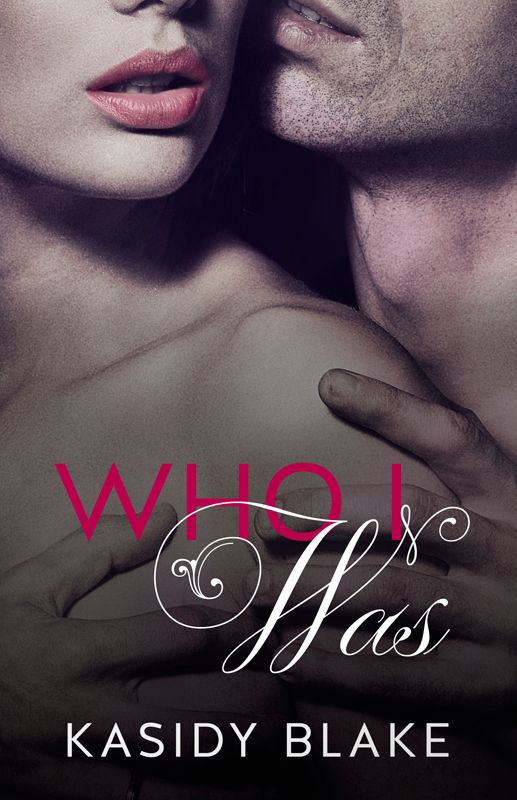 Who I Was
By Kasidy Blake
Release Date: August 21st, 2014
Goodreads Link: https://www.goodreads.com/book/show/22667375-who-i-was?from_search=true
(Please Add Buy Links if it is live when you post. I will be emailing them separately)

Synopsis:
Lillian Jacobson was a very happy four year old. She had two loving parents and an older brother who put all other brothers to shame.

Everything changed one horrible night when her entire world was savagely torn apart. Her parents were brutally murdered in front of her eyes and she was left with a bullet wound in her shoulder as a constant reminder of the tragedy. Now she and her brother are living their lives in constant fear; every day a fight for survival.

After years of relative safety under witness protection, their situation turns from bad to worse. Betrayed by a man who swore to protect them, her brother is taken by the same people who ended her parents lives years before. She is moved to a secure location under the protection of two agents, but a complication arises that she never saw coming. She begins to fall for both men, who are also falling for her. When a letter arrives bearing the ultimatum, “Surrender yourself or your brother dies,” she must find a way to suppress her desires or she may never see her brother alive again.

About Kasidy:
Kasidy is a pen name, however her identity isn’t that much of a secret.  She has been married for 10 years this year to her high school sweetheart. They have two wonderful children.  Kasidy currently works full and part time but she loves it all.  When she isn’t doing any of those things she is either reading or writing!  Her friends and family are super supportive and she knows she would be nothing without them.  Who I was is her Debut Novel. With Who I Became following shortly behind!


This was a great story of murder, lies, and deception as well as love. Lillian and her brother suffered immersible pain and had to go into hiding. But they are not staying hidden long as the person who wants them dead will stop at nothing to get to them no matter the cost. Two men in her life fight her for love, but only one will come out on top. Both are there to protect her and both don't want to loose her in the process of trying to win her. But will she go for the man she has known all her life or the man that has entered her life who is more dangerous and has more secrets that they could destroy them all? I don't want to put to much in this review because I feel it will give the book away. However I could not put it down and read it within a few hours. Enjoy.