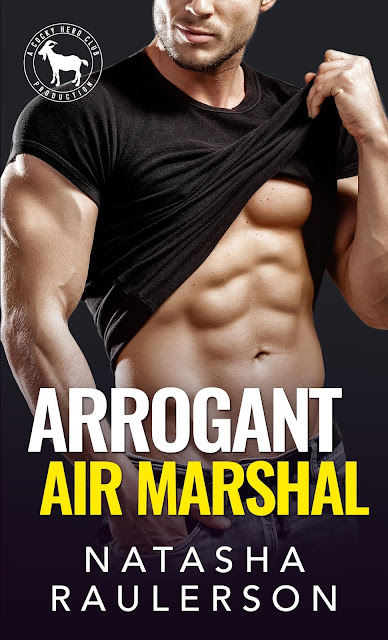 Title: Arrogant Air Marshal
A Cocky Hero Club Novel
Author: Natasha Raulerson
Genre: Contemporary Romance
Release Date: May 30, 2021
Vi Keeland and Penelope Ward are excited to bring you the Cocky Hero Club: original works from various authors inspired by Keeland and Ward's New York Times bestselling Cocky Bastard series.
BLURB
The plane took off and I couldn't stop trembling, despite the soothing sound of the pilot singing a Beatles song over the intercom.
My name is Bianca “Binx” Moretti, and I hack from the rich to give to the poor—mostly. Only I hacked from the wrong rich guy and was literally on the flight for my life.
When Xander Hawke took the seat next to me, he tried to charm me with his smooth talking ways and dimpled cheeks. Yeah, he’s drop dead gorgeous, but he's also arrogant as hell.
And I had more important things to worry about. Like the emergency landing our plane made because of mechanical issues.
Oh, and guess what? Xander Hawke? Yeah, not a sexy playboy model. Nope. He’s a sexy playboy Air Marshal who only sat next to me because he pegged me as a threat.
Stupid, arrogant—
Okay, to be fair, there had been a threat on the plane, but I wasn’t the source.
I was the target.
Stuck in an unfamiliar city, I had to rely on Xander Hawke to keep me alive until I could safely get out of the country.
Sure, we were stuck together for the next few days, but that didn’t mean we had to give into temptation.
Except we did.
What started out as a way to let off steam evolved into something I never expected.
But we stood on opposite sides of the law, so it couldn’t last right?
Except our ending was one I didn’t see coming.
Arrogant Air Marshal is a protector romantic suspense inspired by Playboy Pilot and British Bed Mate. 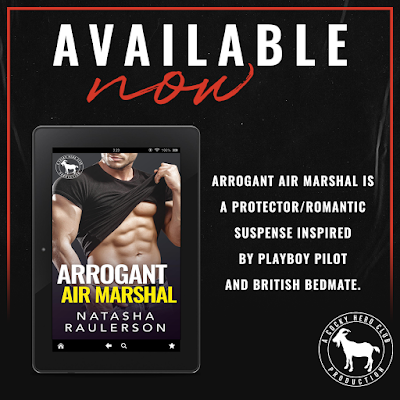 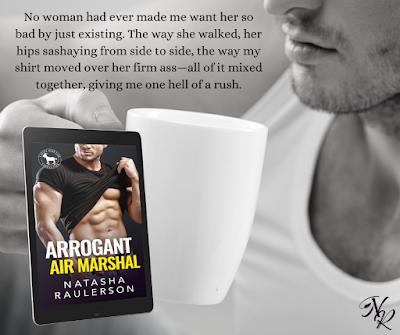 Review:
Watch out for this one it will have you sweating balls and taking names. Bianca is running for her life to make sure no one gets to her. She's smart as a whip and beautiful to boot with a mind like a steel trap. When she tips off the wrong person it's time to cover her tracks and go. What she doesn't expect is the handsome stranger on the plane who saves her from puking and throat punching someone. Xander is an air marshall who just tries to do his job keeping the sky safe. When he notices a woman being shifty he chalks it up to her nerves. Now they are stuck together and something tugs at him that she needs help. He vows to do just that but for Binx, she won't allow it. And these two are in a tug of war of adventure. But what happens when she finally gets caught? And what happens when she finds out who Xander really is? Hot and steamy read. 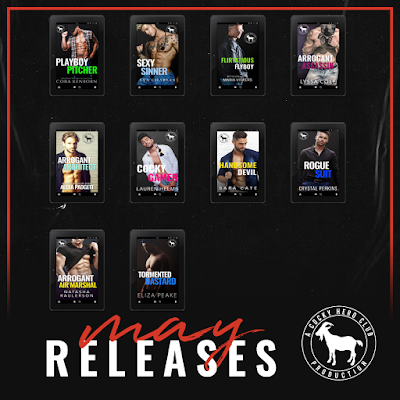 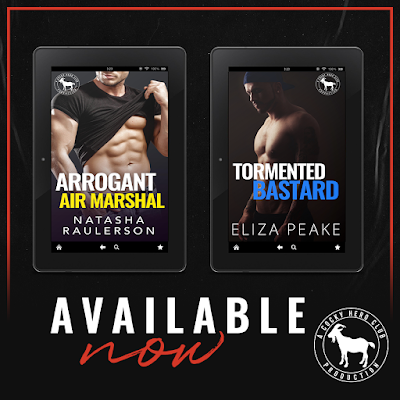 AUTHOR BIO
Natasha grew up as a tomboy hanging with the guys, getting skinned knees, and swimming under the South Florida sun. Tattoos, Jack Daniels, and lounging at the pool are three of her favorite things. She is a wife, a mother, has two fur babies who love puppy piles, and the status of her sanity is pending. 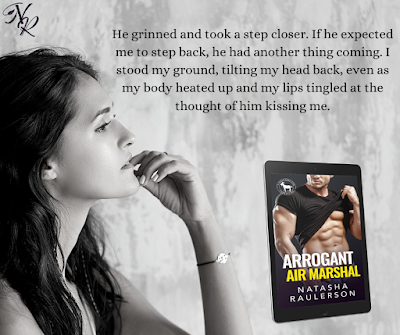