BENEATH THE BILLIONAIRE. Review Tour 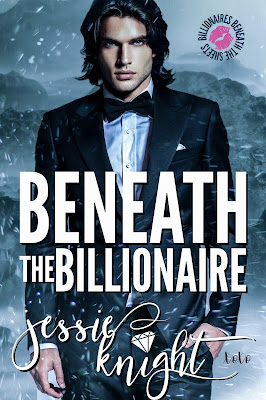 How far will the ruthless billionaire go to seduce his beautiful young neighbor?He inhales deeply as he watches me, the depths of his eyes searching mine for a connection. He wants me, and it terrifies me. I have never felt an intensity of attraction like this before, maybe because he is a man, and I’ve only dated boys.“I’m not staying here.” I say with all the coldness I can muster.His eyes harden. “The time for games is over, Anna.”In one swift motion, he catches me at the waist and swings me over his shoulder like a sack of potatoes, slamming the truck door and making his way to the house through the whirling snow.They say trust your first impression…I should have trusted mine when I first saw him...Time comes to a standstill for a moment as I get sucked into the dark, molten gaze of the most strikingly handsome man I have ever laid eyes on. Player or taken, logic brain informs me. Logic be damned for a hot minute. I pause to examine every detail of his sinfully fine face, like a desert cactus taking a long drink after a dry spell. There’s an essence about him that exudes power and confidence, and potentially perilous aggression, giving me the impression that if there was something before him that he wanted, he would take it.It doesn't take him long to decide that I’m the one he wants to take…I was perfectly happy being single, calling the shots with my own business, in fact, that was my directive. Little did I know just how strange a turn my life was about to take, when I get caught in an early spring blizzard, whilst visiting my newly inherited cabin in a state 16 hours north of my home. And little did I know how far a handsome stranger would go to protect me from the storm. It’s a lot y’all.Before I have so much as a chance to dig into my hefty stack of vacation novels, I am sucked into the world of a man, known by the locals as ‘the Tsar’, and his crazy dysfunctional family and their secrets, and his psychic housekeeper, who has made some unusual predictions. Suddenly, I’m missing the life I carved out for myself down south, or am I? I was perfectly happy being single until I meet Mr. Tall, Dark and Alpha. And now? All bets are off…BENEATH THE BILLIONAIRE is a standalone super steamy romance with a Happily Ever After. Hope you enjoy

He's no southern gentleman, that’s for damn sure...
He inhales deeply as he watches me, the depths of his eyes searching mine for a connection. He wants me, and it terrifies me. I have never felt an intensity of attraction like this before, maybe because he is a man, and I’ve only dated boys.
“I’m not staying here.” I say with all the coldness I can muster.
His eyes harden. “The time for games is over, Anna.”
ANNA: So, my intent is to claim my inheritance while I’m on vacay, and immediately, I’m thrown into the arms of a man known to the locals as, ‘the tsar’. I literally fall and hurt myself in front of him like some damsel in distress. I’ve been burned in love before, and I’m not doing that again.
Valentin decides to take it upon himself to protect me, though I strongly suspect he has ulterior motives. I see how he looks at me, like I’m his prey. He’s a domineering man who thinks he knows what’s best for me, and so hot. But that’s beside the point, I’m an independent woman, and I decide what’s best for me. I didn’t count on him being so cunning, though. He invited me to his mansion, and knew he wasn’t going to bring me back home, for ‘my protection’. Yeah, sure.
But then I decide to steal his truck, since I don’t like being told what to do, and after that, it’s World War 3, except that the enemy wants me in his bed. And he has secrets.
VALENTIN: My psychic housekeeper foresaw her arrival. I’m not sure I believe in Senora Madora’s visions, but then Anna shows up. She’s a wild fiery beauty, and it’s love at first sight. I make no apologies for what I’m about to do in my pursuit of her. I lost my first wife to cancer, and I’m well aware of the brevity of life.
I fall, hard. I want to possess her, body, and soul. Problem is, I’m older, have a crazy dysfunctional family, and a younger brother with boundary issues, and I can’t tell her my biggest secret, because I risk losing her. I’m good at getting what I want, but this time, I’m not sure that getting the woman of my dreams is right for her. And I don’t think I can let her go. But then sometimes, life has a way of throwing curve balls. And some giant ones are about to happen. 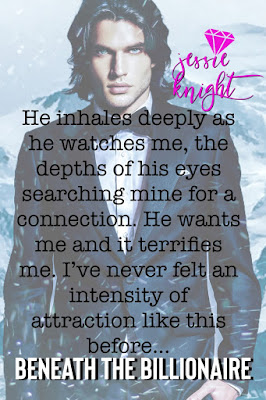 Review:
Anna just needs a break and when she drives up to her grandma's cabin she left her she's about to get more than she bargained for. Anna is strong-willed and doesn't need anything to help her. Her mother is overprotective and wants to make sure she is okay. Enlisting the help of her friends to check on her. A snowstorm is coming and Anna knows she can handle it. However, when she runs into the handsome neighbor things for her are about to change. Valentin is a hardworking man who takes care of his family even if they drive him batty. His long-time housekeeper is amazing and I loved her abilities in this story. When these two start butting heads well someone is bound to get burned. This book is about love, loyalty, and family. It's about two unlikely people that fall in love but have roadblocks ahead of them. Can they overcome it all?

Jessie is a stay-at-home soccer mom with a love for adventure and all the beings (peeps and fur beasties) in her life. Prone to romantic daydreaming, flights of fantasy and a lover of research, she decided to pursue a career in writing fiction, after various twists and turns along the way. She's got a degree in Physics and met the 'ONE' at a local airport. He was a mechanic; she was getting her pilot's license. They've been together for going on 27 years and have since added two beauties and 7 beasties to their family. Jessie is very experienced at failure, but being a soccer mom, she's used to getting dirty. She believes people need sexy love stories with strong heroines and heroes, and hopes you will enjoy reading about them, as much as she loves creating them. Oh, and also, Jessie is her pen name, she loves creating new identities because at one point, she wanted to be an actress.