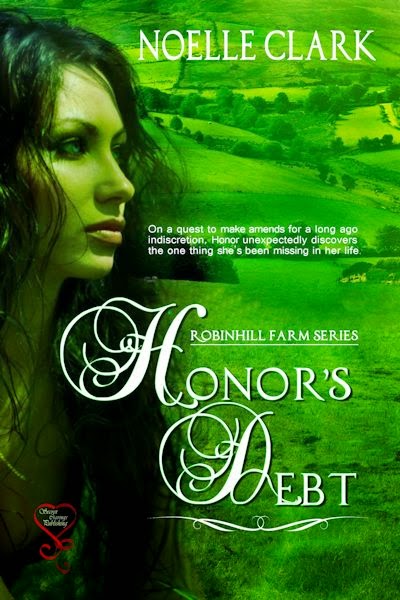 On a quest to make amends for a long-ago indiscretion, Honor unexpectedly discovers the one thing she’s been missing in her life.

Honor Quirk arrives in Ireland excited—and a bit anxious—about meeting up with the estranged family of her late great-grandmother. The welcome from the residents of Robinhill Farm, Dermot and Bryan, is confusing and far from comforting. One is warm, the other aggressive. The outwardly antagonistic Bryan makes it very clear he doesn't want her there, branding her a gold digger.

Dermot, on the other hand, is delighted to meet her.

But Honor is no pushover and stands up to Bryan, letting him know that his bad attitude and trail of baggage have nothing to do with her. Despite their confrontational and hostile relationship, an undeniable attraction to each other creeps insidiously into the house on Robinhill Farm. They both desperately try to stifle the sparks, but living under the same roof makes it impossible. Unable to cope with the turmoil of living with Bryan, Honor runs away, straight into the arms of a charming newfound friend, Sean, who offers her a home—and love.

Shattered, Bryan finally takes control of his irrational belief that all women are evil, and fights to bring back the woman he loves. But is it too late?

Honors debt~Honor is on her way to Ireland to meet her long lost cousins. Well Honor was expecting the difference between Bryan and Dermot! Dermot is warm and inviting and Bryan is dark, brooding,commanding and aggressive! But Honor doesn't care about that, the more Bryan pushes her the more she wants to see the real side of him! While trying to work together and living under the same roof turns into a bit of a problem, there is chemistry between them and trying not to give in into their attraction, Honor moves out and right into the arms of another man, but Honor doesn't want what's being offered and she does not really want him. She wants Bryan! Will Bryan fight for her and will Bryan realizes it before it's to late? Can these two find solace in each other’s arms? 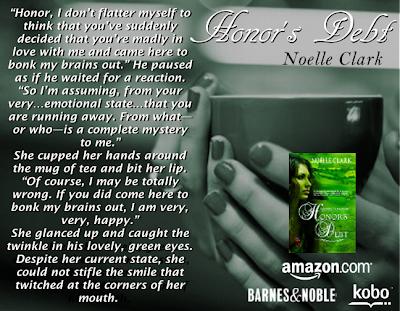 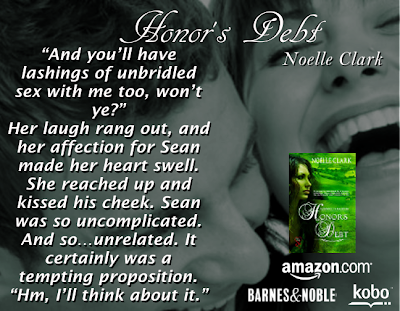 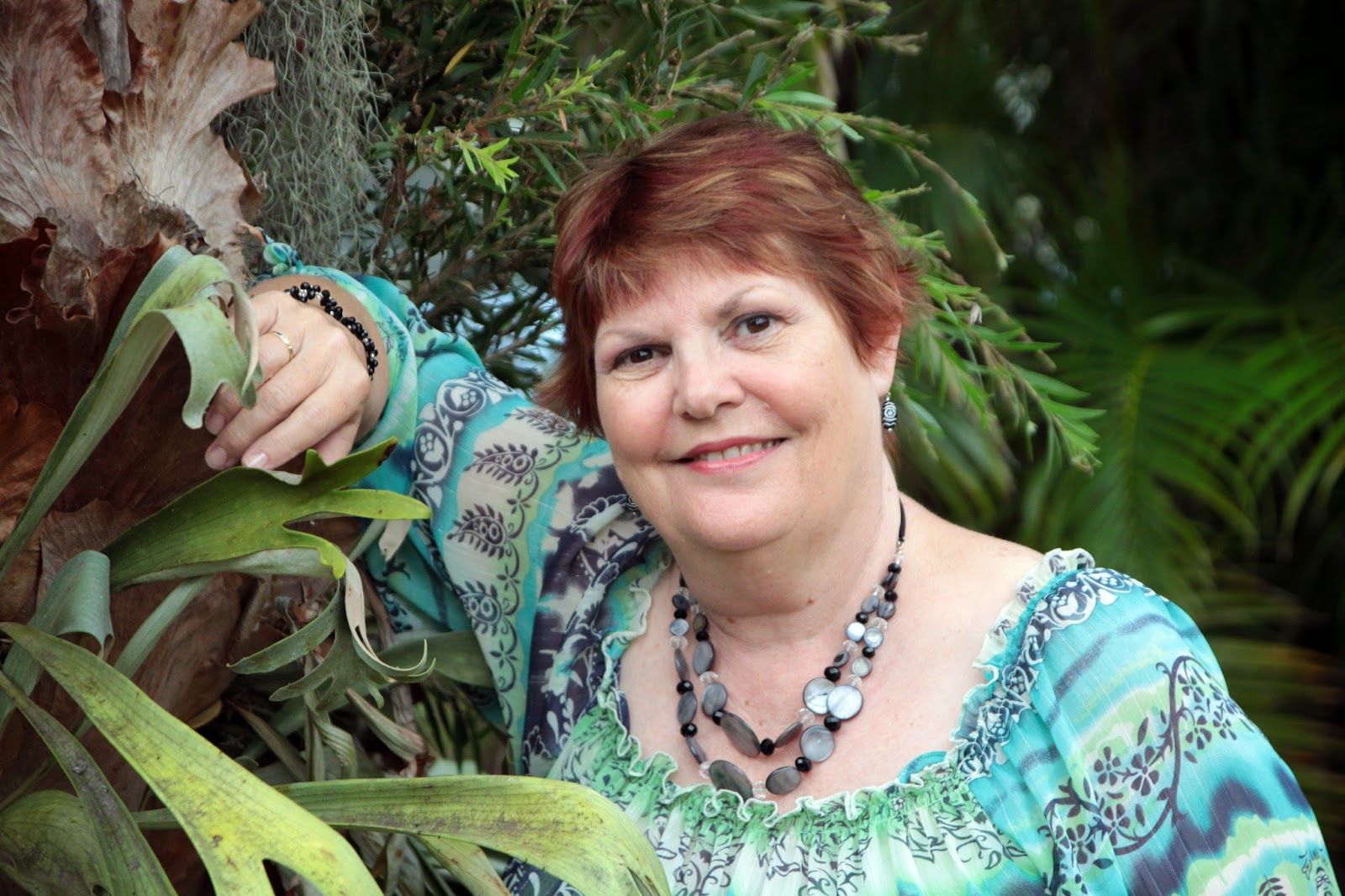 Noelle Clark is an Australian author of contemporary romance and historical novels. Her books weave romance, intrigue, and adventure into colourful and often exotic locations around the world. Widely travelled, Noelle uses real life experience of places, culture, and people, as a backdrop to her stories, giving the reader an authentic taste of the location. Her novels feature strong, mature, heroines and heroes, who—often without knowing it—are ready for new beginnings.

She lives close to the sea and shares her home with two cats and two dogs. She has two grown up children, and five very small grandchildren. When Noelle's not writing and travelling, she plays guitar, tends her vegetable garden, enjoys the company of family and friends, and—of course—reading.